5G to boost productivity and connections in Latin America 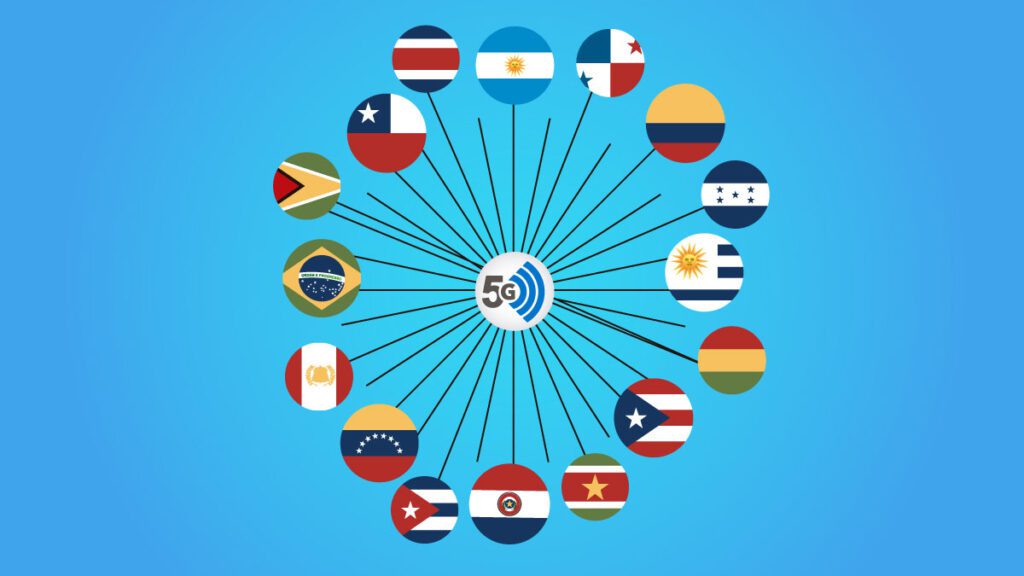 The 5G connections in Latin America are expected to increase from 0.3 million devices in 2020 to 61.9 million in 2025, according to Statista.

This requires significantly enhanced broadband communications, according to Omdia and Nokia’s ‘Why 5G in Latin America’ report, leading to the adoption of 5G which could add $3.3 trillion of value by 2035 and a $9 trillion improvement in productivity.

Latin American and Caribbean (LAC) countries will accelerate adoption of 5G, but it is important to resolve the challenges they will face to successfully deploy the networks in the region. As such, some of the challenges are high implementation costs, securing spectrum, and issues concerning activation.

“Latin American countries must diversify their sources of income and jobs into higher value-added activities. Activities including mining and manufacturing must become more productive and 5G will play an important role on this,” Wally Swain, Principal Consultant for Omdia Latin America said.

The fifth generation technology will lead the 4th Industrial Revolution and transform the society and economy of the future. In a continent where 4G only reaches 50% of mobile connections, some of the procedures to enhance 5G is to finish allocating 4G spectrum, upgrading 4G to be 5G and pushing fiber deeper into the network.

For example, Claro – a part of the Mexican telecommunications company América Móvil – announced on July 2, the implementation of Brazil’s first 5G commercial network.

The carrier also informed that users who buy new smartphones with the 5G DSS technology will have connections 12 times faster than 4G’.

How will 5G impact Brazil? It will witness the largest total gain with $1.216 trillion of 5G Economic impact and an increase in productivity of $3,084 trillion. The ICT industry will be most affected in the country with a $241 billion Economic impact, according to the report.

Another major problem is the underdeveloped infrastructure regarding low broadband penetration costly Internet connection, low usage, and sporadic adoption of mobile technology. One of the major goals for governments is to universalize access to  and  usage  of  broadband which plays  a  key  role  in  society, GDP,  productivity,  and employment.

This macro-economic problem has caused a gap with developed nations in broadband penetration which is not going away. Thus, governments must take a number of actions, including regulatory improvement, establishing institutions, and providing financial support related to investment in the 5G network.