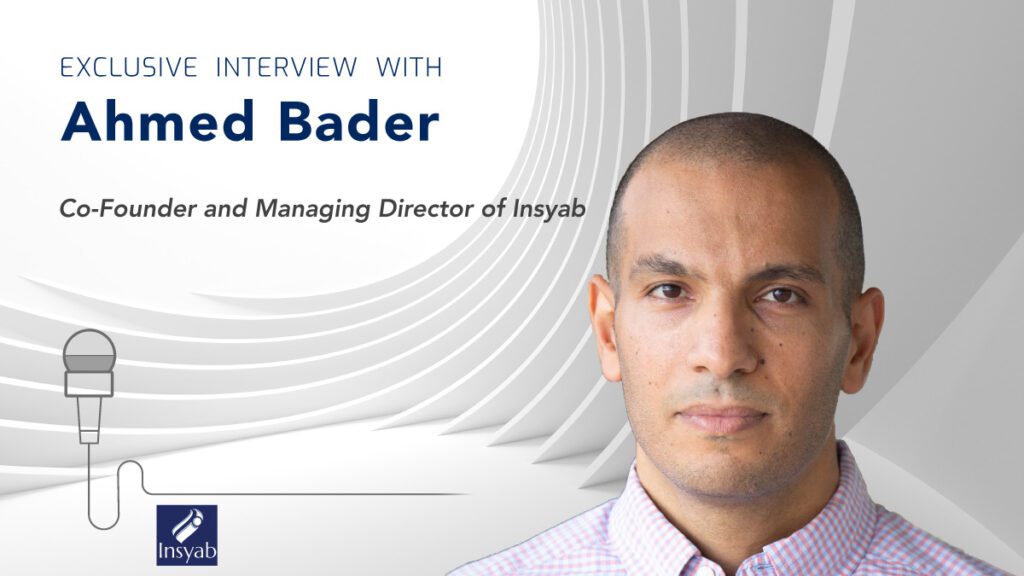 Insyab was launched in Dubai, UAE in 2016 and is currently operating out of the King Abdullah University of Science & Technology (KAUST) Research Park, KSA with a presence in Houston, Texas, USA.
The company’s mission is to offer connectivity and mobility management solutions to unleash the power of collaboration in robotic systems. The company places strong emphasis on continued Research & Development and customer satisfaction.

Tell us about the journey of your company, from its inception to the present day?

It started as a casual conversation back in early 2013. I was telling my friend and PhD co-supervisor, Prof. Slim Alouini of an idea that I had. There was a spark, and we saw an opportunity ahead. The technology was not ripe enough though. So we spent the next 2-3 years working on maturing the technology and experimenting with it using some initial funding we received from KAUST, the university which embraced our vision. It was not until late 2015 when we had something to showcase to a potential customer who happened to fly all the way from Houston, Texas to attend a field demo. Soon after, we incorporated the company which we named “Insyab” and had our first paying customer in early 2016.
This first customer happened to hail from the oil & gas upstream industry. So naturally, we spent the years to follow deepening our knowledge and widening our know-how in this domain.
Today, we offer a range of connectivity, mobility management, and analytics solutions to the O&G industry. We have also worked hard over the past 18 months to diversify into other verticals especially given the repercussions of the COVID-19 crisis. Capitalizing on many of the tools we used for O&G, we are now venturing into the precision agriculture and last-mile transportation domains.

Why is automation such an important tool across industries?

Automation is seen as a tool to enhance efficiency and productivity across various industries. Repetitive low-skilled tasks are better off and safer to be done by robotic agents. This is particularly true when automating field operations.
For example, in a typical geo-exploration operation, tens of thousands of sensors are deployed in what are often considered to be harsh environments (e.g. arid deserts, frozen snowy terrains, or foothills). In fact, these sensors need to be repeatedly picked up and laid down somewhere else over the span of months or even years. Indeed, unmanned aerial/ground vehicles, i.e. drones, are well-positioned to handle such tasks. In other words, drones are used to automate the sensor deployment and retrieval operation.
Another good example of automation and an early adopter of robotics is the logistics industry. I remember back in 2012, it was just thrilling to see Amazon acquiring Kiva Systems for nearly USD 800M. Kiva was among the first companies to develop a warehouse servicing robotics solution.

How can multiple agents (e.g. drones, crawlers, or rovers) cooperate and get the job done faster?

That is a very good question. Obviously, having multiple robotic agents taking a stab at a certain job will slash the time needed to finish it, right? In fact, the message we often preach here is that 1+1=3! It can be demonstrated that when robots work in collaboration, they’re often able to do better. For instance, going back to the geo-exploration example, we’ve shown that 4 drones can deploy sensors in substantially less than a quarter of the time taken by a single drone. This can be done by virtue of load balancing and adaptive mission control in the face of unpredictable events in the field.

If we want to have drones and robots collaborate we need to allow them to talk to each other, right? So wireless communications kicks in as a valuable enabling tool. It may even be the case sometimes that over-the-counter wireless technology is not very well suited. Using the example of geo-exploration again, cellular services are not ubiquitously available in areas where systems are to be deployed. Furthermore, the amount of bandwidth and the ultra-low level latency sought after in these applications make it appealing to develop a proprietary solution. This is what we have exactly done for this market.
In fact, we have come across another good example where the development of custom-made wireless technology was needed. One of the biggest online retailers in the UK, Ocado, wanted to build a fully automated warehouse fulfillment center. This involved the use of automated conveyor belts and robotic agents. They quickly realized the need for highly robust high-bandwidth, low-latency wireless connectivity, and ended up co-developing a customized  solution.

How has automation helped in context to the current pandemic?

While it is still early to offer a quantified response to that, it is pretty obvious how fast factories and warehouses and even farmlands are ramping up the use of robotics and automations in their operations. This is seen as a tool to minimize the impact of disruptions caused by lock-downs or mobility restrictions.
Automation is therefore on a fast-track trajectory to be more deeply embraced and this is clearly fueled by COVID-related concerns. Most importantly, the increased use of robotics and automation on the factory or warehouse floor reduces the likelihood of workers coming into close proximity to each other and hence minimizes hopefully the chances of contagion.

Is Insyab’s solution of real-time wireless connectivity between all components of multi-agent systems more efficient than using cellular infrastructure?

Well, it always depends on the use case. For many industrial automation applications, the cellular infrastructure can take care of the need. However, as mentioned earlier, there are specific use cases in the security, public safety, and energy sectors where the cellular service is not up to speed. This is less likely to be the case as 5G cellular services start to be rolled out. We’re actually quite excited at the prospects of 5G. The recently ratified 3GPP Release 16 and the prospective Release 17 incorporate provisions for robotization and automation. Some of the technology we’ve developed at Insyab looks quite relevant there, and we trust that we’ll start to have some traction with 5G technology developers.

Yes indeed, AirFabric™ is the core wireless connectivity solution that enables robotic agents to communicate with each other seamlessly. But wireless in itself is just an enabler. The key is to plan the collective motion paths of robots such that the underlying mission is executed as efficiently and as timely as possible. So last year, we released an early version of a path planning software module. Given our successful track record in the geo-exploration market, the first trial is expected to take place 4Q2020.
At a different end of the spectrum, and in effort to step up the value proposition, we also started complementing our offering with data analytics and computer vision components. This is primarily provisioned through partnerships with other startups that we work closely with.

How has the current pandemic affected your business? Have these challenges inspired new ideas to cope with the changes?

As you may expect, it had some painful effects on the flow of the business. That was especially true given the meltdown in the oil market back in April 2020. We immediately started to see budget cuts and PO cancellations. Anyway, I think we’ve been able to weather the storm but unfortunately at the expense of reducing our investment in R&D for the time being. We’re also virtualizing our workspace and business routines as much as possible with the hope of picking up pace again when the dust settles.

What has been your most successful mission supported by AirFabric™?

Indeed, the area where we had greatest success is the O&G upstream sector. We’ve also had some good interactions within the security market, where the requirement entailed offering wide-area 24/7 surveillance of strategic infrastructure such as pipelines and critical industrial facilities.

Talk us through the teams’ developmental process when creating these solutions?

Our team members are undoubtedly our best assets. My personal philosophy is to strive to make our team players feel that they actually “own” the project. We’re a small team, so we still enjoy the privilege of discussing our projects collectively and in-depth. When people feel empowered they automatically develop a sense of ownership. You don’t have to worry then about tasks being completed on time and with quality.

We know that many countries ban drones or other forms of aircraft. Do you have any legal licenses in place for this process of development?

It is not us, but rather our customers who would be managing the unmanned assets. So we don’t really fly or steer unmanned vehicles ourselves. Nonetheless, the regulatory framework does have an effect on the overall business potential.
Nonetheless, if you’re asking about the testing we do before shipping a product, then I must say that we’ve been fortunate enough to have an office at the KAUST Research Park, where flying drones for research and development purposes is rather a convenient task.