How to check your broadband speed? 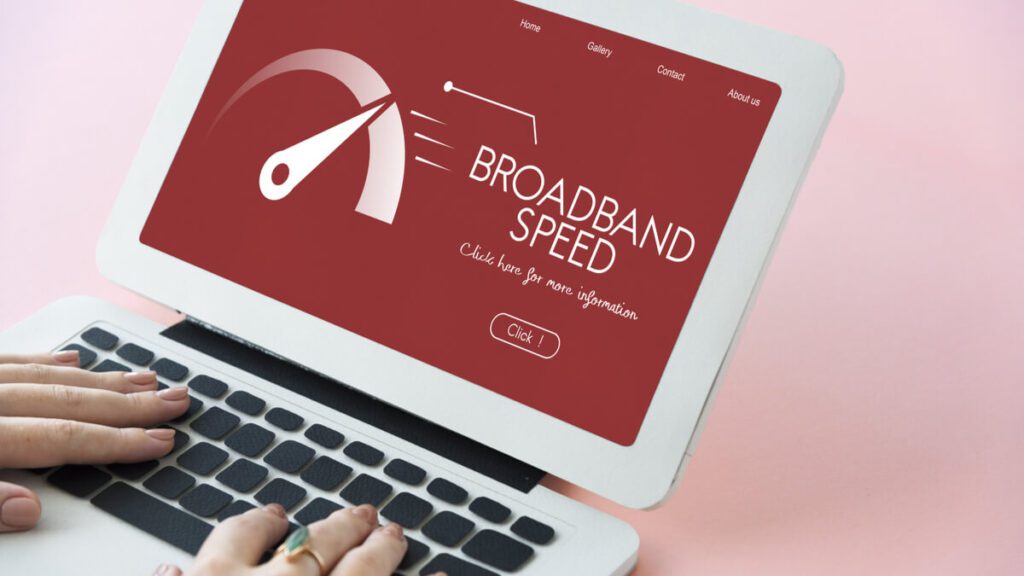 The next time your home internet connection is struggling; to load a website, a round of Warzone is lagging or Netflix keeps buffering while you’re binging that new series — take a few minutes to troubleshoot.

Start by checking your internet connection’s speed, while amplifying any perceived connection issues from your internet service provider is the fact that a lot of us are still working remotely, at least part of the time.

Combine that with kids home for the summer, playing games and streaming videos, and your internet speed can start to falter.

The fix may be as simple as restarting your modem and router — which should always be your first step — or upgrading to a mesh network as a last resort. Below, we’ll show you how to check your internet connection’s speed and offer advice when it comes time to troubleshoot.

Run a speed test on your wireless router

Depending on the wireless router you use, it might be possible to run a speed test through its dedicated app. For example, Google’s Nest Wi-Fi includes the ability to run a speed test in the app or by asking Google Assistant how fast your internet connection is.

It’s best to start by looking in a dedicated app. Eero, Linksys Velop and Asus ZenWifi routers also include the same capability, although not all support asking a smart speaker to run the test.

Using your wireless router’s speed test may prove to be more accurate, in theory at least, because the router is connected directly to your modem.

Router technology, just like any other technology, often changes and it can lead to performance issues. If your router was purchased in the last couple of years, odds are it’s fine and the issue is due to something else.

Conduct a speed test on your computer, phone or tablet

There are plenty of apps and websites that will test the speed of your connection. Some of the more popular speed test services include Speedtest.net, Fast.com or CloudFlare.

Whether you install an app or use a website, it’s a good idea to run the test a few times to get a sense of your connection’s performance. Each test will take under a minute to complete, offering the download and upload speed results.

The Federal Communications Commission published a guideline for household broadband speeds based on the number of devices and people connected to the same network. Basic service ranges from 3Mbps to 8Mbps, and will be good enough for light usage (browsing, email, video calls, streaming HD video, etc).

Medium service is classified as 12 to 25Mbps and is best for up to three users or devices in use at the same time with medium to high usage depending on the activity.

Finally, advanced service is any connection speed over 25Mbps and is best suited for those with more than four users or devices using the connection at the same time for more than light usage.

Your internet connection’s speed will vary based on time of day, the number of devices connected and in use, along with other factors. The suggestion is to run multiple speed tests over the course of a day or two, tracking the results, to gauge your connection’s true speed.

Turn off your modem and wireless router, leaving them off for about 30 seconds, and then turning them back on. Most of the time, this fixes any speed issues, however, there are few more tips people can try to get their network back to working as it should.

The answer isn’t as easy as calling your service provider and informing them of the subpar service. It’s a frustrating fact, but ISPs are allowed to throttle your connection speed. However, there are steps you can take to determine if that’s the case, or if there’s another issue at fault by following this guide.

You can also check your provider’s app or website for an outage. The first thing most people do when their Comcast connection is acting blistered is open the Xfinity My Account app and look for any service issues. When there is one, the app will give them an estimated time of restoration. Knowing that the issue isn’t anything on your end means you can forgo any troubleshooting.

Finally, you can call your provider to ensure your modem supports your plan’s speed, or to see if there are plans or promotions that will be worth an upgrade, so you can get the speeds you need to have a stress-free day of work and play.

In addition, If there’s one thing that everyone knows about internet speed, it’s that not all connections are created equal. Most ISPs offer multiple plans with different speeds, but often these plans also use different technologies to connect you to the internet.

Dial-up internet is the slowest kind of internet connection and is too slow for uses like streaming video. It can’t hit broadband speeds, usually topping out around 50 kbps (only 0.05 Mbps), though depending on the service, it can be much slower. It’s usually pretty cheap, but there are much better low-cost options these days.

Satellite internet uses a satellite signal to wirelessly connect to your home, which can give you the broadband speeds necessary to do things like stream video, but it’s still a relatively slow and expensive option.

Satellite internet speeds range from 5 Mbps to 25 Mbps. Also, since your signal has to reach a satellite in orbit, it has incredibly high latency.

DSL, or digital subscriber line, uses existing telephone networks, but it achieves much higher speeds than dial-up, anywhere from 0.5 Mbps to 75 Mbps. It’s not much faster than satellite and its speed is affected by the distance to your ISP’s central office.

Fiber internet connects you to the web via fiber-optic cables. Fiber is the fastest and most reliable kind of internet service, with speeds ranging from 50 Mbps to 2,000 Mbps (2 Gbps). It also has the benefit of symmetrical upload speeds.