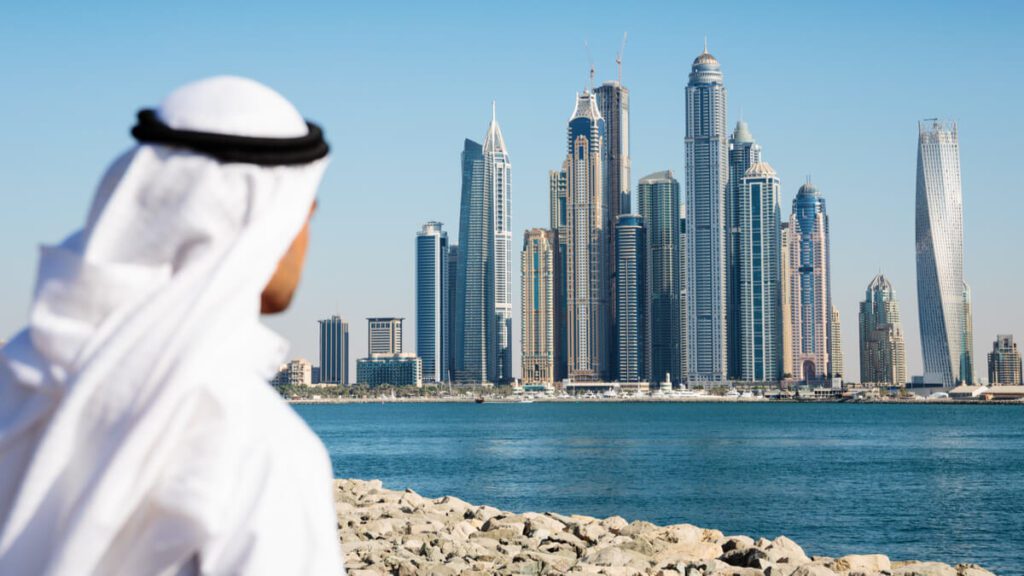 At the luxurious Armani hotel inside the world’s tallest skyscraper in Dubai, Israelis in kippas and Emiratis in long white robes and kanduras gathered Wednesday to discuss investment opportunities. They aimed to make the most of deepening ties nine months after the two countries agreed to formalize relations.

There was extremely little mention of the Palestinians or the fact that barely two weeks ago, Israel was a country still at war.

Rather, the conversations were laser-focused on business. Several Israeli and Emirati speakers opened their remarks with both the Hebrew greeting of “Shalom” and the Arabic greeting of “Salam.” They spoke about boosting tourism, creating jobs, technology sharing, diversifying economies and tackling issues of water scarcity.

Since the UAE and Israel formalized ties in September, tens of thousands of Israeli tourists have come to the UAE — mostly to Dubai or in targeted visits to the capital of Abu Dhabi.

Trade between the two countries has already exceeded $354 million. The two countries have signed around 25 agreements in more than 15 sectors, said Minister of State for Foreign Trade, Thani bin Ahmed Al-Zayoudi, the highest-level Emirati official at the event.

There has been no indication the 11-day war in Gaza, which ended with an inconclusive cease-fire May 21, has slowed down budding Emirati-Israeli ties.

The war killed 254 Palestinians in the Gaza Strip, including 67 children and 22 people from the same family, aged 6-months-old to 89-years-old. Hamas, which rules Gaza, says 80 of its fighters were killed. Thirteen died in Israel, including two children and one soldier, because of the conflict.

The investment forum was worlds away from the war’s devastation. In the lavish and tightly secured Armani ballroom at the Burj Khalifa tower, there was no visible worry or concern on the faces of eager and excited Israeli delegates and speakers, many of whom expressed their astonishment at how rapidly ties have flourished with the United Arab Emirates.

“It’s happening and it didn’t happen before. If you would have spoken to me a year ago, I wouldn’t have guessed that (we) will speak here today in Dubai about all of these things that are happening,” said Israeli Ambassador Eitan Na’eh, who is based in Abu Dhabi.

Na’eh spoke to The Associated Press on the sidelines of the summit, which was billed as the first face-to-face investment conference in the UAE between Israelis and Emiratis since the U.S.-brokered diplomatic pact was signed in September.

The director general of the Abu Dhabi Investment Office, Tariq Bin Hendi, told the audience his country has “helped Israeli companies set up in the UAE.” The office is responsible for attracting foreign investment into Abu Dhabi and diversifying the private sector.

“We want the people of Israel, the people of the world to come and join us, help us on that journey, work with us, learn from us, allow us to learn from you, and ultimately build a strong relationship,” he said.

There were no high-level speakers from Israel at the event, though that may be a result of Israel’s political uncertainty. The list of speakers had also changed quite significantly to exclude several of the original speakers listed on the agenda before the recent conflict.

Last month, the United Arab Emirates issued a rare public rebuke of Israel for heavy-handed police measures in Jerusalem and violent scenes captured by Palestinians of Israeli security forces storming the Al-Aqsa Mosque compound, a site sacred to both Muslims and Jews.

The violence, which erupted in the final days of the Muslim holy month of Ramadan, angered citizens across Gulf Arab states, some of whom expressed support for Palestinians and opposition to Israel on social media or in limited street protests.