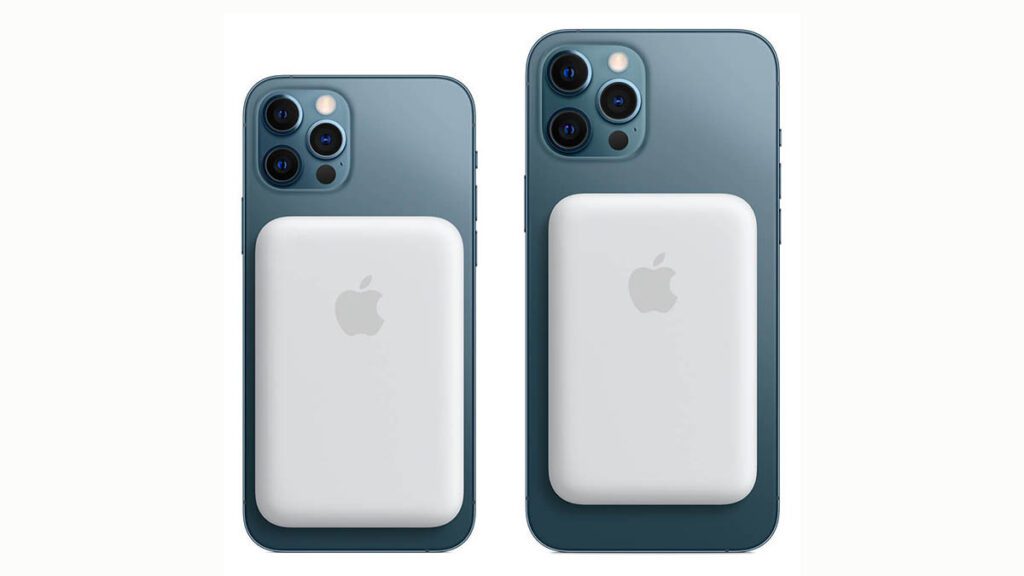 Apple has launched on Tuesday MagSafe wireless battery for its iPhone 12 lineup at the price of $99, the company announced on its website.

The MagSafe battery pack attaches magnetically to the back of one of the ‌iPhone 12‌ models, with the magnets keeping it aligned to your iPhone.

Not only that, but the MagSafe wireless pack can charge AirPods or other devices that support Qi wireless charging.

Users can charge the MagSafe battery along with their iPhone at the same time, Apple’s support page claimed. In this case, iPhones might charge to 80 percent or higher before battery pack begins charging.

It is worth mentioning that iPhones might be susceptible to getting slightly warmer during charge times. In a bid to extend battery lifespan, the iPhone maker noted that if it becomes too warm, software might kick in to limit charging above 80 percent, with iPhones to‌ resume charging when it cools down.

MagSafe comes with a charge management feature that helps maintain battery health once it is connected to power for long periods of time.

When the optimized battery charging feature is turned on, users will receive a notification that let them know when their iPhone is fully charged. However, if they need cap their batteries sooner, they should touch and hold the notification, then tap Charge Now.

From a design perspective, the MagSafe battery pack‌ is available only in white, while appearing to be covered in a silicone coating.

This is not the first instance the tech giant releases a magnetic charging pack, yet it remains the first that can charge up to 15W when plugged in.

As expected, the pack requires iOS 14.7 — a software update that is yet to be released. Since Apple’s website is showing delivery times for the battery pack for as early as July 22nd, it seems as though the update is looming close by.