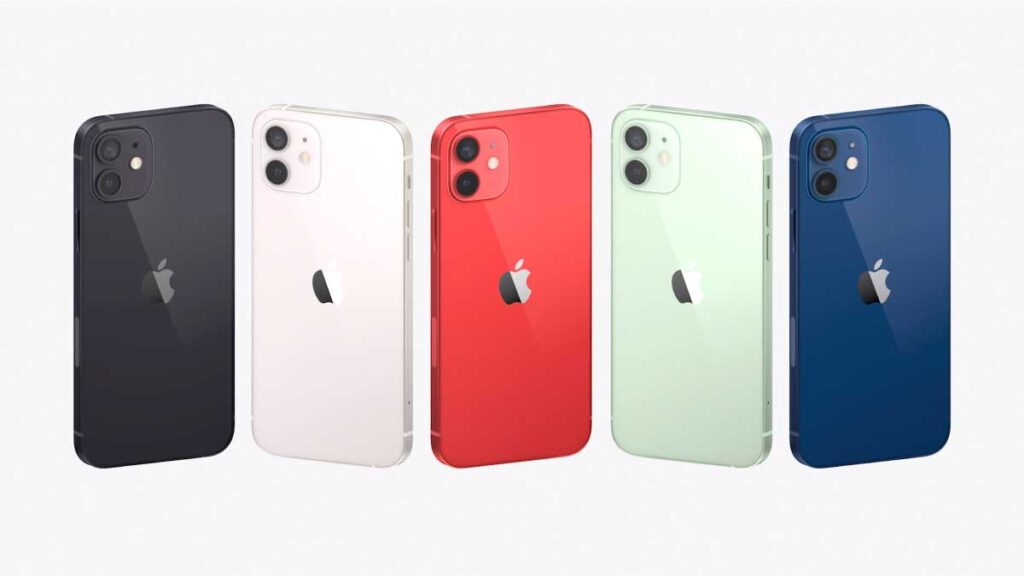 Published: October 14, 2020 by Inside Telecom Staff

In a virtual presentation Tuesday, the company announced four 5G-enabled versions of the new iPhone 12 ranging in price from almost $700 to roughly $1,100. Apple also announced a new, less expensive version of its HomePod smart speaker.

Smartphone sales have been slowing for years as their technology has matured. That has meant far fewer gotta-have-it innovations that can drive demand and, at least until recently, increasingly pricey phones. Add to that pandemic-related economic crisis, and consumers have tended to eke as much life as possible out of their existing phones.

Apple, however, is clearly betting that 5G speeds could push many users off the fence. At its event, the company boasted about 5G capabilities and brought in Verizon CEO Hans Vestberg to champion the carrier’s network.

5G is supposed to mean much faster speeds, making it quicker to download movies or games, for instance. But finding those speeds can be a challenge. While telecom operators have been rolling out 5G networks, significant boosts in speed are still uncommon in much of the world, including the U.S. So far, there are no popular new consumer applications that require 5G.

Updates in the new phones mostly amount to “incremental improvements” over predecessor iPhones, technology analyst Patrick Moorhead said, referring to 5G capabilities and camera upgrades on higher-end phones. But he suggested that if carriers build out their 5G networks fast enough, it could launch a “supercycle” in which large numbers of people switch to 5G phones.

That might be a big if. Mobile expert Carolina Milanesi of the firm Creative Strategies said economic pain caused by the global pandemic and accompanying job losses could easily restrain that buying impulse.

In a move that may annoy some consumers, Apple will no longer include charging adapters with new phones. It says that will mean smaller, lighter boxes that are more environmentally friendly to ship. Apple, however, separately sells power adapters that cost about $20 and $50, depending on how fast they charge phones.

The iPhone models unveiled Tuesday will launch at different times. The iPhone 12 and 12 Pro will be available starting Oct. 23; the Mini and the Pro Max will follow on Nov. 13.

That compresses Apple’s window for building up excitement heading into the key holiday season.

Although other parts of Apple’s business are now growing more rapidly, the iPhone remains the biggest business of a technology juggernaut currently worth about $2 trillion, nearly double its value when stay-at-home orders imposed in the U.S in mid-March plunged the economy into a deep recession.

The pandemic temporarily paralyzed Apple’s overseas factories and key suppliers, leading to a delay of the latest iPhones from their usual late September rollout. The company also closed many of its U.S. stores for months because of the pandemic, depriving Apple of a prime showcase for its products.

Apple on Tuesday also said it was shrinking the size and price of its HomePod speaker to catch up to Amazon and Google in the market for internet-connected speakers, where it has barely made a dent. Both Amazon and Google are trying to position their speakers, the Echo and the Nest, as low-cost command centers for helping people manage their homes and lives. They cost as little as $50, while the HomePod costs almost $300.

The new HomePod Mini will cost almost $100. It will integrate Apple’s own music service, of course, with Pandora and Amazon’s music service in “coming months.” Apple didn’t mention music-streaming giant Spotify. It will be available for sale Nov. 6 and start shipping the week of Nov. 16.

The research firm eMarketer estimates about 58 million people in the U.S. use an Amazon Echo while 26.5 million use a Google Nest speaker. Roughtly 15 million use a HomePod or speakers sold by other manufactures, including Sonos and Harman Kardon.