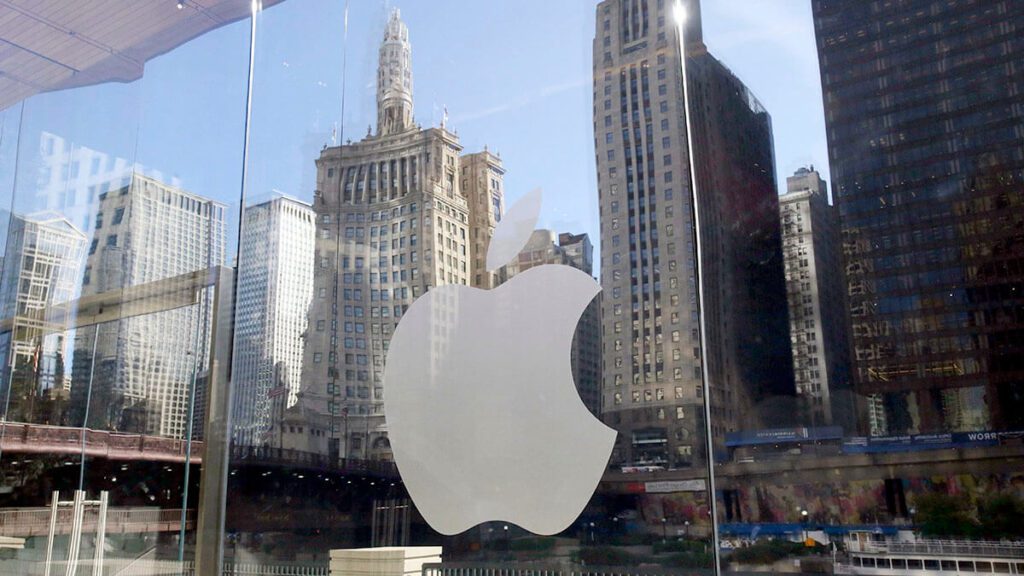 Apple is following through on its pledge to crack down on Facebook and other snoopy apps that secretly shadow people on their iPhones in order to target more advertising at users.

The new privacy feature, dubbed “App Tracking Transparency,” rolled out Monday as part of an update to the operating system powering the iPhone and iPad. The anti-tracking shield included in iOS 14.5 arrives after a seven-month delay during which Apple and Facebook attacked each other’s business models and motives for decisions that affect billions of people around the world.

“What this feud demonstrates more than anything is that Facebook and Apple have tremendous gatekeeping powers over the market,” said Elizabeth Renieris, founding director of the Technology Ethics Lab at the University of Notre Dame.

But Apple says it is just looking out for the best interests of the more than 1 billion people currently using iPhones.

“Now is a good time to bring this out, both because of because of the increasing amount of data they have on their devices, and their sensitivity (about the privacy risks) is increasing, too,” Erik Neuenschwander, Apple’s chief privacy engineer, told The Associated Press in an interview.

Once the software update is installed — something most iPhone users do — even existing apps already on the device will be required to ask and receive consent to track online activities. That’s a shift Facebook fiercely resisted, most prominently in a series of full-page newspaper ads blasting Apple.

Until now, Facebook and other apps have been able to automatically conduct their surveillance on iPhones unless users took the time and trouble to go into their settings to prevent it — a process that few people bother to navigate.

“This is an important step toward consumers getting the transparency and the controls they have clearly been looking for,” said Daniel Barber, CEO of DataGrail, a firm that helps companies manage personal privacy.

In its attacks on Apple’s anti-tracking controls, Facebook blasted the move as an abuse of power designed to force more apps to charge for their services instead of relying on ads. Apple takes a 15% to 30% cut on most payments processed through an iPhone app.

Online tracking has long helped Facebook and thousands of other apps accumulate information about their user’s interests and habits so they can show customized ads. Although Facebook executives initially acknowledged Apple’s changes would probably reduce its revenue by billions of dollars annually, the social networking company has framed most of its public criticism as a defense of small businesses that rely on online ads to stay alive.

Apple, in turn, has pilloried Facebook and other apps for prying so deeply into people’s lives that it has created a societal crisis.

In a speech given a few weeks after the Jan. 6 attacks on the U.S. Capitol, Apple CEO Tim Cook pointed out how personal information collected through tracking by Facebook and other social media can sometimes push people toward more misinformation and hate speech as part of the efforts to show more ads.

It’s part of Apple’s attempt to use the privacy issue to its competitive advantage, Barber said, a tactic he now expects more major brands to embrace if the new anti-tracking controls prove popular among most consumers.

In a change of tone, Facebook CEO Mark Zuckerberg recently suggested that Apple’s new privacy controls could actually help his company in the long run. His rationale: The inability to automatically track iPhone users may prod more companies to sell their products directly on Facebook and affiliated services such as Instagram if they can’t collect enough personal information to effectively target ads within their own apps.

“It’s possible that we may even be in a stronger position if Apple’s changes encourage more businesses to conduct more commerce on our platforms by making it harder for them to use their data in order to find the customers that would want to use their products outside of our platforms,” Zuckerberg said last month during a discussion held on the audio chat app Clubhouse.

In the same interview, Zuckerberg also asserted most people realize that advertising is a “time-tested model” that enables them to get more services for free or at extremely low prices.

“People get for the most part that if they are going to see ads, they want them to be relevant ads,” Zuckerberg said. He didn’t say whether he believes most iPhone users will consent to tracking in exchange for ads tailored to their interests.

Google also depends on personal information to fuel a digital ad network even bigger than Facebook’s, but it has said it would be able to adjust to the iPhone’s new privacy controls. Unlike Facebook, Google has close business ties with Apple. Google pays Apple an estimated $9 billion to $12 billion annually to be the preferred search engine on iPhone and iPad. That arrangement is currently one element of an antitrust case filed last year by the U.S. Justice Department.

Facebook is also defending itself against a federal antitrust lawsuit seeking to break the company apart. Meanwhile, Apple is being scrutinized by lawmakers and regulators around the world for the commissions it collects on purchases made through iPhone apps and its ability to shake up markets through new rules that are turning it into a de facto regulator.

“Even if Apple’s business model and side in this battle is more rights protective and better for consumer privacy, there is still a question of whether we want a large corporation like Apple effectively ‘legislating’ through the app store,” Renieris said.