As Trump digs in, will it be US versus China in tech? 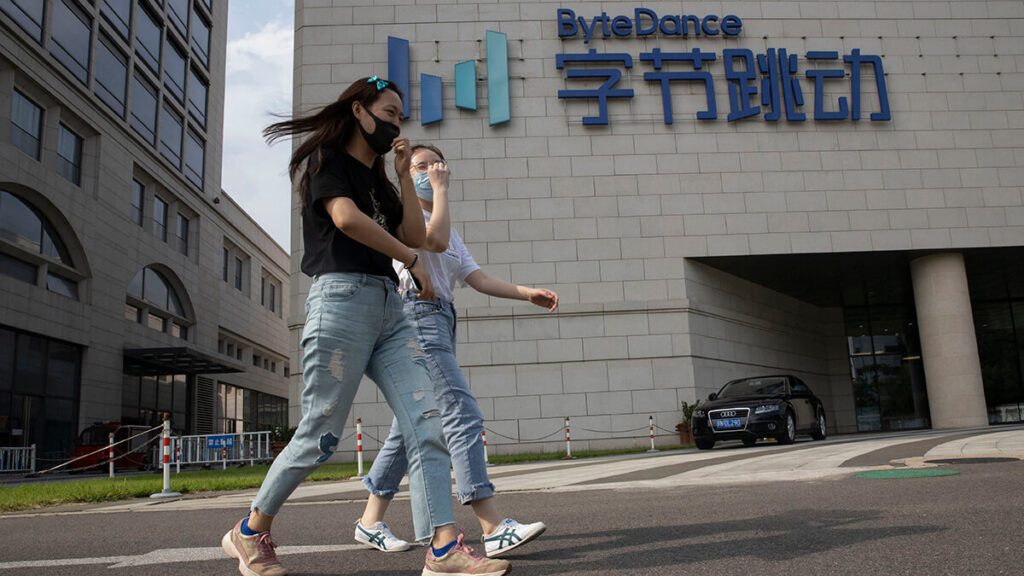 Published: August 08, 2020 by Inside Telecom Staff

NEW YORK (AP) — President Donald Trump’s bans on two popular Chinese social media apps — TikTok and WeChat — are the latest moves in an escalating U.S.-China rift, and point to a future where technology and innovation are increasingly walled behind political barriers.

In China, the Communist Party has long limited what foreign tech companies can do. It blocks access to major U.S. internet services, like Google and Facebook, along with thousands of websites operated by news organizations and human rights, pro-democracy and other activist groups.

Those restrictions have helped nurture homegrown tech giants that in recent years have started expanding, and even dominating, outside China.

Now the U.S. and other countries are putting their own limits on China.

The executive orders from the White House are vague. But experts said they appear intended to bar TikTok and WeChat from the app stores run by Apple and Google when the orders take effect in 45 days. That would make them more difficult to use in the U.S.

“This is a pretty broad and pretty quick expansion of the technology cold war between the U.S. and China,” said Steven Weber, faculty director for the University of California, Berkeley Center for Long-Term Cybersecurity.

The Trump administration has been hawkish against China. A big example is Huawei, the world’s biggest maker of smartphones and network equipment, and China’s first global tech brand. Washington has moved to cut off Huawei Technologies Ltd.’s access to chips and other technology, tried to push allies away from Huawei and barred U.S. government funds from being used to pay for Huawei equipment in U.S. networks, citing security concerns.

Now it’s going after popular services used by millions globally. The effort is driven not only by security concerns but also Trump’s anger at Beijing, blaming China for the coronavirus pandemic and for hurting his re-election chances, according to two White House officials not authorized to speak publicly about private deliberations.

“We are entering an era of an increasingly bifurcated internet, where it may become more difficult for Chinese information companies to succeed outside of China,” said Lindsay Gorman, a fellow specializing in emerging technologies at the Alliance for Securing Democracy.

China’s so-called Great Firewall has allowed Chinese internet powerhouses like e-commerce giant Alibaba, social media company Baidu and WeChat owner Tencent, which makes most of its money from online games and entertainment in China, to amass hundreds of millions of users — in some cases over a billion. For context, Facebook says it has more than 3 billion users across its various apps, including Instagram and WhatsApp and Messenger.

But Bytedance’s TikTok has run into obstacles outside China. In the U.S., where TikTok says it has 100 million users, it may have to sell to Microsoft because of the U.S. government’s national-security concerns. China’s authoritarian government can demand access to data from companies, a concern that has also dogged Huawei. TikTok maintains that it does not share user data with the Chinese government nor censor content at its request. It suggested it would sue to make sure it and its user were “treated fairly.”

WeChat, which has more than 1 billion users, is less well-known than TikTok to Americans without a connection to China. Mobile research firm Sensor Tower estimates about 19 million U.S. downloads of the app. But it is crucial infrastructure for Chinese students and residents in the U.S. to connect with friends and family in China, as well as for anyone who does business with China.

Within China, WeChat is censored and expected to adhere to content restrictions set by authorities. The Citizen Lab internet watchdog group in Toronto says WeChat monitors files and images shared abroad to aid its censorship in China.

“A U.S. ban of on WeChat would deepen the split between the United States and China on a human level by removing the de facto channel of communication for the Chinese diaspora,” said Gorman.

Tencent also owns Riot Games, publisher of hit video game League of Legends, and has a big stake in Epic Games, the company behind video game phenomenon Fortnite. It also has a streaming deal with the NBA.

It’s not clear what will result from Trump’s executive orders, how WeChat and TikTok users will be affected, whether Tencent’s other operations are at risk, or whether there is legal authority for what Trump wants to do.

More actions against Chinese technology companies may be coming from the U.S. and other countries, analysts say. China has a reputation for economic espionage and China-backed hackers have been blamed for breaches of U.S. federal databases and the credit agency Equifax.

“I think we’ll only see even further attempts by the U.S. to ban or prohibit Chinese products, services and investment,” said Andy Mok, senior research fellow at the Center for China and Globalization in Beijing. He noted U.S. Secretary of State Mike Pompeo’s statement this week of wanting a “clean” internet and networks free of Chinese influence.

India has also blocked a slew of Chinese services, citing privacy concerns, amid a border standoff. The U.K. reversed plans for Huawei in its new high-speed mobile phone network. It said U.S. sanctions made it impossible to ensure the security of equipment made by the Chinese company.

“You start wondering what will happen in terms of globalization, both economically and politically, if we have every country having completely separate networks, with completely different technology economies, access to information and social spheres,” said Tiffany Li, a visiting professor at the Boston University School of Law.

The Chinese foreign ministry accused Washington of “political manipulation” but did not indicate how Beijing might respond. Still, the ruling party has used the entirely state-controlled press to encourage public anger at Trump’s actions.

“I don’t want to use American products any more,” said Sun Fanyu, an insurance salesperson in Beijing. “I will support domestic substitute products.”