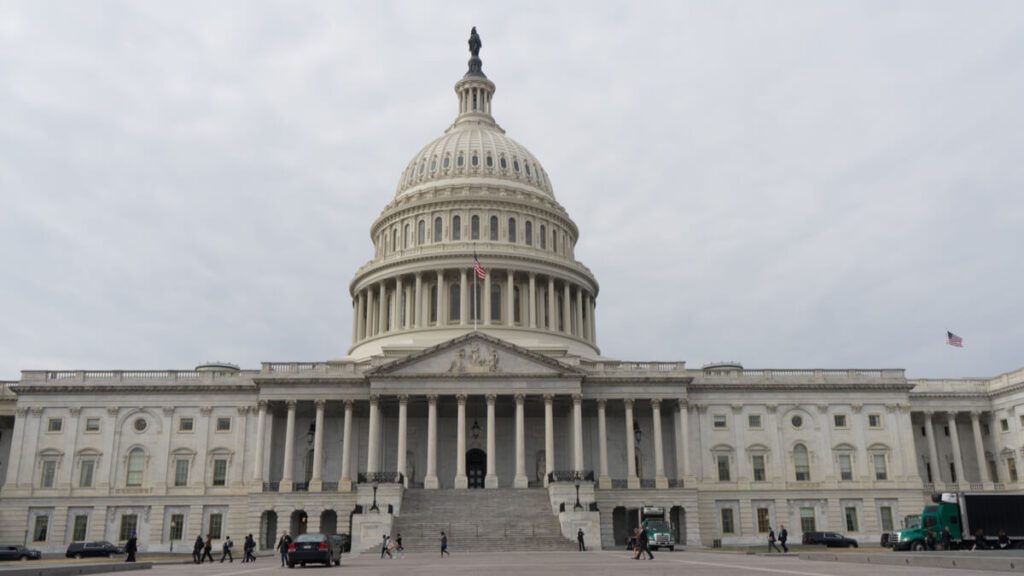 The chief executives of the nation’s largest banks went in front of Congress for a second day Thursday, facing questions ranging from inflation to their efforts to keep Americans in their homes after government aid to pandemic-hit mortgage holders expires this summer.

This was the second hearing Rep. Maxine Waters, D-California and chairwoman of the House Financial Services Committee, has held with the big bank CEOs since Democrats took control of the House in 2019. In the earlier hearing, many of the same CEOs were questioned about their commitments to diversity and about the fees they charge customers.

Waters focused most of her questioning on the potential tide of foreclosures this summer once government aid programs come to an end. There are still roughly 2 million homes in some sort of forbearance, which is down significantly from the height of the pandemic but still involves millions of struggling families.

“I want commitments from all of you that these people are not going to lose their homes,” Waters said.

In response, the bank CEOs who have mortgage businesses — Bank of America, Wells Fargo, Citigroup and JPMorgan Chase — all said they planned to continue offering flexibility to borrowers even past the expiration date.

The CEOs are appearing as the U.S. economy is recovering from the recession triggered by the coronavirus pandemic. Big banks’ profits surged in the first three months of this year as the recovery has taken hold. They were able to release billions of dollars from their reserves originally set aside in the early days of the pandemic last year for potential losses on their loans.

The banking industry, which was blamed for the Great Recession more than a decade ago, has spent most of 2020 and this year stressing its efforts to work with borrowers and businesses. Banks across the country waived fees and put millions of mortgages into forbearance to shore up Americans’ distressed finances in the pandemic.

CEOs like JPMorgan’s Jamie Dimon, Goldman Sachs’ David Solomon and Bank of America’s Brian Moynihan all came to the hearing sharing similar comments they made at Wednesday’s hearing — that the industry is here to help through the pandemic and that the banking system is strong. One new face in front of Congress compared to 2019 is Jane Fraser, the new CEO of Citigroup and the first woman to run a Wall Street firm.

Republicans focused much of their questioning on issues related to U.S. competitiveness with China, rising levels of government debt, as well as the issue of banks choosing not to provide financing to coal companies, gun manufacturers or other controversial industries.

“Your actions would shut down legal American businesses. I would say your actions are not working to advance the economy but actively working against it,” said Missouri Republican Rep. Blaine Luetkemeyer.

Goldman Sachs’ Solomon said that industries like coal are legacy industries but banks will be there to help those companies transition into new technologies.

“There will be new technologies that will create new, even better paying jobs, something that America has always led in,” he said.

Luetkemeyer and other Republicans also pushed on the fact that many of these big banks actively seek to do business in China, which has been accused of numerous human rights violations.

Several members on Congress also asked the CEOs about inflation. Trillions of dollars have been spent under former President Donald Trump and President Joe Biden to combat the economic impacts of the coronavirus pandemic. The economic recovery is well underway, but prices for things such as lumber, steel and gasoline have risen sharply in recent months.

When asked whether inflation is an issue, JPMorgan’s Dimon said that inflation was “heating up, but we are not boiling yet.” Solomon echoed the comments from Dimon, saying that the economy was not overheating yet “but I would be cautious.”

The CEOs were also asked for their opinion on digital currencies like Bitcoin, which have soared in value the past 18 months, but recently have been extremely volatile. The currencies have also been used in criminal activities, like the ransomware attack on a East Coast pipeline company earlier this month.