Published 2 Years Ago on Saturday, Mar 06 2021
By Associated Press 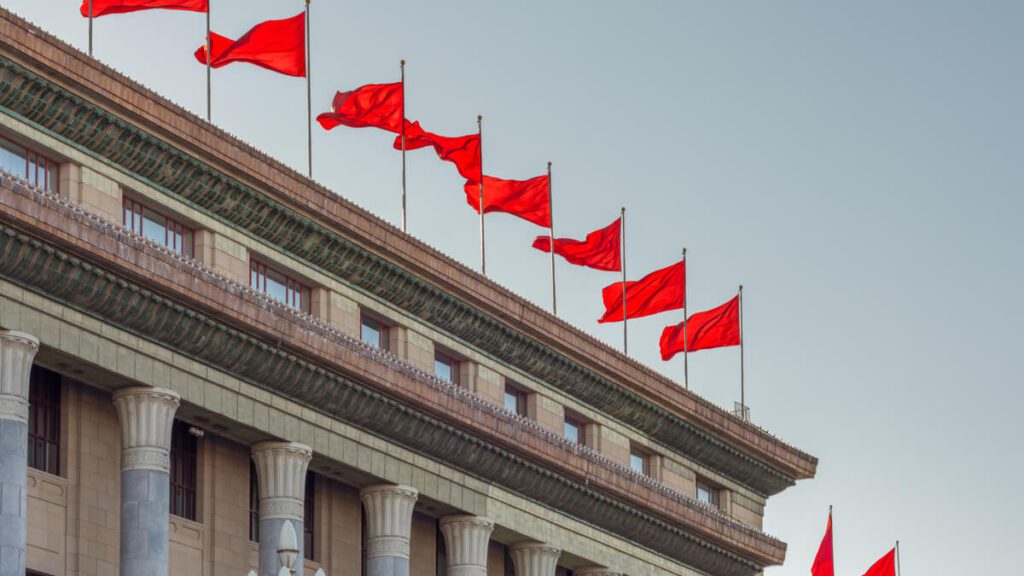 China’s No. 2 leader set a healthy economic growth target Friday and vowed to make this nation self-reliant in technology amid tension with Washington and Europe over trade and human rights. Another official announced plans to tighten control over Hong Kong by reducing the public’s role in government.

The ruling Communist Party aims for growth “over 6%” as the world’s second-largest economy rebounds from the coronavirus, Premier Li Keqiang said in a speech to China’s ceremonial legislature. Some 3,000 delegates gathered for its annual two-week meeting, the year’s highest-profile political event, under intense security and anti-virus controls.

The party is shifting back to its longer-term goal of becoming a global competitor in telecoms, electric cars and other profitable technology. That is inflaming trade tension with Washington and Europe, which complain Beijing’s tactics violate its market-opening commitments and hurt foreign competitors.

Li promised progress in reining in climate-changing carbon emissions, a step toward keeping President Xi Jinping’s pledge last year to become carbon-neutral by 2060. But he avoided aggressive targets that might weigh on economic growth.

The NPC meeting focuses on domestic issues but is overshadowed by geopolitics as Xi’s government pursues more assertive trade and strategic policies and faces criticism over its treatment of Hong Kong and ethnic minorities. The ruling party has doubled down on crushing dissent as Xi tries to cement his image as a history making leader reclaiming China’s rightful place as a global power.

An NPC deputy chairman, Wang Chen, said a Hong Kong election committee controlled by businesspeople and other pro-Beijing figures will be given a bigger role in choosing the territory’s leader. Wang said the Election Committee will be allowed to reject candidates for the 35-member Legislative Council.

That came after a spokesman for the legislature on Thursday said Beijing wants “patriots ruling Hong Kong,” fueling fears opposition voices will be shut out of the political process.

At last year’s legislative session the party imposed a national security law on Hong Kong following pro-democracy protests. Dozens of activists have been arrested under the law.

Also Friday, the government announced a 6.8% rise in military spending to 1.4 trillion yuan ($217 billion) amid territorial disputes with India and other neighbors and ambitions to match the United States and Russia in missile, stealth fighter and other weapons technology.

That is less than the double-digit increases of earlier years but a marked rise in real terms when inflation is close to zero. Foreign analysts say total military spending is up to 40% more than the reported figure, the world’s second-highest after the United States.

China became the only major economy to grow last year, eking out a multi-decade low 2.3% expansion after shutting down industries to fight the virus. Growth accelerated to 6.5% over a year earlier in the final quarter of 2020 while the United States, Europe and Japan struggled with renewed virus outbreaks.

The 6% target is higher than expectations for the United States and other major economies but less than the 7%-8% forecasters expected Li to announce.

That suggests Beijing is “shifting focus from quantity to quality of economic growth,” said Chaoping Zhu of J.P. Morgan Asset Management in a report.

Li vowed to “work faster” to develop tech capabilities seen by communist leaders as a path to prosperity, strategic autonomy and global influence. Those plans are threatened by conflicts with Washington over technology and security that prompted then-President Donald Trump to slap sanctions on companies including telecom equipment giant Huawei, China’s first global tech brand.

Li promised to pursue “green development” following Xi’s pledge last year to ensure China’s carbon emissions peak by 2030 and to achieve carbon neutrality by 2060. That will require sharp increases in clean energy in an economy that gets 60% of its power from coal and is the world’s biggest source of climate-changing industrial pollution.

He promised to reduce carbon emissions per unit of economic output by 18% over the next five years. That is in line with the previous five-year period’s goal, but environmentalists say Beijing needs to do more.

“It defers some of the most important questions to the future,” said Li Shuo of Greenpeace.

Li repeated official promises to promote “peaceful growth of relations” with Taiwan but announced no initiatives toward the self-ruled island that split with the mainland in 1949 after a civil war.

Beijing claims Taiwan as its territory and has threatened to invade if it tries to make its de facto independence official. Li said the mainland will “resolutely deter” any activity “seeking ‘Taiwan independence.’”

This year’s legislative meeting is being held mostly by video links to keep Chinese leaders, delegates and reports separate as an anti-virus measure.

Last year’s meeting was postponed from March to May due to the outbreak. The official Xinhua News Agency said the decision to stick to this year’s political calendar shows life is “returning to normal.”

The ruling party earlier announced it achieved its goal of doubling economic output from 2010 levels by last year, which required annual growth of 7%. Xi has talked about doubling output again by 2035, which would imply annual growth of about 5%, still among the highest for any major economy.

As Xi has sought to cement his image as a history-making leader who is reclaiming his country’s rightful place as a global power, China has doubled down on repression of dissent in ways that could stifle innovation.

The ruling party’s desire for the prosperity produced by free-market competition also clashes with its insistence on playing a dominant role in the economy and strategic goals of reducing dependence on other countries.

Beijing will promote “domestic circulation,” Li said, a reference to official pressure on industries to use more Chinese-supplied components and technology and rely less on foreign inputs, even if that increases costs.

That emphasis on self-reliance and the conflict with Washington has fueled fears the world might split into separate U.S., Chinese and other industrial spheres with incompatible technologies, less competition and higher costs.

The goal of “decoupling them from foreign technology” is “more likely to harm productivity than help it,” Mark Williams of Capital Economics said in a report this week.