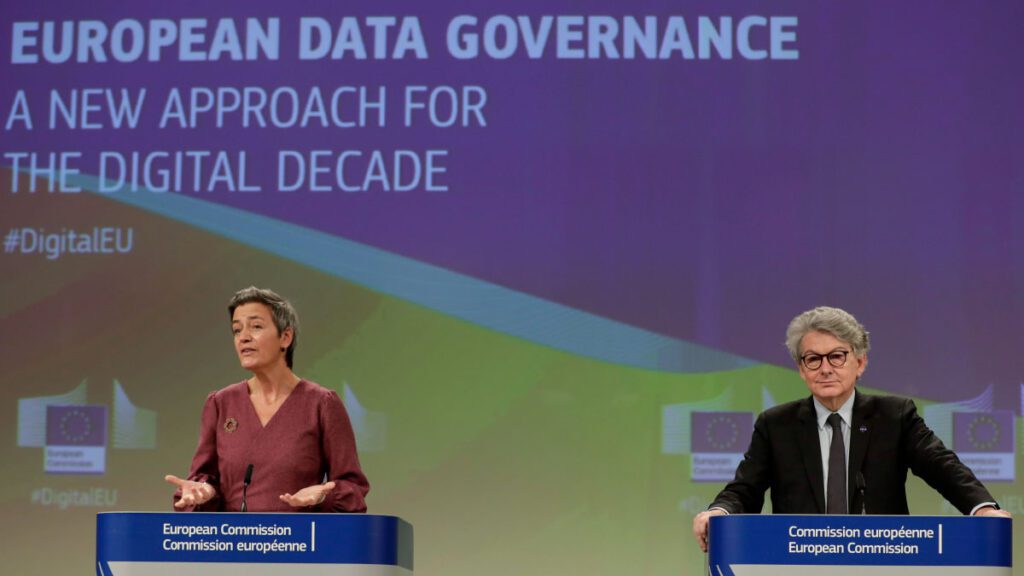 Published: November 26, 2020 by Inside Telecom Staff

The European Union is laying out new standards for data giving Europeans more control over their personal information as it seeks to counter the power of U.S. and Chinese tech companies.

The EU’s executive Commission on Wednesday proposed new rules on the handling of data that would aim to give people, businesses and government bodies the confidence to share their information in a European data market.

The proposed legislation would would spell out how industrial and government data – normally off limits because of intellectual property rights, commercial confidentiality or privacy rights – could be shared to help society or boost the economy. The bloc’s strict privacy rules would still apply, with mechanisms in place to preserve confidentiality or anonymity.

The aim is to drive innovation in areas such as health care or climate change by allowing data to be more easily shared with companies or researchers.

Individuals could choose to donate their data for altruistic reasons – for example, a person with a rare disease providing their health information to medical researchers. Or people could allow access for a fee or use of a service. The new rules could pose a challenge to big tech companies like Google and Facebook that currently make billions in revenue by using data to sell ads and other services.

The proposal, known as the Digital Governance Act, calls for raising trust in data sharing by setting up a new system involving neutral and trustworthy middlemen who act as brokers of pools of data.

Europeans would be able to get more control of their data through “personal data spaces” that have tools and services that let them decide who can access their data and for what purpose.

“With the ever-growing role of industrial data in our economy, Europe needs an open yet sovereign Single Market for data,” he said.