EXPLAINER: How phones can alert you to COVID-19 exposure

Published 2 Years Ago on Monday, Dec 07 2020
By Inside Telecom Staff 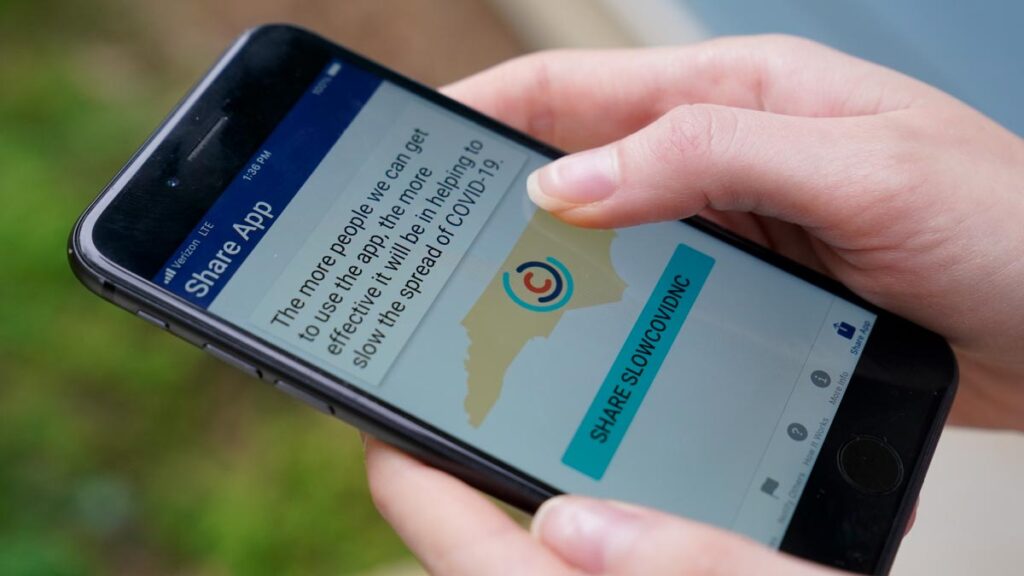 More than 8.1 million people in the U.S. have turned their iPhones and Android devices into pandemic contact-tracing tools, but it hasn’t been of much use when their neighbors, classmates and coworkers aren’t on the same system.

Apple and Google co-created “exposure notification” technology to alert phone users if they spent time near someone who tests positive for the coronavirus, so they know to get tested, too.

It’s built with tight privacy restrictions to maintain users’ anonymity, but the tech companies have left it to each state’s public health authority to decide whether to use it. So far, 16 U.S. states, plus Guam and Washington, D.C., and more than 30 countries have made the exposure notification system available to their residents.

HOW DOES IT WORK?

The technology relies on Bluetooth short-range radio signals to detect when two phones are in close proximity for long enough for someone to likely transmit the virus. Most states measure that close contact as within 6 feet for at least 15 minutes in a day.

Those wireless encounters — the kind that might happen between strangers on a train or in a crowded store — are randomly generated into keys and temporarily logged in a way that doesn’t reveal a person’s identity or geographic location.

When one person tests positive for the virus, and state health workers verify the diagnosis, others who recently spent time near the infected person get an automatic alert. That also comes with advice from your state health agency about how to get tested and avoid spreading the disease.

WHERE AND HOW CAN YOU USE IT?

In Colorado, Connecticut, Maryland and Washington, as well as Washington, D.C., iPhone users don’t have to download an app, but will have to adjust their phone settings to consent to the tracking. Android users in those places must download an app that Google has automatically generated for the region’s public health agency.

Four other states have a limited pilot program: Arizona, California, Hawaii and Oregon.

WHAT IF YOU CROSS BORDERS?

If you travel between the places where the technology is activated, in most cases it doesn’t matter that you’re using your home state’s app. It still tracks if you’ve been exposed elsewhere.

That means, for example, New Jersey residents who download their state’s app are still going to pick up signals from New York app users if they spend the day in Manhattan.

That’s because a group of coordinating public health agencies has set up a shared national server of Bluetooth keys. A similar arrangement happens across some national borders in the European Union.

Yes, some as much tied to human behavior as technology. Users have complained about the process for confirming a case, which can vary by state but typically relies on a conversation between the infected person and often-overwhelmed human contact-tracing teams.

As a protection against prank alerts, no notifications are triggered until the public health agency has verified that an app user has COVID-19. In some states, someone who tests positive and wants to tell other people about it must first get a code from a health worker. Some users never get that code, or get it but never enter it into the app. Amid a raging pandemic, it’s not always the first thing on everyone’s mind.

HOW MUCH PARTICIPATION MAKES IT EFFECTIVE?

Guam officials said they were advised to get 60% of the island territory’s adult population using the app for it to be effective, but it’s rare for even the best-known consumer apps to get that kind of reach.

Add the politicization of COVID-19 response in the U.S., the stigma of disease, privacy fears and confusion over every state having a different approach and it’s not surprising that enthusiasm has been lacking.

The 60% goal came from an Oxford University study earlier this year, but Oxford researchers later emphasized that even far lower participation rates can save lives.

They estimated in September that, in the state of Washington, a “well-staffed manual contact tracing workforce combined with 15% uptake of an exposure notification system could reduce infections by 15% and deaths by 11%.” Washington’s system went live on Nov. 29 and within a day had about 9% adoption.

Participation has been highest in states where iPhone users don’t have to download an app and get a pop-up prompt inviting them to consent to the tracking.