Google gets into sleep surveillance with new Nest Hub screen

Published 2 Years Ago on Wednesday, Mar 17 2021
By Associated Press 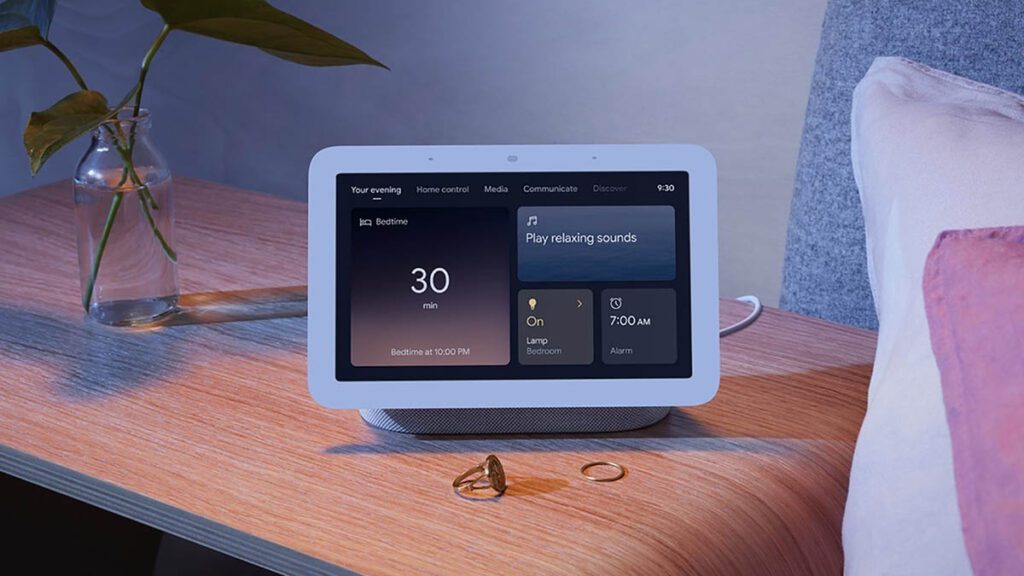 Google’s next internet-connected home device will test whether consumers trust the company enough to let it snoop on their sleep.

New sleep-sensing technology will be a key feature on Google’s latest version of its Nest Hub, a 7-inch smart screen unveiled Tuesday. Like the previous generation, the $100 Nest Hub can display pictures and video in addition to fielding questions and handling household tasks through Google’s voice-activated assistant. It also doesn’t feature a camera.

But the latest Nest Hub’s new trick may help differentiate it from similar devices, such as Amazon’s Echo Show, while also providing a springboard for Google to get more involved in helping people manage their health.

If you allow it, the device will also monitor your sleeping patterns from your bedside, negating the need to wear a fitness device or any other potentially bothersome gadget in bed. The feature, which Google intends to offer for free through at least this year, relies on a new chip Google calls Soli, which uses radar to detect motion, including the depth of a person’s breathing.

The Nest Hub is supposed to generate weekly sleep reports with easy-to-understand breakdowns on the length and quality of sleep, how frequently the user gets up at night and snoring and coughing frequency, along with tips developed in consultation with the American Academy of Sleep Medicine.

Google says it honed the technology by studying 15,000 sleeping people over a combined 110,000 nights.

That kind of help may sound appealing to the millions of people who have trouble sleeping. But the feature may also raise privacy concerns — especially given Google’s long history of online surveillance to collect personal details such as interests, habits and whereabouts to help sell the digital ads that generate most of its revenue.

It also underscores Google’s obvious intent to extend its tentacles into new areas of people’s lives in its relentless quest to make more money, said Jeff Chester, executive director of the Center for Digital Democracy, a consumer and privacy rights group.

“Google’s goal is to monetize every cell of your body,” Chester said.

The sleep sensing feature will remain free through the rest of this year, but Google could eventually sell it as a subscription service, acknowledged Ashton Udall, Google Nest’s senior product manager.

The company may also eventually tweak the feature to work with its FitBit line of fitness devices, which Google took over in January. That $2.1 billion purchase has raised concerns that Google could use those gadgets to peer more deeply into people’s personal health.

Google is emphasizing the privacy protections built into the sleep sensing feature. For starters, users will have to turn it on themselves. The Nest Hub will also have controls that Google says will make it clear when sleep tracking is on and to make it easy to delete data from the device.

All audio will be kept on the device, meaning it won’t be sent to Google’s data centers, although other sleep information will be provided to generate the analysis and reports. None of the information collected through the sleep sensing feature will be used to sell ads, Udall said.

But Chester is skeptical about that pledge. Knowing an individual’s sleeping patterns, for instance, could help Google know when a person is feeling anxious or sick, Chester said, and those insights could influence which ads to show.