In snub to US, Britain will allow Huawei in 5G networks 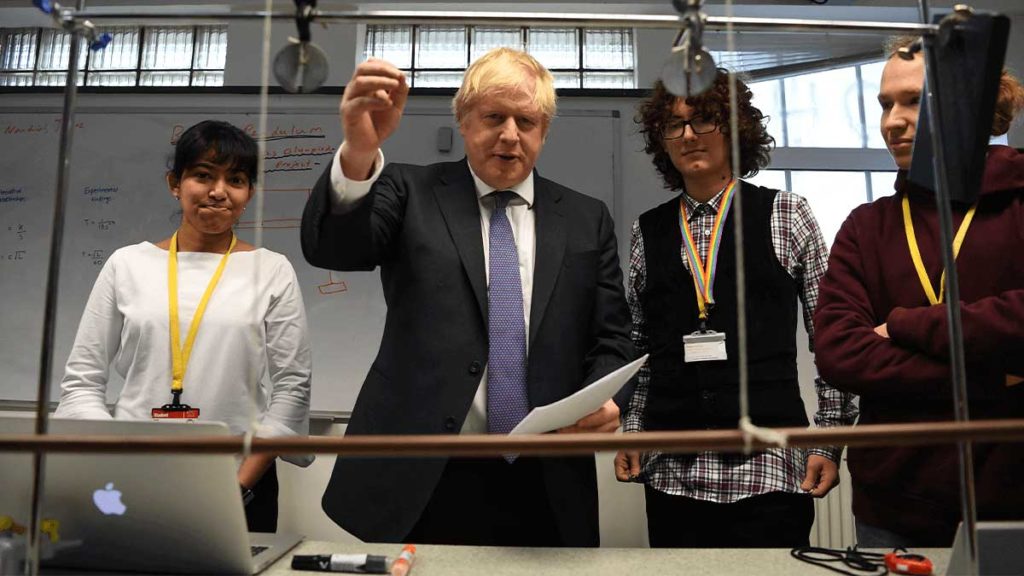 LONDON (AP) — Britain has decided to allow Chinese tech giant Huawei to supply new high-speed network equipment, dealing a setback to the U.S. government and its global campaign to press allies into banning the company.

The government’s decision on Tuesday is the first by a major U.S. ally on the issue, which has seen intense lobbying from the Trump administration and China as the two vie for technological dominance.

The British government said it is excluding “high risk” companies from supplying the sensitive “core” parts of the new fifth-generation, or 5G, networks. The core is the brain that keeps track, among other things, of smartphones connecting to networks and helps manage data traffic. But Britain will allow high risk suppliers to provide up to 35% of the less risky radio access network of antennas and base stations.

The announcement did not mention any companies by name but said “high risk vendors are those who pose greater security and resilience risks to U.K. telecoms networks” – a clear reference to Huawei.

The 5G technology and networks are considered the heart of the next wave of technological development, transmitting massive amounts of data from more objects and locations. It would, for example, help make possible self-driving cars or allow telemedicine, in which doctors to control robots in remote surgery on patients thousands of miles away.

Huawei has become the top global supplier of mobile networks, with its gear often considered cost-effective and high-quality.

The United States have been lobbying its allies to shun Huawei over fears that China’s communist leaders could, under a 2017 national intelligence law, compel it to carry out cyberespionage. The U.S. has threatened repeatedly to cut off intelligence sharing with allies that use Huawei.

With 5G, U.S. officials also worry that because the “core” will run extensively on software, it could be nearly impossible to spot an accidental vulnerability or a malicious “backdoor” among millions of lines of computer code. Huawei denies the allegations, saying there’s never been any evidence it is responsible for a breach.

For Britain, 5G infrastructure program is considered critical as it leaves the European Union and aims to position its economy to benefit from technological innovation.

The government said after Tuesday’s meeting of its National Security Council that it is taking some steps that will allow it “to mitigate the potential risk posed by the supply chain and to combat the range of threats, whether cyber criminals, or state sponsored attacks.”

The decision is awkward for the government of British Prime Minister Boris Johnson, as he risks the fury of one of Britain’s closest allies at just the moment it really needs Trump’s administration to quickly strike a trade deal after Brexit. U.S. Secretary of State Mike Pompeo is due to visit London on Wednesday to meet with Johnson and Foreign Secretary Dominic Raab to reaffirm the transatlantic relationship.

Britain is also loath to insult China, which it likewise needs for future trade deals. By giving Huawei limited access, Johnson’s government is attempting to thread a path between the two superpowers.

Huawei said it was “reassured” by the British government’s decision.

“This evidence-based decision will result in a more advanced, more secure and more cost-effective telecoms infrastructure that is fit for the future,” Vice-President Victor Zhang said. “It gives the U.K. access to world-leading technology and ensures a competitive market.”

Britain’s measures also include keeping Huawei out of all “safety related and safety critical networks” and banning it from sensitive places such as nuclear sites and military bases.

The U.K. National Cyber Security Centre will issue guidance with practical steps on how to mitigate the risks to wireless operators, some of whom have have already started installing Huawei 5G gear into their networks. They were were reluctant to rip it out and replace it with equipment from rivals including Finland’s Nokia and Sweden’s Ericsson.

British carrier Vodafone, which doesn’t use Huawei in its core, said it would analyze the decision on its radio network, including masts and transmission links.

“Vodafone UK uses a mix of Huawei, Ericsson and Nokia equipment for its 4G and 5G masts, and we continue to believe that the use of a wide range of equipment vendors is the best way to safeguard the delivery of services to all mobile customers,” it said. “By working closely with the relevant authorities on any required substitution of equipment and it’s timing, we aim to keep any potential disruption to customers to a minimum.”