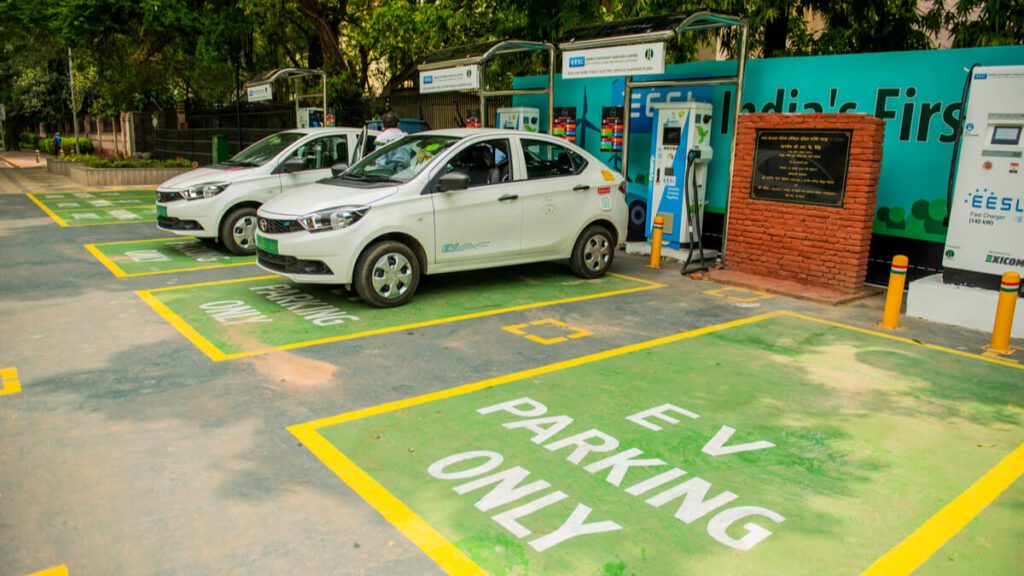 H.S. Panno, an independent contractor living in a spacious two-story penthouse in New Delhi, had his doubts when he bought his first electric car in September.

So far, he’s pleased with his savings on gas and maintenance, which are down by more than half, but disappointed with the practical limitations of driving his Nexon XZ+. For starters, he says he’s only getting 200 kilometers (125 miles) per charge, not the promised range of 315 kilometers (195 miles). And he can’t drive the car outside the city because of a lack of charging stations.

EVs are a rarity in India, where more than 300 million vehicles, most of them scooters and three-wheel motorized rickshaws, jam the highways. The country is now making an ambitious push for what it calls “electric mobility,” to reduce smog. But the effort is plagued with technological and logistical hurdles, even for those relatively simple vehicles.

The EV passenger car segment may be potentially huge but for now it is a niche within a niche: In March, 25,640 electric vehicles were sold across the country, of which 90% were two and three-wheelers. The total 400,000 EVs registered in India in 2019 accounted for less than 0.2% of all vehicles.

Panno got a $1,770 rebate as a government incentive for buying his Nexon XZ+, Indian automaker Tata’s mid-range electric vehicle model. It cost $22,740, about twice the price of the company’s most popular gas-fueled models.

“It’s a good car and a pleasure to drive, but I’m still scared of breaking down midway from a lack of charge,” Panno said.

Officials see EVs as a solution to the deadly smog choking city streets, even though for the most part heavily polluting coal power plants generate the electricity needed to charge them.

India’s capital New Delhi provides a slew of subsidies to first-time EV buyers. EVs are also exempt from road tax and registration fees and there are other incentives to encourage swapping of old gas and diesel vehicles for new electric ones. About half of India’s 31 states have drafted similar EV policies with varying degrees of progress.

The New Delhi government recently dropped the Nexon XZ+ and Nexon XM from its list of a dozen four-wheel vehicles eligible for subsidies. The reason? Their low range.

Tata said the Nexon XZ+’s 315-kilometer range was verified by the official Automotive Research Association of India. But the actual range depends on factors such as air conditioning, “individual driving style and the conditions in which the vehicle is driven,” the company said in a statement.

The EV market has been growing at an annual rate of 20% and is dominated by five major players: Tata, Mahindra & Mahindra Ltd., MG Motor India, Olectra Greentech Ltd. and JBM Auto Ltd. Startups also are joining the fray.

Local automakers have been slow to get into making EVs and their parts, largely because of a lack of demand. Those that have jumped in mostly rely on cheap imports that have added to complaints over poor quality.

Last year, India raised tariffs on imports of EVs and their parts, including all-important and expensive lithium-ion batteries. That and other policies are aimed at encouraging domestic production, raising quality and bringing prices down to the level of conventional autos.

Some companies, both domestic and foreign, have taken heed and dozens of projects are in the pipeline. Tata plans a $54 million lithium-ion production facility in the Indian state of Gujarat. Japan’s Toshiba-Denzo-Suzuki has set up a factory in the western state of Gujarat, an auto manufacturing hub, to make lithium-ion batteries for Maruti Suzuki and Suzuki motor plants. Elon Musk recently announced Tesla plans to set up an EV factory in southern India.

Moushumi Mohanty, head of electric mobility at the Centre for Science and Environment, a nonprofit focused on sustainable development, says the lack of charging stations remains a big hurdle.

“For the supply side to work, the government will have to formulate a standardized regulatory framework to monitor the quality of technology and safety parameters,” Mohanty added.

India has been striving to follow the lead of the U.S., Japan, and China in building up its auto industry, which already employs more than 35 million people, directly or indirectly, and contributes more than 7% to the country’s gross domestic product. To help repair damage from the pandemic, the country’s leaders are aiming to double exports of vehicles and components in the next five years.

The effort to ramp up EV use is part of a global trend. Sales of such vehicles rose 40% in 2019 from a year earlier to account for 2.6% of worldwide car sales, or about 1% of all vehicles, according to the International Energy Agency.

But for the foreseeable future, India’s EV market will likely remain the domain of electric scooters and rickshaws, which cost $1,200 to $3,680 and like passenger cars need charging facilities.

Ashok Kumar switched to driving an electric rickshaw taxi from working at a printing press three years ago, after hearing the New Delhi government was offering subsidies. However, he never got the promised rebate on his $1,770 electric rickshaw.

Kumar sets out each day acutely aware that he has just until lunchtime to earn as much as he can. Then he has to rush home to charge his vehicle.

It takes 12 hours of charging to get a running time of five hours, he says.

“It’s absolutely useless,” he said about the e-rickshaw as he waited for customers outside a metro station.

So far, New Delhi, a city of 31 million people, has only 72 active charging stations, with another 100 in the pipeline. That’s nowhere near enough for a city that plans to ensure one-quarter of all new vehicles sold, whatever their size, be electric.

The problem is worst for commercial vehicles that cannot afford to stop in the day to recharge. Most private EV owners just charge their vehicles at home, viewing public charging stations as a last resort.