Is Japan's remarkable vaccine drive in time for Olympics? 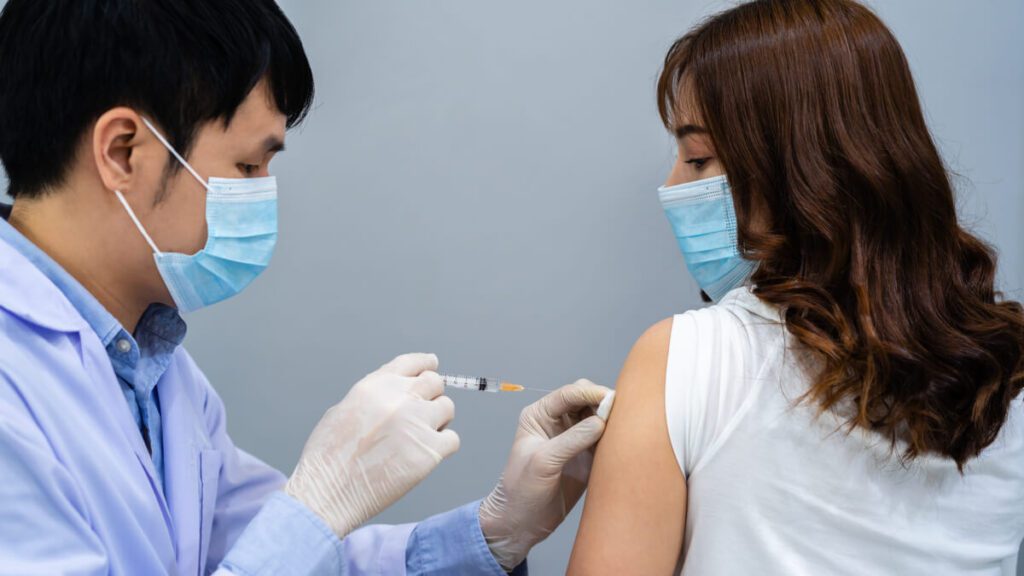 After months of frustration and delay, Japan has hit the remarkable benchmark of 1 million vaccines a day. But with the Olympics set to start in less than a month, and only a small portion of the country vaccinated, a question lingers: Is it enough?

The vaccination pace is quickening even as the young remain hesitant amid an anti-vaccination misinformation campaign and officials have slowed vaccination reservations as demand outpaces supply.

Add in continued political and bureaucratic bungling and the arrival of highly contagious coronavirus variants, and there are worries that the government’s effort to ramp up vaccinations before the Olympics will fall short.

Thousands of private companies and some universities have joined the vaccination drive, complementing the government’s effort to prioritize the full vaccination of elderly people by the end of July.

The acceleration is causing worries about a supply shortage, and further progress is now uncertain. Taro Kono, the minister in charge of inoculations, on Wednesday abruptly announced a temporary suspension of many new vaccination reservations, saying vaccine distribution cannot keep pace with demand.

Much will depend on whether the nation’s young embrace the vaccination program.

Even as more people are getting the jabs, and fully inoculating the country’s 36 million senior citizens now looks likely, younger people are still largely unvaccinated, and their movements during summer vacations and the Olympics could trigger another upsurge of infections, propelled by the more contagious Delta strain, which is expected to be dominant by then, experts say.

A resurgence of cases among the young has already begun in Tokyo, which reported 619 new cases Wednesday, up from the last seven-day average of 405.

The inoculation drive could lose steam if younger people, many of whom believe they are less likely to develop serious symptoms, don’t get inoculated. Skeptics are sometimes swayed by rumors and online misinformation about vaccines.

“How we might encourage younger generations to get vaccinated is a big issue,” Kono said. Officials plan to reach out to them on social media to provide accurate information.

Despite worries that things will slow again, observers are acknowledging an unexpected turnaround in the vaccine campaign.

As recently as early May, only a quarter million shots were being given daily, with only 2-3% of the population fully vaccinated. The pace has since picked up to hit 1 million a day, a target set by Prime Minister Yoshihide Suga that was once widely considered overly ambitious.

As of Tuesday, about 8.2% of the country was fully vaccinated. While impressive here, given the slow rollout, it’s still low compared to the U.K.’s 46.3%, America’s 44.9% and the global average of 10%, according to Our World in Data.

The workplace vaccination program kicked off Monday. The government has received applications from nearly 4,000 sites run by companies and universities, covering more than 15 million employees, their families and students, the Prime Minister’s Office said.

Suga now has a new target of fully vaccinating everyone who wants one by October or November. Officials haven’t said when new vaccination reservations may resume, but have noted the overall timeline for the program won’t be affected.

Japan’s vaccination rollout started with medical workers in mid-February, months behind many other countries. The delay was because of additional clinical testing required for foreign-developed vaccines.

Inoculations for the elderly started in mid-April but were slowed by supply and distribution uncertainties, bungled reservation procedures and a lack of medical workers to give shots.

Japan, still without any home-developed vaccines ready for use, relies on imports. Supply has increased from May, and despite earlier expectations of vaccine hesitancy in general, senior citizens fearing the virus have rushed to get shots.

Since May 24, Japan has opened military-run vaccination sites in Tokyo and Osaka, while local municipalities have established tens of thousands of other centers nationwide.

Japanese government and Olympic officials, despite their early pledge to hold a “safe and secure” Games without vaccines, accepted the International Olympic Committee’s donation of Pfizer doses for participants, while they scramble to accelerate vaccinations of the public.

If things continue apace, 70% of elderly people will be fully vaccinated by August, while 70% of workplace inoculations will be completed in late November, Mizuho Research & Technologies said in a recent report. If achieved, that would push up GDP by 1%, it said.

An array of major retailers, automakers and trading companies have started providing Moderna shots distributed by the government for free for their employees and families.

Anna Hatakeyama, a 26-year-old office worker, said she is getting her first jab next Tuesday as part of her workplace’s vaccination efforts. She welcomes the shot, though believes that the rollout is still slow.

“Most of my friends haven’t gotten it,” she said. “I was lucky that my company will administer vaccines.”

To lure younger people, tech giant SoftBank Group Corp. is offering discount tickets to SoftBank Hawks professional baseball games for those who complete vaccinations. The company opened its first inoculation site Monday in Tokyo and aims to set up more by the end of July for as many as 250,000 employees, their families and neighbors.

Japan has had a historic mistrust of vaccines, partly because rare side effects have often been played up by the media. A court ruling that held the government responsible for side effects linked to several vaccines led to the scrapping of mandatory inoculations in the 1990s.

Vaccination officials have also faced protests from skeptical parents opposed to coronavirus inoculations of children aged 12-15 who have recently been added as eligible recipients.

Earlier this month, a Kyoto town office was flooded with calls accusing officials of attempted murder by inoculating children.

Even if vaccinations climb significantly in coming months, waves of infections could still occur as long as the young are largely unvaccinated, said Dr. Shigeru Omi, a top government COVID-19 advisor.

“Though vaccines are very effective, they are not 100%, and I believe it will take some time before we can get the infections under control,” Omi said. “We have to wait a while before dropping our guard.”