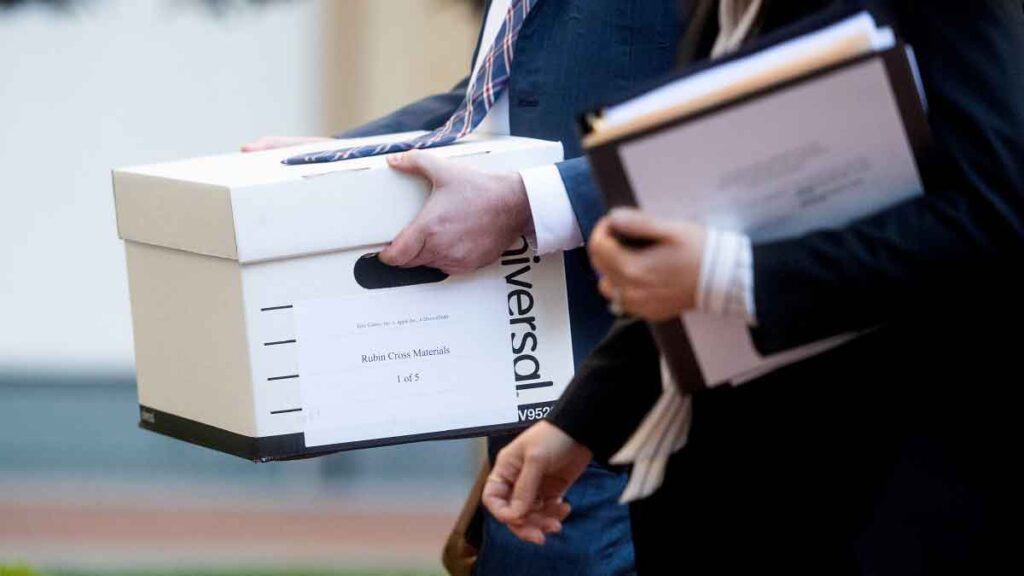 The judge who will decide a case challenging Apple’s stranglehold on its iPhone app store indicated on Monday she would like to promote more competition but without dismantling a commission system that reaps billions of dollars for the technology powerhouse.

U.S. District Judge Yvonne Gonzalez Rogers isn’t likely to issue a decision until this summer. But she opened a window into her thoughts during a three-hour session with lawyers for Apple and its adversary, Epic Games, during the final day of a three-week trial in Oakland, California.

Gonzalez Rogers’ line of questioning suggested she sides with much of the defense that Apple has mounted to justify the 15% to 30% commissions it collects for in-app transactions on the iPhone to help pay for the technology powering its devices.

Epic Games, the maker of the popular videogame Fortnite, has been trying to prove the fees are the price-gouging tool of a monopoly hatched within the “walled garden” Apple has built around the iPhone, the app store, its software and other devices such as the iPad and iPod.

To loosen Apple’s tight-fisted control, Epic wants Gonzalez Rogers to issue an order that would require Apple to open the iPhone and its other mobile products to rival app stores. Those alternatives would include Epic’s still-unprofitable app store, which charges a commission of just 12%.

Apple’s app store, in contrast, has become far more profitable than its late co-founder, Steve Jobs, ever envisioned when he opened it 13 years ago. Precisely how profitable wasn’t revealed in the trial, although an Apple executive conceded the company had brought in at least $20 billion as of June 2017.

The judge also seemed to support Apple’s right to maintain a rigidly controlled ecosystem of products that has won over consumers around the world, including many who pay more than $1,000 to buy an iPhone.

“Your formulation seems to ignore the reality that customers choose an ecosystem,” Gonzalez Rogers told Epic lawyer Gary Bornstein. “It is Apple’s business strategy to create a particular type of ecosystem that is incredibly attractive to purchasers, to its consumers. So if those consumers choose to enter into an ecosystem … that’s what you know you’re buying into.”

Bornstein countered that most consumers don’t understand the extent they will be locked into Apple’s ecosystem and often pay scant attention to the costs of in-app purchases that are tiny compared to the price of an iPhone.

That still didn’t seem to convince Gonzalez Rogers that Apple is running on monopoly, but other statements made it clear she still might find the company is engaging in anticompetitive behavior. During some points in the trial, she has seemed trouble by a provision in Apple stores that forbids in-app notices that purchases can also be made through web browsers and other means that evade Apple’s commissions.

Apple contends allowing in-app links to other payment options besides its own would expose iPhones and other mobile devices to security and privacy threats. When facing some tough questioning from Gonzalez Rogers during his four-hour appearance on the witness stand Friday, Apple CEO Tim Cook also conceded that allowing links within apps to other payment options would undercut the company’s profits.

The judge revisited the issue during Monday’s session. At one point, she wondered aloud whether Apple could just allow apps to insert a notice reminding consumers that payments can made in web browsers, without posting a direct link to the checkout stand. That sort of notice, she mused, wouldn’t be much different than a merchant’s display of the different credit cards — Visa, Mastercard, America Express or Discover — that has long been a staple at cash registers.

During the course of their closing arguments, the lawyers for Epic and Apple each made dramatic pitches in an attempt to get Gonzalez Rogers to see things their respective ways.

Bornstein repeatedly asserted that Apple is trying to paint itself as a “benevolent overlord” acting in the best interests of consumers and the developers of the 1.8 million apps now in the store, up from just 500 in 2008. “But it’s not enough to say, ‘We’re a great company, we’re doing well, and we’re a nice guy,'” Bornstein argued.

Apple lawyer Richard Doren reminded the judge that opening the iPhone to other app stores would weaken a security system that protects consumers and developers alike. Epic “wants Apple to drop its gloves, stand in the middle of the arena and take malware attacks through unreviewed apps,” Doren argued.

Gonzalez Rogers said last week that she hoped to issue her decision by Aug. 13. But on Monday warned she may need even more time to review thousands of pages of information submitted during the case.