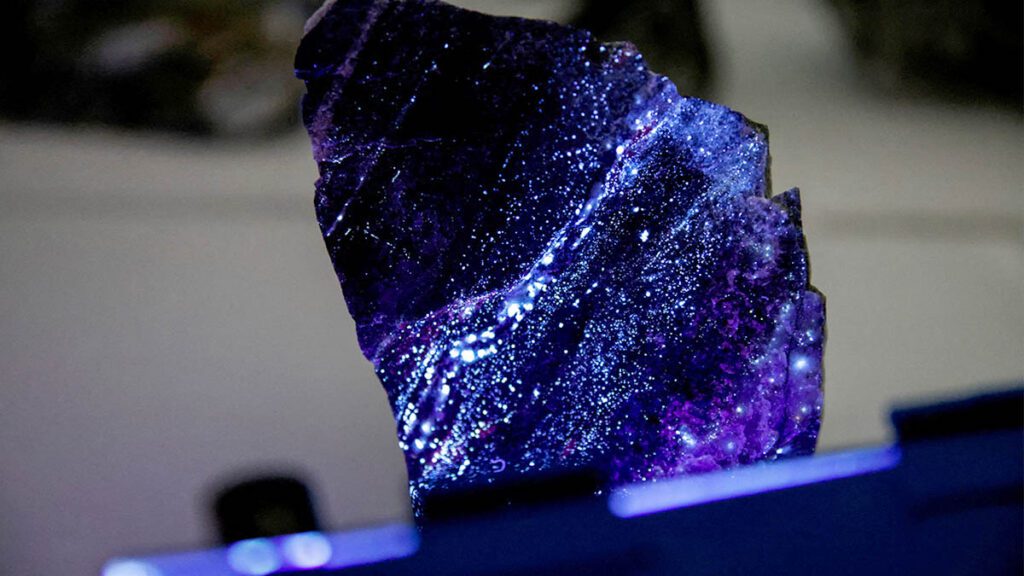 Blue tungsten winking from the walls of abandoned mine shafts, in a town that’s seen better days, could be a catalyst for South Korea’s bid to break China’s dominance of critical minerals and stake its claim to the raw materials of the future.

The mine in Sangdong, 180 km southeast of Seoul, is being brought back from the dead to extract the rare metal that’s found fresh value in the digital age in technologies ranging from phones and chips to electric vehicles and missiles.

“Why reopen it now after 30 years? Because it means sovereignty over natural resources,” said Lee Dong-seob, vice president of mine owner Almonty Korea Tungsten Corp.

Sangdong is one of at least 30 critical mineral mines or processing plants globally that have been launched or reopened outside China over the last four years, according to a Reuters review of projects announced by governments and companies. These include projects developing lithium in Australia, rare earths in the United States and tungsten in Britain.

The scale of the plans illustrates the pressure felt by countries across the world to secure supplies of critical minerals regarded as essential for the green energy transition, from lithium in EV batteries to magnesium in laptops and neodymium found in wind turbines.

Overall demand for such rare minerals is expected to increase four-fold by 2040, the International Energy Agency said last year. For those used in electric vehicles and battery storage, demand is projected to grow 30-fold, it added.

Many countries view their minerals drive as a matter of national security because China controls the mining, processing or refining of many of these resources.

“In the critical raw material restaurant, China is sitting eating its dessert, and the rest of the world is in the taxi reading the menu,” said Julian Kettle, senior vice president for metals and mining at consultancy Wood MacKenzie.

The stakes are particularly high for South Korea, home of major chipmakers like Samsung Electronics. The country is the world’s largest consumer of tungsten per capita and relies on China for 95 percent of its imports of the metal, which is prized for its unrivalled strength and its resistance to heat.

The mine at Sangdong, a once bustling town of 30,000 residents that’s now home to just 1,000, holds one of the world’s largest tungsten deposits and could produce 10 percent of global supply when it opens next year, according to its owner.

Lewis Black, CEO of Almonty Korea’s Canadian-based parent Almonty Industries, told Reuters that it planned to offer about half of the operation’s processed output to the domestic market in South Korea as an alternative to Chinese supply.

“It’s easy to buy from China and China is the largest trading partner of South Korea but they know they’re over-dependent,” Black said. “You have to have a plan B right now.”

Sangdong’s tungsten, discovered in 1916 during the Japanese colonial era, was once a backbone of the South Korean economy, accounting for 70 percent of the country’s export earnings in the 1960s when it was largely used in metal-cutting tools.

The mine was closed in 1994 due to cheaper supply of the mineral from China, which made it commercially unviable, but now Almonty is betting that demand, and prices will continue to rise driven by the digital and green revolutions as well as a growing desire by countries to diversify their supply sources.

European prices of 88.5 percent minimum paratungstate – the key raw material ingredient in tungsten products – are trading around $346 per tonne, up more than 25 percent from a year ago and close to their highest levels in five years, according to pricing agency Asian Metal.

The Sangdong mine is being modernised, with vast tunnels being dug underground, while work has also started on a tungsten crushing and grinding plant.

“We should keep running this kind of mine so that new technologies can be handed over to the next generations,” said Kang Dong-hoon, a manager in Sangdong, where a “Pride of Korea” sign is displayed on a wall of the mine office.

“We have been lost in the mining industry for 30 years. If we lose this chance, then there will be no more.”

Almonty Industries has signed a 15-year deal to sell tungsten to Pennsylvania-based Global Tungsten & Powders, a supplier to the U.S. military, which variously uses the metal in artillery shell tips, rockets and satellite antennae.

Yet there are no guarantees of long-term success for the mining group, which is investing about $100 million in the Sangdong project. Such ventures may still struggle to compete with China and there are concerns among some industry experts that developed countries will not follow through on commitments to diversify supply chains for critical minerals.

Seoul set up an Economic Security Key Items Taskforce after a supply crisis last November when Beijing tightened exports of urea solution, which many South Korean diesel vehicles are required by law to use to cut emissions. Nearly 97 percent of South Korea’s urea came from China at the time and shortages prompted panic-buying at filling stations across the country.

The Korean Mine Rehabilitation and Resources Corporation (KOMIR), a government agency responsible for national resource security, told Reuters it had committed to subsidise about 37 percent of Sangdong’s tunnelling costs and would consider further support to mitigate any potential environmental damage.

Incoming President Yoon Seok-yeol pledged in January to reduce mineral dependence on “a certain country”, and last month announced a new resource strategy that will allow the government to share stockpiling information with the private sector.

South Korea is not alone.

The United States, European Union and Japan have all launched or updated national critical mineral supply strategies over the last two years, laying out broad plans to invest in more diversified supply lines to reduce their reliance on China.

“Supply-chain diplomacy will be prioritised by many governments in the coming years as accessing critical raw materials for the green and digital transition has become a top priority,” said Henning Gloystein, director of energy and climate resources at the Eurasia Group consultancy.

In November, China’s top economic planner said it would step up exploration of strategic mineral resources including rare earths, tungsten and copper.

Investment globally of $200 billion in additional mining and smelter capacity is needed to meet critical mineral supply demand by 2030, 10 times what is being committed currently, Kettle said.

Yet projects have faced resistance from communities who don’t want a mine or smelter near their homes.

In Sangdong, some residents are doubtful that the mine will improve their lives.

“Many of us in this town didn’t believe the mine would really come back,” said Kim Kwang-gil, 75, who for decades lived off the tungsten he panned from a stream flowing down from the mine when it operated.

“The mine doesn’t need as many people as before, because everything is done by machines.”