Published 2 Years Ago on Monday, Nov 16 2020
By Inside Telecom Staff 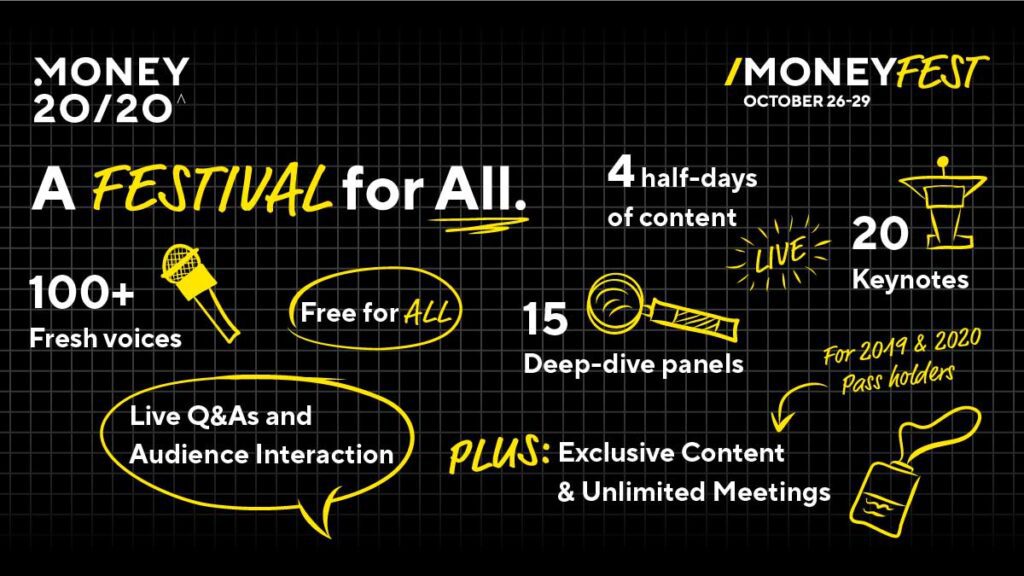 When sitting down to attend MoneyFest 2020, one cannot miss the level of sophistication the webinar offered; it was similar to watching a high production financial show that stretched out for days, allowing a seamless level of connectivity between the speakers and attendees.

Hosting a plethora of experts, executives, and tech gurus from around the world under one digital roof, tackling a myriad of topics from COVID-19’s impact on digitization to big banks and big tech.

Fintech was a dominant theme throughout the webinar, especially since big tech firms such as Alibaba, Amazon, Facebook, Google and Tencent have been itching to enter the financial sector, by means of payments, money management, insurance and lending.

“Big tech brings a lot of aspects from many perspectives into the FinTech field,” said Siri Børsum, Global VP of Finance Vertical Eco-development and Partnerships at Huawei Consumer Group, during her panel discussion.

“They bring applications, data centricity, and cloud computing into the game, while being armed and directed by their massive data management capabilities,” Børsum added.

This gives big tech a notable edge over their rivals, since the data acquired by their products/services allows them to perfectly understand the behaviors, needs, and wants of a customer; that alone positions them to be at the right place and time to answer and accurately fulfill the needs of their clientele.

However, the banking sector has no intention of being beaten in the FinTech game, Børsum highlighted.

“While banks have a lot of work to do within this sector, they perfectly understand the need for partnerships, especially with tech startups to drive that innovation,” the Huawei VP said, adding that “in parallel, they have an uphill battle in terms of investing in the right tech, the right talent, and leverage their customer knowledge and trust to deliver commercial outcomes for customers.”

On the other side of the spectrum, Sheila Kagan CEO of FinTech company PayKey, considers that this level of adversity within the financial sector can lay the ground for startups to make the transformation they’re eager to make via partnerships from both sides of the aisle.

“While big techs possess the data, startups usually bring innovation to the table, and both of those aspects working cohesively can be dangerously effective,” Kagan said during the panel discussion.

On the other side of the coin, startups will also look toward filling the gaps opened up by traditional banks that need to heavily invest to keep up with competitors, according to the PayKey CEO.

“FinTech startups will be needed to better understand the user ecosystem that banks have, while attempting to accurately predict consumer behavior; thus, partnerships will give startups a win-win situation on both sides,” Kagan added.

While speakers, panelists, moderators, and the like tackled the up-and-coming FinTech ecosystem with its main players, others focused on the challenges sectors faced during the worldwide spread of Covid-19.

One of the main barriers that occurred as the whole world shut down in fear of a deadly illness, was fear of burnout.

“The main challenges we have faced so far are people oriented,” said Shefali Roy, former CCO & COO at TrueLayer, a UK-based FinTech firm.

“People are working longer and harder, which can be a big cause for concern with regards to employee burnout since they’re on high alert at all times due to the sudden merge of workstations and home comfort,” Roy added.

From that, companies have had to deal with ways to maintain productivity, figuring out proper means of communication across the board, as well as comradery and bonding with and between teams.

“During the height of the pandemic, we recruited almost 60 new employees, so there was the challenge of setting them up into the company, aligning their culture and vision with that of the company all while doing so remotely which was a hard feat to achieve,” Roy highlighted.

Remarkably enough however, the former CCO reported that people were working as hard as they had ever been before since they “didn’t see a dip in clientele, product launches, and acquiring new customers, but rather, the focus was on taking care of everybody on an internal level.”

While some have looked toward the on-going pandemic as an obstacle, other countries have capitalized on it to make leaps in technological advancements.

“There is no doubt that the pandemic has drastically increased digitization, even on the governmental level,” Vilius Šapoka, Lithuanian Minister of Finance said during a panel discussion.

According to Šapoka, the pandemic accelerated Lithuania’s cybersecurity efforts, especially within the financial services arm of the country, while allowing FinTech to thrive as it was being used for medical purchasing.

Panels as far as the finger can click, tackled discussions from the inner workings of the tech sector, to how countries are managing their economies and businesses amid a pandemic that has put breaks on every project planned.

While countries struggled to keep up with the high demand for connectivity, China was able to handle the data explosion due to their extremely effective digital infrastructure, especially for financial services.

“Fortunately, we have built a very pervasive mobile payment infrastructure in the past five to six years. This allowed businesses to collect payments from users through a variety of digital means such as mobile payments and the ability to transfer needed funds,” Forest Lin, Vice President of Tencent said during one of the panel discussions concerning the state of China.

According to Lin, this infrastructure reflected positively on other sectors as well, such as the E-commerce industry since it bolstered online-offline commerce of food deliveries.

“During the pandemic, we witnessed a sharp drop in payments being made, but that quickly turned around in the first month since offline services were substituted with online ones, and that snowballed onto the rest of the digital payments made,” Lin highlighted.

From that, the reliable infrastructure laid out was able to help in steering the crisis.

“Contactless commerce has stepped out of being a dream and started being a reality, mainly because people have seen the use of it, and how convenient it is, since it is a big player for the economy and our future plans,” the Tencent VP added.

In a market dominated by so many players — banks, tech giants, and fintech startups – there won’t be one winner. Instead, partnerships will nurture the ecosystem far and wide as banks will look to join forces with large tech firms and FinTech startups to deliver more personalized products and services.