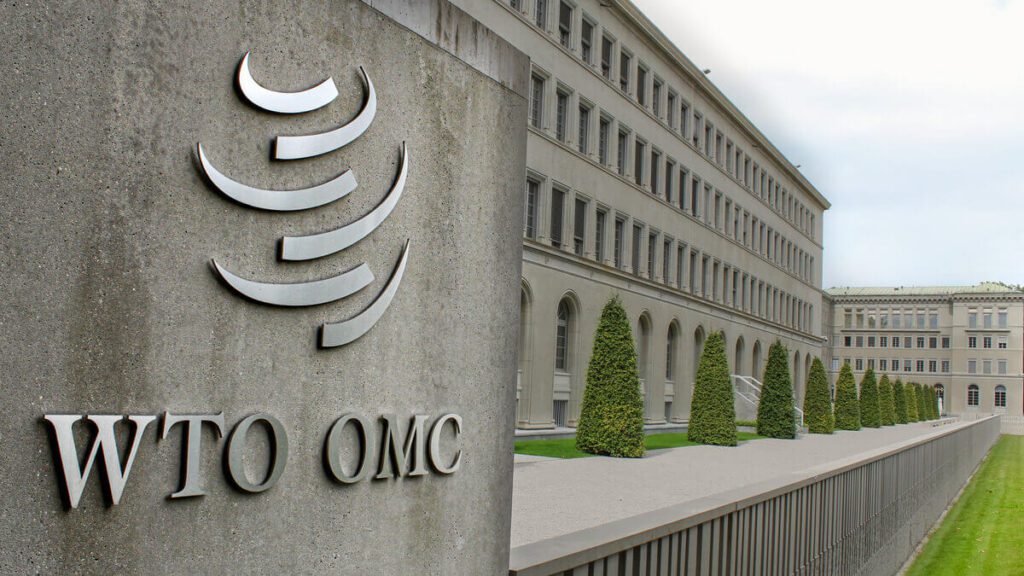 The new head of the World Trade Organization called Monday for a “technology transfer” when it comes to COVID-19 vaccines and urged member nations to reach a deal to reduce overfishing after years of fruitless talks as she laid out her top priorities after taking office.

Director-General Ngozi Okonjo-Iweala, a Nigerian economist and former government minister, donned a mask and doled out welcoming elbow bumps as she took up her job at WTO headquarters on the banks of Lake Geneva. Still, she immediately set about trying to change the organization’s culture.

“It cannot be business as usual. We have to change our approach from debate and rounds of questions to delivering results,” she told ambassadors and other top government envoys that make up the 164-member body’s General Council.

“The world is leaving the WTO behind. Leaders and decision-makers are impatient for change,” she said, noting several trade ministers had told her that “if things don’t change,” they would not attend the WTO’s biggest event — a ministerial meeting — “because it is a waste of their time.”

Okonjo-Iweala, 66, is both the first woman and the first African to serve as the WTO’s director-general. Her brisk comments were a departure from the more cautious approach of her predecessor, Roberto Azevedo, who resigned on Aug. 31 — a year before the end of his term.

She did not take sides on an effort led by South Africa and India to wrest a temporary waiver of WTO rules on intellectual property protections, which could help expand production of COVID-19 vaccines and expedite their rollout around the world. But she gave an early shout-out to the developing world.

While “intensifying” dialogue continues on the vaccine waiver proposal, Okonjo-Iweala said: “I propose that we ‘walk and chew gum’ by also focusing on the immediate needs of dozens of poor countries that have yet to vaccinate a single person. People are dying in poor countries.”

She alluded to “difficult” targets to produce 10 billion doses, “so we must focus on working with companies to open up and license more viable manufacturing sites now in emerging markets and developing countries. We must get them to work with us on know-how and technology transfer now.”

As for fisheries, WTO negotiators have been tasked with striking a deal that could help eliminate subsidies for illegal, unreported and unregulated fishing, and prohibit fisheries subsidies that contribute to overfishing and an overcapacity of fishing boats.

Member states of the WTO, which works to craft accords that can ensure smooth international trade, have struggled to reach an agreement on fisheries even after two decades of work. Okonjo-Iweala called for finalizing the negotiations “as soon as possible,” and credited Colombian ambassador Santiago Wills, who chairs those talks, for his “really hard” work.

“My presence is to try and support him proactively to try and unblock the situation so he can complete the fantastic work he has been doing,” she said alongside Wills as they met with advocacy groups outside the WTO gates. “It has been 20 years — and 20 years is enough.”

Wills said it was “music to my ears to see on the first day the (director general) comes here and makes a statement on the fisheries negotiations.”

Okonjo-Iweala’s first day also consisted of meeting staffers and attending her first meeting of the General Council. The closed-door council meeting was largely held by videoconference because of measures aimed to fight the pandemic.

Okonjo-Iweala’s victory in the race last fall was delayed largely because the U.S. administration under Donald Trump supported another candidate. Her appointment came through last month when the Biden administration cleared the way for her selection at the trade body, whose rules require consensus.

The WTO is facing headwinds such as rising protectionism. Its dispute settlement system has been blocked because the U.S. has almost singlehandedly prevented appointments to its Appellate Body — a rough equivalent to an appeals court.

Okonjo-Iweala said last month that “wide-ranging reforms” are needed, vowing that a first priority would be to address the economic and health consequences of the COVID-19 pandemic — such as by working to lift export restrictions on supplies and vaccines to get them distributed to countries in need.