No astrovans for SpaceX, crews riding to rockets in Teslas 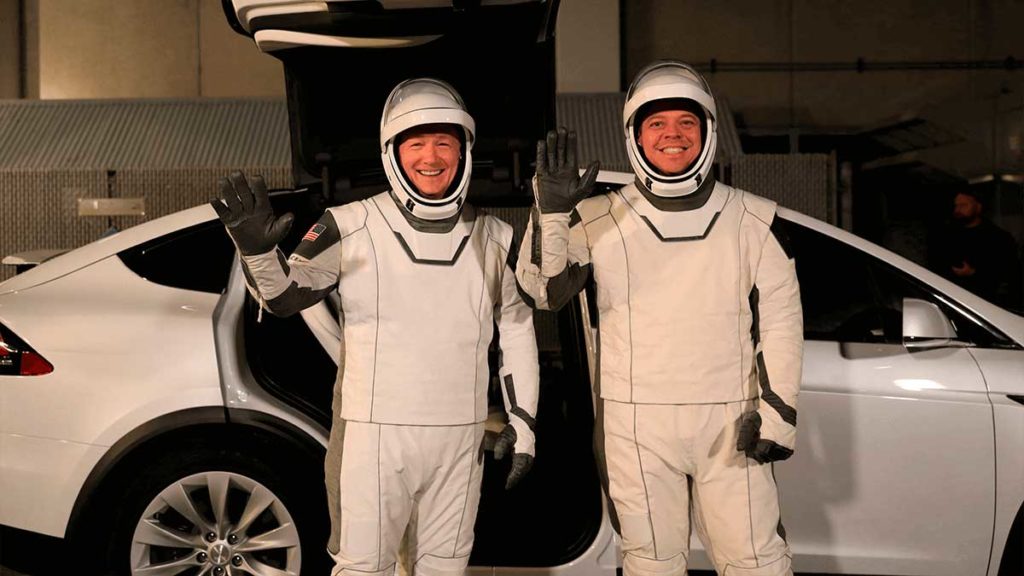 Published: January 20, 2020 by Inside Telecom Staff

CAPE CANAVERAL, Fla. (AP) — Astronauts launched by SpaceX in coming months will ride to their rockets in high fashion. Instead of using a retro-style astrovan, SpaceX crews will travel to the launch pad in Tesla sports cars.

Elon Musk, who also runs both SpaceX and the electric car company, used Teslas to get around Kennedy Space Center for Sunday’s launch escape test. No one was aboard for the test flight, just two mannequins. But during a launch dress rehearsal Friday, the two NASA astronauts assigned to the first SpaceX crews got a lift to the pad in a Tesla Model X.

The sleek white and black spacesuits worn by astronauts Doug Hurley and Robert Behnken for Friday’s practice matched the white Tesla roadster with wing-like doors waiting for them outside Kennedy’s crew quarters. A SpaceX employee drove them to the pad. A second white Model X carried SpaceX support staff.

A SpaceX spokesman confirmed Sunday that this will be the transport for crew missions moving forward. The first SpaceX crew launch, with Hurley and Behnken, could occur as soon as April.

“This is part of the game of us learning to work with a commercial provider,” said NASA spokesman Joshua Santora.

Boeing, which also aims to fly NASA astronauts this year, is sticking with the vintage look. It plans to use a shiny new Airstream van similar to the astrovans used for decades by NASA.

Two years ago next month, Musk launched his own cherry-red Tesla Roadster on the debut flight of the SpaceX Falcon Heavy rocket. The convertible — with a spacesuited mannequin named Starman at the wheel — was placed in an orbit stretching past Mars.