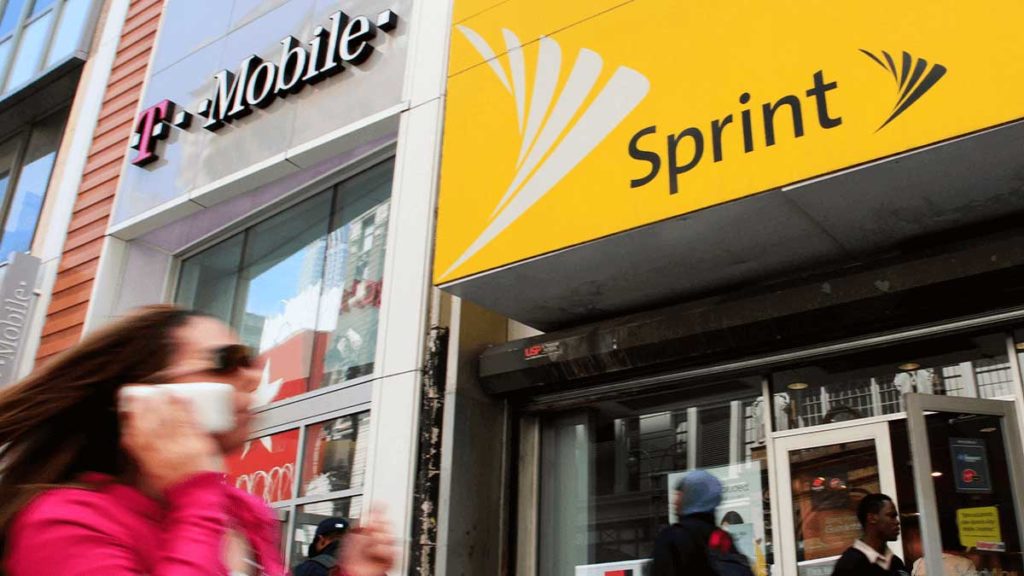 Published: December 09, 2019 by Inside Telecom Staff

T-Mobile, in its attempt to buy Sprint for $26.5 billion, has already notched approvals from key federal regulators. Now it must convince a federal judge that the 14 state attorneys general suing to stop the deal are wrong. A trial starts Monday in U.S. District Court in New York and is expected to last several weeks.

If T-Mobile prevails, the number of major U.S. wireless companies would shrink to three from four. A combined T-Mobile-Sprint would become a fiercer competitor to larger Verizon and AT&T . But the states argue that having one fewer mobile carrier would reduce competition and cost Americans billions of dollars in higher phone bills.

T-Mobile and Sprint provide cheaper alternatives to Verizon and AT&T, and T-Mobile has branded itself the “Un-carrier,” one that has made consumer-friendly changes such as bringing back unlimited-data plans and shattering two-year service contracts. There are concerns that less competition would put an end to these types of changes, although T-Mobile says that won’t happen.

The deal got the nod from both the Justice Department and the Federal Communications Commission, thanks to  T-Mobile’s  unusual commitment to create a brand-new mobile carrier in a deal with satellite-TV company Dish.

T-Mobile agreed to sell millions of customers to Dish and to rent its network to the fledgling rival while it built its own. Absent that arrangement, the Justice Department said, the deal would have been bad for consumers. Dish would start providing cellphone service after buying Sprint’s current prepaid-service business. Dish is also required to build a faster, next-generation network, known as 5G, over the next several years.

The states says the Dish fix isn’t good enough. In a court filing, lawyers argued that T-Mobile and Sprint shouldn’t be allowed to combine “based on the hope that Dish will one day grow into a viable wireless company equal to a competitor that already exists today.”

T-Mobile, which promised not to raise prices for three years, defends its deal as good for competition. It repeats previous arguments that the combined T-Mobile and Sprint will be able to build a better 5G network — a priority for the Trump administration — than either company could manage on its own.

The states’ challenge is led by New York and California and includes counterparts from 11 other states and the District of Columbia. Texas, Nevada, Colorado and Mississippi have dropped out over the past two months after reaching separate settlements in which T-Mobile typically promised 5G service in the states and steady prices or low-price options. But analysts say their withdrawal won’t matter, as it takes only one state to see the case to completion.

“We’ve made it pretty clear we’re committed to take this all the way,” California Attorney General Xavier Becerra said in an interview Friday. He said that he’s “never closed the door” to a settlement with the companies, although he declined to specify what conditions that would require of T-Mobile.

Although it’s unusual for states to try to block a deal already approved by the federal government, experts note that states in recent years have been playing a bigger role in antitrust enforcement. They have gone after generic drug makers and hit tech companies with their own investigations.

“The states have going for them a pretty clear, straightforward application of the antitrust laws,” said Jeffrey Blattner, a former Justice Department official who now teaches at the University of Colorado. “The states have the wind at their back in terms of the law. How the facts play out, we’ll find out in the courtroom.”

T-Mobile, meanwhile, is arguing that consumers will benefit from the stronger network it will create and cost cuts after the merger, which will let it keep prices low. The company has also cited “things which usually would not be relevant in an antitrust case, such as the social policy of getting rural areas connected to broadband,” said Blair Levin, a policy analyst for New Street Research and former FCC official. He sees the states’ argument as stronger, but said “odds are close” of either side winning.

Dish, a satellite TV company with a shrinking customer base, has spent about $21 billion over a decade buying wireless spectrum, the airwaves for transmitting data and calls, although the company hasn’t done much with it. Analysts have long questioned whether Dish intends to build its own network or simply profit by selling the spectrum to others. Post-deal, Dish faces up to $2.2 billion in fines  if it fails to create a 5G network that serves 70% of the country by 2023.

Some analysts have said that Dish has potential as a viable competitor; the big question is when. Even if Dish were to meet the 2023 government-imposed deadline, it still won’t reach as many potential customers as Sprint’s 4G network does today.

Dish must “start from scratch,” said Nicholas Economides, a New York University business school professor who joined six economists  in criticizing the Dish settlement as inadequate to make up for the loss of Sprint.

T-Mobile and Sprint say a merger is needed because Sprint by itself is weak and getting weaker. Sprint’s network quality is worse than its rivals’, and it has been losing customers, limiting its ability to invest in network improvements. T-Mobile CEO John Legere has insisted that Dish, even starting from scratch, will be more formidable than Sprint.

Legere, the face of T-Mobile and the rare telecom executive whose name may be known to the public because of his tendency to post videos and GIFs on social media, is stepping down as CEO next spring.

He and his replacement, T-Mobile President and Chief Operating Officer Michael Sievert, have said they are confident that T-Mobile will prevail, but add that the company will be fine even if it isn’t allowed to buy Sprint.

“All roads lead to success,” Legere said during a call with analysts in mid-November.

T-Mobile has consistently shown that it would be OK without Sprint, said Craig Moffett, a well-known telecom analyst with MoffettNathanson Research. But the company would still need to figure out a new strategy for creating a strong 5G network without Sprint’s spectrum.