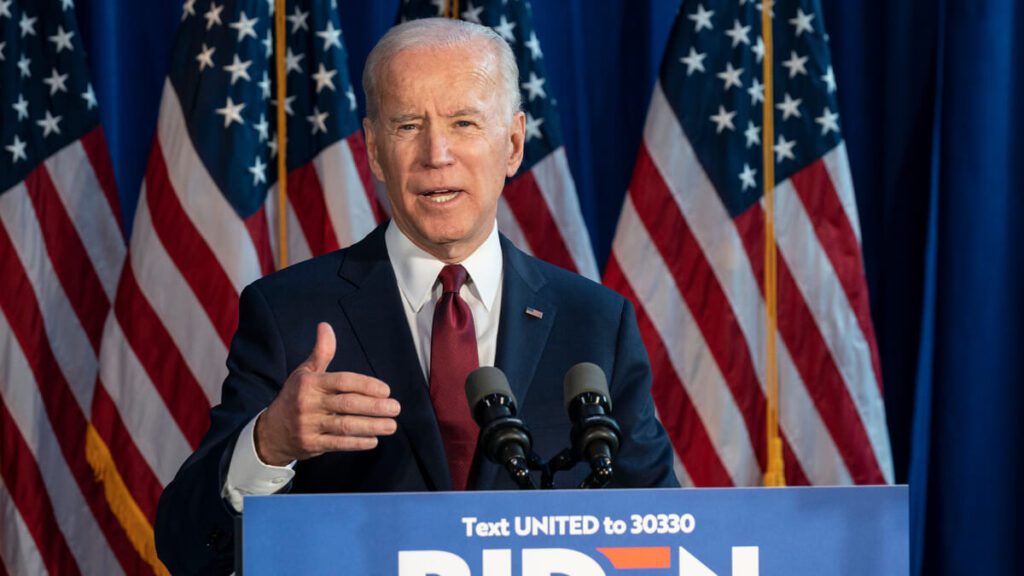 What did the world learn at Joe Biden’s global summit about his vision of the battle to save the world’s climate?

For two days, Biden and his team of climate experts pressed his case that tackling global warming not only can avert an existential threat, but also benefit the U.S. economy — and the world’s as well.

The virtual summit, based at the White House and featuring more than 40 world leaders whose views were beamed to a global online audience, offered fresh details on how the U.S. might hope to supercharge its efforts on climate while leveraging international action to spur new technologies to help save the planet.

Biden opened the conference by announcing a goal to cut up to 52% of U.S. greenhouse gas emissions by 2030 — double the target set by President Barack Obama in the 2015 Paris climate accord. The 2030 goal vaults the U.S. into the top tier of countries on climate ambition.

“This goal is eyebrow-raising, but it has to be,” said Marshall Shepherd, a climate expert at the University of Georgia. “To move the needle on the climate crisis, we need bold actions like this rather than individual or incremental actions only.”

While new targets from the U.S. and others got mostly positive reviews, they still fall a bit short of what some scientists say is necessary to avoid a potentially disastrous 1.5 degree Celsius rise in global temperatures.

Bill Hare, director of Climate Analytics, a climate science think tank in Berlin, said his team’s calculations showed the U.S. needs to reduce emissions 57% by 2030 to stay on a 1.5 degree Celsius pathway. He calls the new target “really a major improvement,” but also “not quite enough.”

Still, the U.S. goal is ambitious, and reflects lessons learned, not only by Biden — Obama’s vice president — but by his team of battle-tested aides, including climate envoy John Kerry and White House adviser Gina McCarthy. Both served in the Obama administration.

Biden and his team “absorbed the lessons of the Obama years,” including watching the “stumbles” in climate foreign policy at a disappointing 2009 Copenhagen summit, said Hare. “What shocked me is just how fast this moved,” less than 100 days after Biden took office.

The 78-year-old Biden, known as a cautious, mainstream politician during four decades in public life, as president has shown a willingness to take aggressive action on issues from virus relief to immigration.

“In so many areas, he is much bolder than Obama, right out of the gate, and that’s certainly true on climate,” said Nathaniel Keohane, a former Obama White House adviser who now is a senior vice president of the Environmental Defense Fund.

The message from the White House is clear, Keohane added: “The United States is ready to go all-in to beat the climate crisis.”

As the conference wrapped up Friday, Biden said he has come to see the economic opportunities of the climate fight as the silver lining in a cloud that threatens the world’s very future.

“My mother would always say when something very bad would happen in our family, ‘Out of everything bad, Joe, something good will come,'” said Biden, whose life has repeatedly been touched by tragedy.

On climate, the good that Biden hopes will emerge is the chance to remake the global economy and produce millions of jobs in clean energy and technology that will be needed to slow global warming.

“Is there anything else you can think of that could create as many good jobs going into the middle of the 21st century?” he asked.

The climate crisis also has provided an opportunity for the U.S. to work with longtime rivals such as Russia and China. While Biden has often disagreed with Russian President Vladimir Putin, the Russian leader now is “talking about how you capture carbon from space,” Biden said.

Despite their differences, “two big nations can cooperate to get something done … that benefits everybody,” Biden said.

Biden’s re-entry into the Paris agreement and his decision to host the summit were welcomed by world leaders.

“I’m delighted to see that the United States is back … in climate politics. Because there can be no doubt about the world needing your contribution if we really want to fulfill our ambitious goals,” Germany Chancellor Angela Merkel told Biden.

“We are all so delighted to have the United States back” in the climate game, added South Africa’s President Matamela Cyril Ramaphosa.

Even after four years of inaction on climate change under President Donald Trump, “the United States still has cachet,” said Alice Hill, a senior fellow for energy and environment at the Council on Foreign Relations in Washington. She pointed to the attendance of world leaders on both friendly and otherwise chilly terms with the U.S., including China, Russia, Germany and Brazil.

Kerry, who has worked on climate issues in a long career as a senator and former secretary of state, said the next 10 years are crucial to slow global warming and “avoid the worst consequences” of the climate crisis.

“This has to be the decade of decision,” Kerry said.

But even as Biden opts to go big on climate, his plan faces obstacles, including continued resistance from congressional Republicans and the reality that businesses are struggling to create needed technology on an affordable scale.

The infrastructure bill includes up to $1 trillion in spending on clean energy and climate change, including 500,000 charging stations for electric vehicles, expansion of solar and wind power and technology to capture and store carbon pollution from coal-fired power plants. About $174 billion would go to help put school children, commuters and truckers into electric vehicles and buses, $50 billion to make infrastructure more resilient against volatile weather linked to climate change, and $100 billion to update the power grid.

The administration has pitched the bill as the “American Jobs Plan,” and Moody’s Analytics estimates gains of about 2.7 million jobs.

Failure to adopt the package could doom Biden’s commitments to cut carbon emissions in half, although officials say substantial progress can be made through administrative regulations by the Environmental Protection Agency, Transportation Department and other agencies.

The White House says officials will continue to reach out to Republicans and will remind them that the proposal’s ideas are widely popular with a wide swath of Americans.