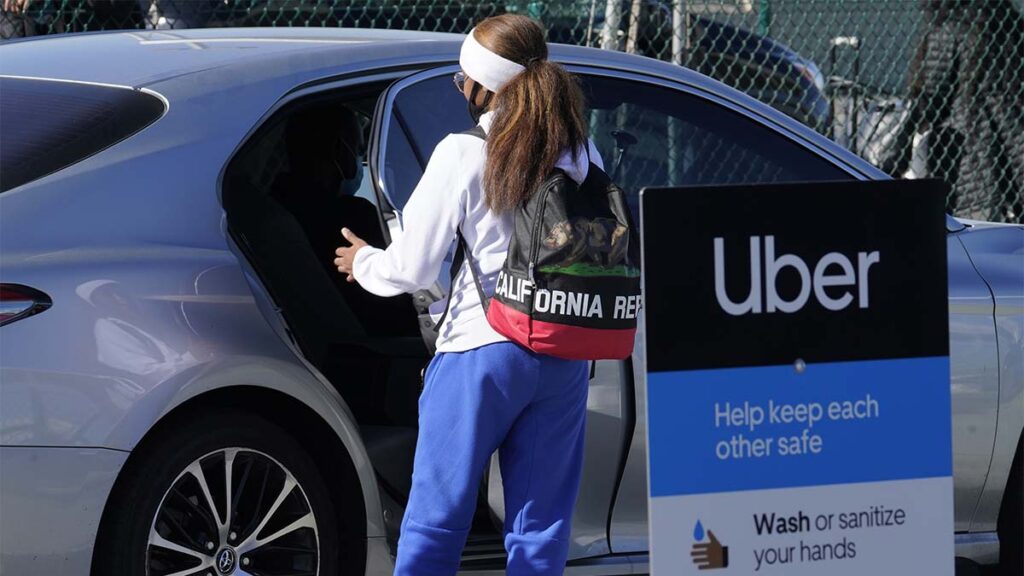 Uber saw record demand in the first quarter as its food delivery business grew and ride-hailing began to see some recovery.

The San Francisco-based company said Wednesday that its bookings jumped 24% to $19.5 billion _ an all-time high _ in the January-March period. That was far ahead of the $18 billion Wall Street was anticipating, according to analysts polled by FactSet.

Uber said demand is increasing faster than its supply of drivers. Last month, the company said it planned to spend $250 million on sign-up bonuses and other incentives to lure drivers.

“We’re finally seeing the light at the end of the tunnel,” Uber CEO Dara Khosrowshahi said in a conference call with investors.

One big question for Uber has been whether food-delivery orders will slow down once restaurants fully reopen. So far, that hasn’t happened in markets like Sydney, which fully reopened dining in February. Nelson Chai, Uber’s chief financial officer, said delivery customers do keep ordering, although some less often.

But Chai said it remains difficult to predict exactly what will happen to delivery demand as markets continue to reopen and customers adjust their post-pandemic routines.

Uber’s first quarter revenue fell 11% to $2.9 billion, partly due to a $600 million charge for back payment of workers in the United Kingdom. After losing a court battle in March, Uber must classify its 70,000 U.K. drivers as its own workers and pay them minimum wages, among other benefits.

The company reported a net loss of $108 million for the period, or 6 cents per share. Analysts had forecast a 56-cent loss.