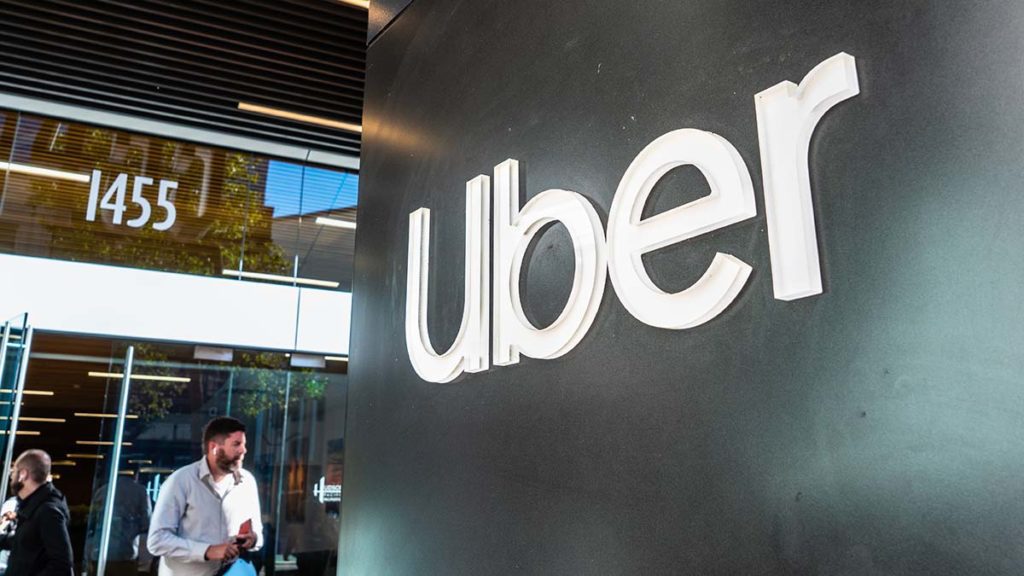 NEW YORK (AP) — In a world where the coronavirus pandemic has turned social distancing into a new way of life, companies whose business models bank on people’s willingness to share their personal space are now struggling.

Uber said Wednesday it’s cutting 3,700 full-time workers, or about 14% of its workforce, as people fearful of infection either stay indoors or try to limit contact with others to minimize risk when they do venture out. Rival Lyft and home-sharing service Airbnb have also announced cuts because of falling usage.

The layoffs and related costs like severance will cost about $20 million for Uber, which had already imposed a hiring freeze. The San Francisco-based company has offered up to 14 days of financial assistance to drivers and delivery workers who were diagnosed with the COVID-19 disease, or placed in quarantine.

Those ride-hailing drivers still on the road are trying to avoid infection and patch together enough fares to put dinner on the table even as ridership plummets.

“A lot of us are living on the razor’s edge of homelessness,” said Jerome Gage, 28, who drives for Uber’s rival Lyft in Los Angeles. “We have to work or we don’t eat.”

Gage, who as a contract worker does not have paid sick leave or health insurance, has seen his income plummet as the number of rides he provided fell about 75%. He got one disposable mask and a few small bottles of sanitizer from Lyft, but said it’s not enough to keep him safe.

“Any trip, you could contract the virus,” Gage said. “So every single day we’re on the road we’re in harm’s way.”

Lyft announced last month it would lay off 982 people, or 17% of its workforce in the face of sinking ridership. The San Francisco company expects to spend $28 million to $36 million on expenses related to employee severance and benefit costs.

Lyft’s revenue grew 23% to $955.7 million in the first quarter, which doesn’t capture the full extent of the outbreak. The number of active riders grew just 3%, the company said Wednesday. Lyft lost $398.1 million, which was better than the year-ago loss of $1.1 billion when the company had higher expenses related to its IPO.

“While the COVID-19 pandemic poses a formidable challenge to our business, we are prepared to weather this crisis,” said Logan Green, co-founder and CEO, in a statement. “We are responding to the pandemic with an aggressive cost reduction plan that will give us an even leaner expense structure and allow us to emerge stronger.”

Both Uber and Lyft are trying to conserve cash so they can weather the pandemic’s fallout, in part by emphasizing deliveries of food and other goods. Lyft, which in the past touted its singular focus on transportation, started a temporary service called “Essential Deliveries” last month to deliver goods such as groceries to food banks and senior centers. Uber is expanding Eats, its restaurant delivery service, into 20 international markets this year.

But the success of their businesses depends on people being willing to open up their cars, and drivers in some parts of the country can make more money collecting unemployment benefits, said Stephen Beck, managing partner of cg42,a management consulting firm.

The psychology of riders’ decision-making is also shifting. Ride-hailing companies were banking on people deciding they would rather hitch a ride than own a car, a belief that has changed for some consumers during the pandemic. Riders also will be making decisions about what’s safest, and would have to trust that a shared vehicle less risky than a bus or train.

Even in its worst-case scenario — an 80% decline in ridership through 2020 — Uber has said it would end the year with $4 billion in cash. That would still mean burning through almost $7 billion this year, which could create problems for Uber’s larger ambitions such as self-driving cars and air taxis.

Airbnb is slashing staff as the thought of opening living spaces to strangers begins to feel like an anachronism.

On Tuesday, the company announced it was cutting a quarter of its workforce, some 1,900 people. The San Francisco-based company expects its revenue to drop by more than half this year.

It was not so long ago that Airbnb was poised to cash in on a soaring stock market with its highly anticipated public offering. But with the market now reeling and few people looking to anywhere but home, Airbnb is reportedly racking up millions of dollars in losses.

When consumers eventually resume traveling, Airbnb CEO Brian Chesky anticipates they will spend less and stay closer to home. Earlier this year, after the company told guests they could cancel their stays without penalties, it agreed to pay furious hosts $250 million to make up for some of their lost income.