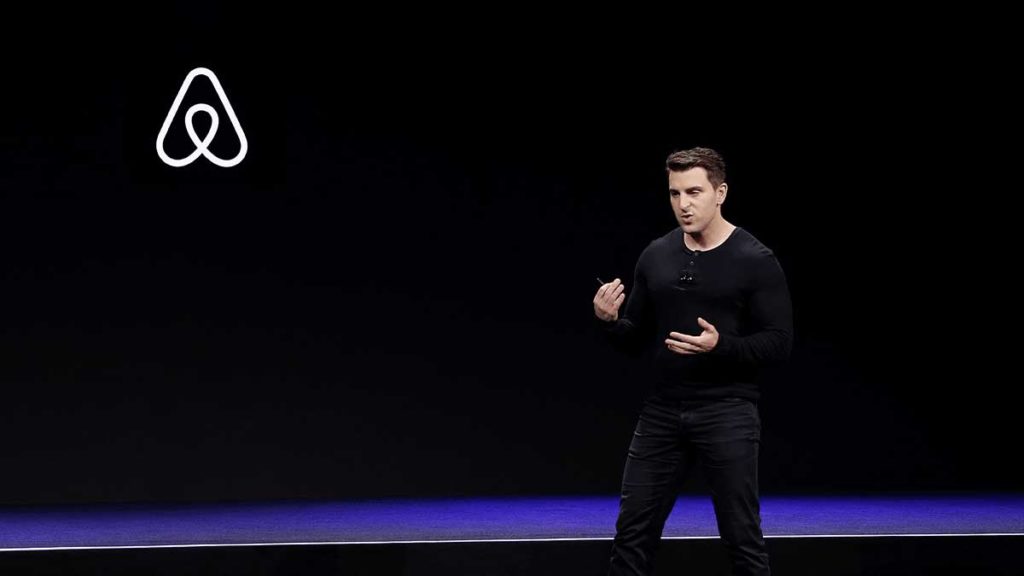 Just as the coronavirus outbreak has boxed in society, it’s also squeezed high-flying tech companies reliant on people’s freedom to move around and get together.

Since the beginning of March, for instance, Uber shares have lost a quarter of their value. Rival Lyft is down 28 percent. Over the same period, the S&P 500 has fallen just 10 percent, even with wild swings along the way. The picture is even less clear for other, still-private “unicorn” companies once valued at more than $1 billion, such as Airbnb and WeWork.

“What market pressure will mean for all companies is survival of the fittest,” said Allen Adamson, co-founder of the marketing firm Metaforce and a business professor at New York University. “If you are going into this storm in a bad shape, it’s not going to be pretty.”

Just few weeks ago, Airbnb was poised to cash in on a soaring stock market with its highly anticipated public offering. But with the market now reeling and few people looking to anywhere but home, Airbnb is reportedly racking up millions of dollars in losses while fending off a backlash from hosts who rely on its service to survive.

Hosts were furious when the company told guests they could cancel their stays without penalties. Last week, Airbnb agreed to pay hosts $250 million to make up for some of the money lost to cancellations.

AirDNA, a data firm that helps property owners set rental rates, says the impact on U.S. Airbnb hosts has been mixed. In New York City, bookings dropped 66% in March, but in outer suburbs they were up as people fled the city. Bookings in Westhampton Beach, N.Y., jumped sixfold. Similarly, bookings in the city of Chicago fell 11% last month, but in St. Joseph, Michigan — a lakeside community within driving distance — they were up by a factor of four.

Cary Gillenwater, who has an attached guest suite in Amsterdam listed on Airbnb, said 20 guests have canceled reservations between March and June, costing him nearly $11,000. He had hoped for compensation from the company, but was told that only reservations canceled through Airbnb that specifically mentioned the coronavirus would qualify. Several of his would-be guests contacted him directly to cancel; he refunded their money, but may be out of luck when it comes to reimbursement. Airbnb didn’t immediately respond to a request for comment.

The company got a lifeline of sorts on Monday, when two private equity firms — Silver Lake and Sixth Street Partners — invested $1 billion in debt and equity in the company. The firms say the expect Airbnb to emerge from the crisis in a stronger position.

The Wall Street Journal reported on Tuesday, however, that the company will pay interest of more than 10% on those loans and that it has made a “verbal commitment” to reduce fixed costs and to bring in supplemental management — terms that often mean layoffs and other cost-cutting. Airbnb didn’t immediately respond to a request for comment on the Journal report.

Uber, meanwhile, is trying to reassure jittery investors than its aggressive expansion plans for ride-hailing remain on track. Like its rival Lyft, it has seen ride demand hit a wall as states ratchet up stay-at-home orders. Both companies are trying to conserve cash so they can weather the pandemic’s fallout, in part by emphasizing deliveries of food and other goods.

Even in its worst-case scenario — an 80% decline in ridership through 2020 — the company said it would end the year with $4 billion in cash. That would still mean burning through almost $7 billion this year, which could create problems for Uber’s larger ambitions such as self-driving cars and air taxis.

Analysts, however, remain largely bullish. “We believe both Uber and Lyft will come out the other side still well placed to capture growth and opportunity,” said Wedbush Securities analyst Daniel Ives.

Drivers are another story. San Diegan Christopher Chandler, who’s been driving for both companies for two years, said he’s lost more than 80% of his income since riders all but vanished. “I’m going to have to make some hard choices about what bills I won’t pay this month,” said Chandler, who has switched to deliveries that don’t come close to covering his former ride income.

Other lesser-known companies, however, have benefited from the pandemic. Zoom, the video conferencing provider, has seen its stock soar to new highs in recent weeks; shares have nearly quadrupled compared to their IPO price just 11 months ago.

Not so long ago, the meal-kit maker Blue Apron was threatened with delisting from the New York Stock Exchange after its shares fell below the exchange minimum of $1. Since the beginning of March, however, company shares have more than tripled after it reported a sharp increase in consumer demand fueled by stay-at-home orders.

CB Insights lists more than 450 startups worldwide valued at $1 billion or more. While it can be hard to paint these unicorns with a broad brush because of their variety of business models and leadership styles, co-founder and CEO Anand Sanwal said that what COVID-19 is doing to the economy will be “tough for any company to weather, startup or not.”

Sanwal said he’s already seeing a decline in early-stage seed investments that help launch new tech startups. But he said investors who have poured big sums into unicorn startups will likely try to do what they can to help keep them healthy, at the very least by grooming them for sale rather than standing by as they collapse.

“Investors are going to make some hard decisions about whether this is a temporary downturn, or a company that doesn’t have a shot,” he said.