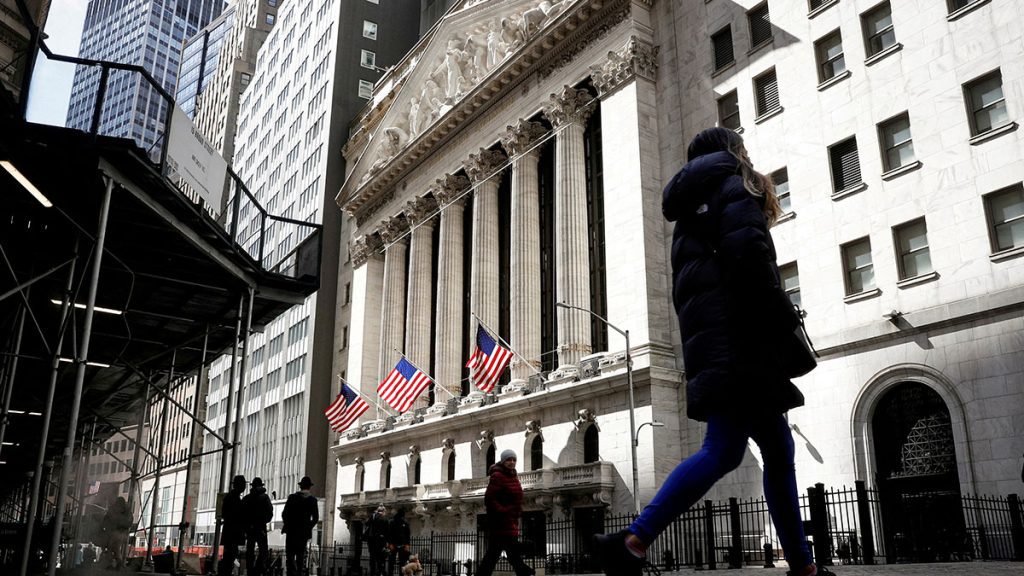 U.S. stocks closed lower for a second straight session on Tuesday after data indicating that the labor market remained on solid ground dimmed hopes the Federal Reserve might have enough reason to begin reducing the size of its interest rate hikes.

A survey showed U.S. job openings unexpectedly rose in September, suggesting that demand for labor remains strong even as the central bank has embarked on a path of aggressive rate hikes in an effort to bring down stubbornly high inflation.

Investors have been paying close attention to labor market data for any signs of weakening in the job market, as decreasing wage pressures and easing demand would help reduce inflation, giving the Fed the ammunition to begin decelerating with a 50-basis-point rate hike in December.

Growing expectations the central bank may have enough justification to begin slowing in December — partly due to data pointing to a weakening economy and a corporate earnings season that has been better than expected — helped stocks rally in October, with the Dow notching its biggest monthly percentage gain since 1976.

The sharp focus on labor market data overshadowed another report which showed U.S. manufacturing activity grew at its slowest pace in nearly 2-1/2 years in October as rising rates cool demand for goods and pricing pressures on manufacturers lessened.

“That is the concern for the market is we know the Fed wants to slow down the labor market, they want to slow down hiring so demand drops in the economy, which will help inflation,” said Anthony Saglimbene, chief market strategist at Ameriprise Financial in Troy, Michigan.

“From an employment standpoint things look really robust though, and that is putting some pressure on stocks.”

The Fed is set to release its policy statement at 2 p.m. EDT (1800 GMT) on Wednesday, and investors will be closely eyeing any signals in the statement or comments from Fed Chair Jerome Powell afterward that the central bank is contemplating decreasing its rate hikes.

Energy, up 0.99 percent was the best-performing S&P sector, lifted by a gain in crude prices on an unverified report that China was considering lifting its strict COVID-19 regulations.

That also helped boost U.S.-listed shares of Chinese firms such as JD.Com, up 3.08 percent and Alibaba Group Holding, which gained 3.59 percent.

Megacap growth names such as Amazon and Apple, which have struggled since the Fed began raising interest rates, were once again under pressure, falling 5.52 percent and 1.75 percent, respectively.

Uber Technologies surged 11.97 percent after giving an upbeat fourth-quarter profit view that also lifted shares of its peers Lyft Inc, up 3.48 percent and DoorDash, up 3.61 percent.

Volume on U.S. exchanges was 11.11 billion shares, compared with the 11.45 billion average for the full session over the last 20 trading days.

Advancing issues outnumbered declining ones on the NYSE by a 1.56-to-1 ratio; on Nasdaq, a 1.29-to-1 ratio favored advancers.