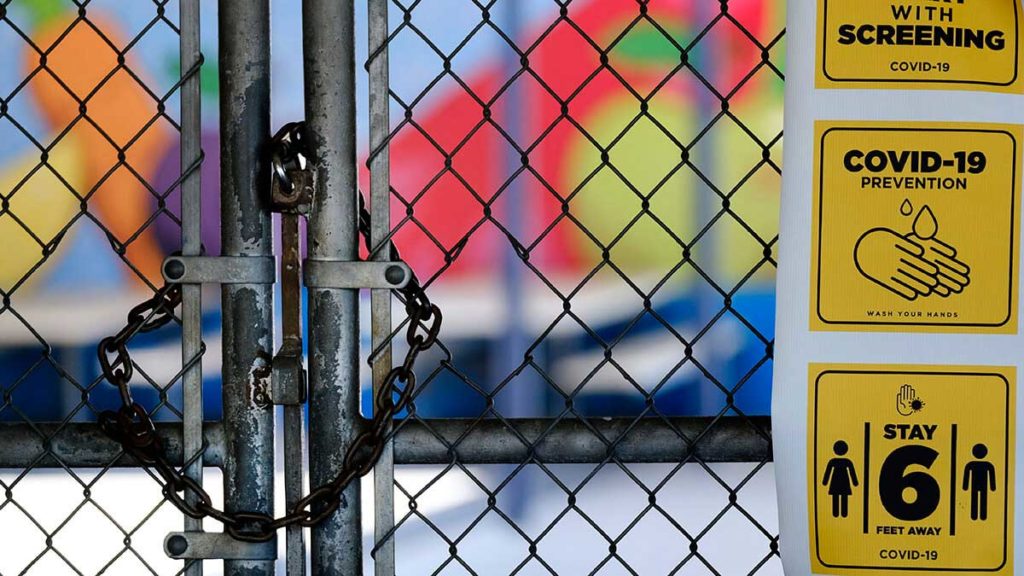 SACRAMENTO, Calif. (AP) — The Los Angeles and San Diego school districts, the two largest in California with a combined K-12 student population of about 720,000, announced Monday they won’t bring students back to classrooms next month because of rising coronavirus hospitalizations and infection rates.

School leaders said there is too much uncertainty surrounding the safety of students and staff to try to return pupils to classrooms right away so they will continue the distance learning that was employed for the final months of the spring semester.

“There’s a public health imperative to keep schools from becoming a petri dish,” said Austin Beutner, superintendent of the Los Angeles Unified School District — the second-largest public school district in the country. “The health and safety of all in the school community is not something we can compromise.”

In a letter to parents, Cindy Marten, superintendent of the San Diego Unified School District, said nothing was decided beyond beginning the academic year online. An Aug. 10 update will address the possibility of returning to in-person instruction later on.

“We will get back there, but we just can’t start there,” she wrote.

The viewpoint wasn’t shared by the school board in nearby Orange County, which voted 4-1 Monday evening to approve a set of guidelines for reopening school campuses next month without students being required to wear masks or social distance.

Those guidelines conflicted with the county’s own Department of Education and aren’t binding on the county’s 27 school districts, which have their own leaders.

LA and San Diego are the latest in a growing number of California school districts choosing to start the new term with digital learning amid strong concerns from teachers unions and as local leaders push Gov. Gavin Newsom’s administration for clearer guidelines on what classroom learning should look like.

Newsom, a Democrat, applauded Los Angeles and San Diego but stressed that each district has unique needs. The power on whether to reopen rests with local districts and boards, but his administration has issued recommendations for schools.

Newsom said he approved more rules Friday on masks, sports, singing, busing and other school activities, but his administration did not immediately make them public.

“A few things are non-negotiable: Our children’s health and the absolute essential importance of educating our children,” Newsom said Monday.

Schools across California closed in March as the state was ramping up virus-related restrictions. The move to distance learning was rocky for teachers, parents and students, particularly those who lacked the right technology or internet access. Newsom noted the state budget includes more than $5 billion to help students suffering from learning losses due to not physically being at school.

Both the state Department of Education and Department of Public Health have released guidance for districts to follow when reopening, which include implementing temperature checks for students, remaking activities such as lunch and recess, and recommending cloth face coverings.

Still, teachers are calling on the state to put clearer guidelines and rules in place for reopening.

On Friday, leaders of the Los Angeles teachers union called for campuses to remain closed and for distance learning to continue due to the surging numbers of cases in Los Angeles County.

“We all want to physically open schools and be back with our students, but lives hang in the balance. Safety has to be the priority. We need to get this right for our communities” United Teachers Los Angeles President Cecily Myart-Cruz said in a statement last week.

The California Federation of Teachers, which represents 120,000 teachers and school employees, said Monday it sent a letter to Newsom and the Legislature asking state leaders to delay the physical reopening of schools and provide stronger direction to counties that “have been left on their own to make the difficult decision on whether it is safe to reopen schools.”

“We urge the Governor to take action and delay the reopening of schools until we can guarantee our schools are safe. The stakes are as high as it gets, and we have only one chance to get this right,” CFT President Jeff Freitas said in a statement.

The California Teachers’ Association, which represents 310,000 members, said pointedly on Friday: “We cannot reopen schools until it is safe.”

CTA President E. Tony Boyd listed some of the needs for schools to stay safe: increased testing for students and staff, rapid notification of tests and contact tracing, all of which requires more funding at a time of budget cuts.

In San Diego and Los Angeles, the districts said guidelines that have come out have been “vague and contradictory” and that California’s “skyrocketing infection rates of the past few weeks make it clear the pandemic is not under control.”

For most people, the new coronavirus causes mild or moderate symptoms, such as fever and cough that clear up in two to three weeks. For some, especially older adults and people with existing health problems, it can cause more severe illness, including pneumonia and death.