Published 2 Years Ago on Wednesday, Jul 15 2020
By Inside Telecom Staff 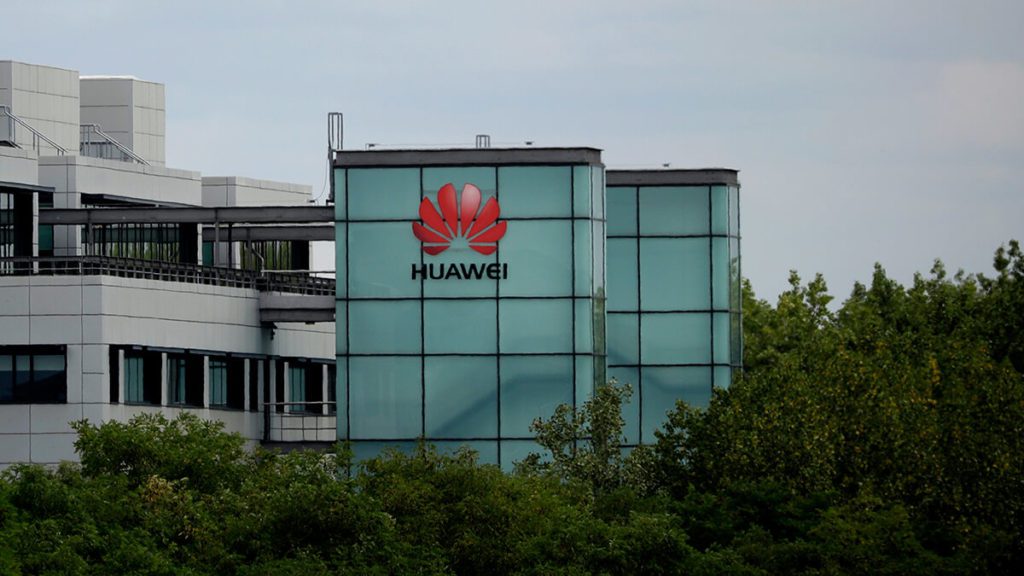 LONDON (AP) — Britain on Tuesday backtracked on plans to give Chinese telecommunications company Huawei a role in the U.K.’s new high-speed mobile phone network amid security concerns fueled by rising tensions between Beijing and Western powers.

Britain said it decided to prohibit Huawei from working on the so-called 5G system after U.S. sanctions made it impossible to ensure the security of equipment made by the Chinese company.

The U.S. had also threatened to sever an intelligence-sharing arrangement with Britain because of concerns that Huawei’s involvement could allow the Chinese government to infiltrate U.K. networks.

Culture Secretary Oliver Dowden told Parliament the decision would delay the rollout of 5G technology and increase costs by up to 2 billion pounds ($2.5 billion), but that it had to be done.

“This has not been an easy decision, but it is the right one,” he said.

The decision forces British telecoms operators to stop buying 5G equipment from Huawei by the end of this year but gives them until 2027 to remove Huawei gear that has already been used in the network, which is currently under construction.

Fifth generation, or 5G, networks are expected to usher in a new wave of wireless innovation, with super-fast speeds and low signal delay that will help the development of self-driving cars, remote surgery and factory robots.

Critically for telecoms operators, the government opted not to order them to rip out equipment manufactured by Huawei and used in earlier systems, such as the existing 4G network. Such a decision might have caused havoc in U.K. telecoms systems.

Still, the decision marks a major retreat for Prime Minister Boris Johnson, who in January sought to balance economic and security pressures by agreeing to give Huawei a limited role in the 5G network. Under the earlier ruling, Huawei would have been limited to providing 35% of equipment such as radios and antennas, with the company barred from supplying core components of the system.

But the move set up a diplomatic clash with the U.S., which is involved in a wide-ranging trade dispute with China and threatened to cut off security cooperation unless Britain dumped Huawei. Amid continued pressure to remove Huawei from communication networks entirely, the U.S. in May imposed new sanctions that will bar companies around the world from using American-made machinery or software to produce chips for the Chinese company.

U.S. officials claim that under Chinese law the government could force Huawei to give it access to foreign networks it has helped build. Huawei denies this, saying that countries such as Britain have already developed oversight procedures to ensure there are no security breaches.

“The reported U.K. action reflects a growing international consensus that Huawei and other untrusted vendors pose a threat to national security, as they remain beholden to the Chinese Communist Party,” said Robert O’Brien, who is in Europe this week. “We look forward to working with the U.K., as well as our many other partners and allies, to spur innovation, promote vendor diversity in the 5G supply chain, and ensure 5G security free from dangerous manipulations.”

U.S. Secretary of State Mike Pompeo said that with the “decision, the UK joins a growing list of countries from around the world that are standing up for their national security by prohibiting the use of untrusted, high-risk vendors.”

Johnson also came under pressure from rebels in his own Conservative Party who criticized China’s new Hong Kong security law and its treatment of ethnic Uighurs in China’s far west Xinjiang region, as well as Huawei’s links to the Chinese government. Two weeks ago, members of Parliament debated Huawei’s entanglement in Xinjiang following an Associated Press report on forced birth control measures in the region, pressing the government to cut ties with the company on human rights grounds. Ten Conservative lawmakers this week sent a letter to Johnson demanding that he remove Huawei from “the U.K.’s critical national infrastructure.”

The Labour Party’s spokeswoman on communications issues, Chi Omwurah, decried the government’s flip-flop approach and said it would have a dire impact on the future.

“It has been clear for some time that there are serious questions over whether Huawei should be allowed to control large sections of our country’s telecoms networks, yet the government refused to face reality,” she said. “Their approach to our 5G capability, Huawei and our national security has been incomprehensibly negligent.”

Huawei expressed disappointment, saying that the decision threatens to move “Britain into the digital slow lane, push up bills and deepen the digital divide.”

“The American motive for these activities is one of protecting American jobs,” Huawei UK Vice President Jeremy Thompson told The Associated Press, arguing that the United States., despite its global might, is behind the curve when it comes to wireless technology.

“The U.S. have under-invested in wireless consistently since the second generation. Here we are in the fifth,” he said. “They’ve under-invested. And as a result, they’re behind the rest of the world.”

The controversy has put Huawei at the vortex of tensions between China and Britain.

Last fall, the U.K. called on China to give the U.N. High Commissioner for Human Rights free access to Xinjiang.

More recently, Johnson’s government has criticized China’s decision to impose a sweeping new national security law on Hong Kong. Britain accused the Beijing government of a serious breach of the Sino-British Joint Declaration under which the U.K. returned control of Hong Kong to China in 1997, and announced it would open a special route to citizenship for up to 3 million eligible residents of the city.

“Britain can only be great,” he said, when it has an independent foreign policy, adding that it sets a bad precedent to “make your policy in the morning and change it in evening.”

“It also sends out a very bad message to the China business community,” Liu said, suggesting Chinese companies might think twice about investing in Britain. “They are all watching how you handle Huawei.”

Rana Mitter, an Oxford University history professor specializing in China, said that the security law — combined with broader resentment about the way China handled information about the coronavirus — created increased wariness among Britain’s politicians and the public.

But for China, it’s the way Britain has handled the Huawei issue that is the major problem. Even if Britain decides that buying Huawei isn’t a good idea, this could have been done more discreetly, Mitter said.

“I think the immediate reaction from China is going to be pretty incandescent,” he said. “They’re going to be very, very angry about the reversal of the decision, not just because of the decision itself, but because in a sense, it has made them lose face.

“Having said yes, back in January, the British government has now done a pretty exact U-turn and said absolutely no. But I think that China will maybe made to feel as if it’s been made essentially to suffer the consequences of that U-turn in public.”