Published 2 Years Ago on Tuesday, Aug 25 2020
By Inside Telecom Staff 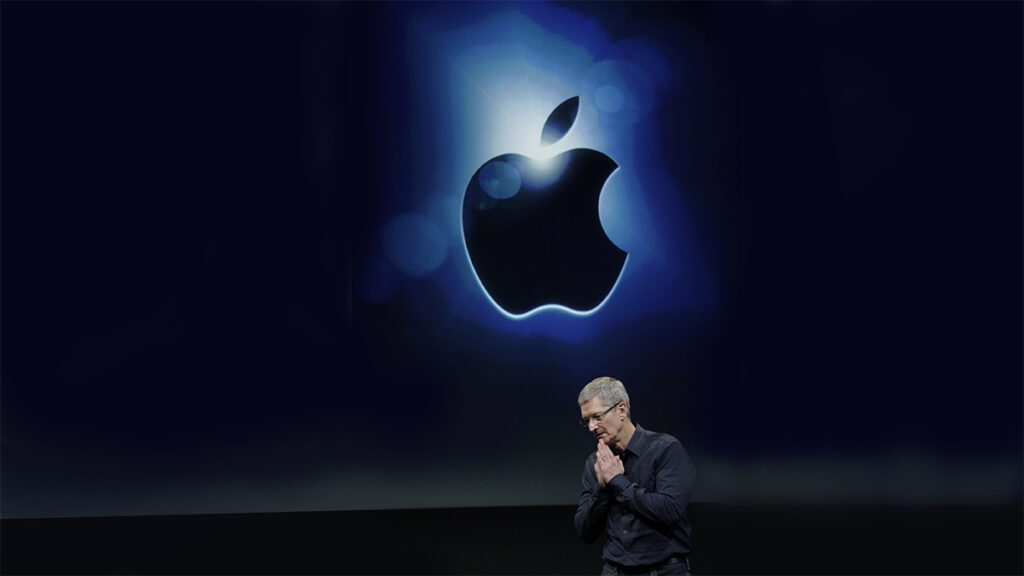 BERKELEY, Calif. (AP) — Apple co-founder Steve Jobs, who died in 2011, was a tough act to follow. But Tim Cook seems to be doing so well at it that his eventual successor may also have big shoes to fill.

Initially seen as a mere caretaker for the iconic franchise that Jobs built before his 2011 death, Cook has forged his own distinctive legacy. He will mark his ninth anniversary as Apple’s CEO Monday — the same day the company will split its stock for the second time during his reign, setting up the shares to begin trading on a split-adjusted basis beginning Aug. 31.

Grooming Cook as heir apparent was “one of Steve Jobs’ greatest accomplishments that is vastly underappreciated,” said long-time Apple analyst Gene Munster, who is now managing partner of Loup Ventures.

The upcoming four-for-one stock split, a move that has no effect on share price but often spurs investor enthusiasm, is one measure of Apple’s success under Cook. The company was worth just under $400 billion when Cook the helm; it’s worth five times more than that today, and has just become the first U.S. company to boast a market value of $2 trillion. Its share performance has easily eclipsed the benchmark S&P 500, which has roughly tripled in value during the past nine years.

But it hasn’t always been easy. Among the challenges Cook has faced: a slowdown in iPhone sales as smartphones matured, a showdown with the FBI over user privacy, a U.S. trade war with China that threatened to force up iPhone prices and now a pandemic that has closed many of Apple’s retail stores and sunk the economy into a deep recession.

Cook, 59, has also struck out in into novel territory. Apple now pays a quarterly dividend, a step Jobs resisted partly because he associated shareholder payments with stodgy companies that were past their prime. Cook also used his powerful perch to become an outspoken advocate for civil rights and renewable energy, and on a personal level came out as the first openly gay CEO of a Fortune 500 company in 2014.

Apple declined to make Cook available for an interview. But it did point to 2009 comments Cook made to financial analysts when he was running the company while Jobs battled pancreatic cancer.

Asked what the company might look like under his management, Cook said that Apple needs “to own and control the primary technologies behind the products we make.” It has doubled down on that commitment, becoming a major chip producer in order to supply both iPhones and Macs. He added that Apple would resist exploring most projects “so that we can really focus on the few that are truly important and meaningful to us.”

That laser focus has served Apple well. At the same time, though, under Cook’s stewardship, Apple has largely failed to come up with breakthrough successors to the iPhone. Its smartwatch and wireless ear buds have emerged as market leaders, but not game changers.

Cook and other executives have dropped hints that Apple wants make a big splash in the field of augmented reality, which uses phone screens or high-tech eyewear to paint digital images into the real world. Apple has yet to deliver, although neither have other companies that have hyped the technology.

Apple also has stumbled a few times under Cook’s leadership.

In 2017, it alienated customers by deliberately but quietly slowing the performance of older iPhones via a software update, ostensibly to spare the life of aging batteries. Many consumers, though, viewed it as a ploy to boost sales of newer and more expensive iPhones. Amid the furor, Apple offered to replace aging batteries at a steep discount; later it paid $500 million to settle a class-action lawsuit over the matter.

Apple has also faced government investigations into its aggressive efforts to minimize its corporate taxes and complaints that it has abused control of its app store to charge excessive fees and stifle competition to its own digital services. On the tax front, a court ruled in July that Apple did nothing wrong.

Cook has turned the app store into the cornerstone of a services division that he set out to expand four years ago. At the time, it was growing clear that sales of the iPhone — Apple’s biggest money maker — were destined to slow down as innovations grew sparse and consumers kept their old devices for longer.

That division could be worth even more now had Cook done something many analysts believe Apple should have done at least five years ago by dipping into a hoard of cash that at one point surpassed $260 billion to buy Netflix or a major movie studio to fuel its video streaming ambitions.

Buying Netflix seemed like within the realm of possibility five years ago when the video streaming service was valued at around $40 billion. Now that Netflix is worth more than $200 billion today, that idea seems off the table, even for a company with Apple’s vast resources.