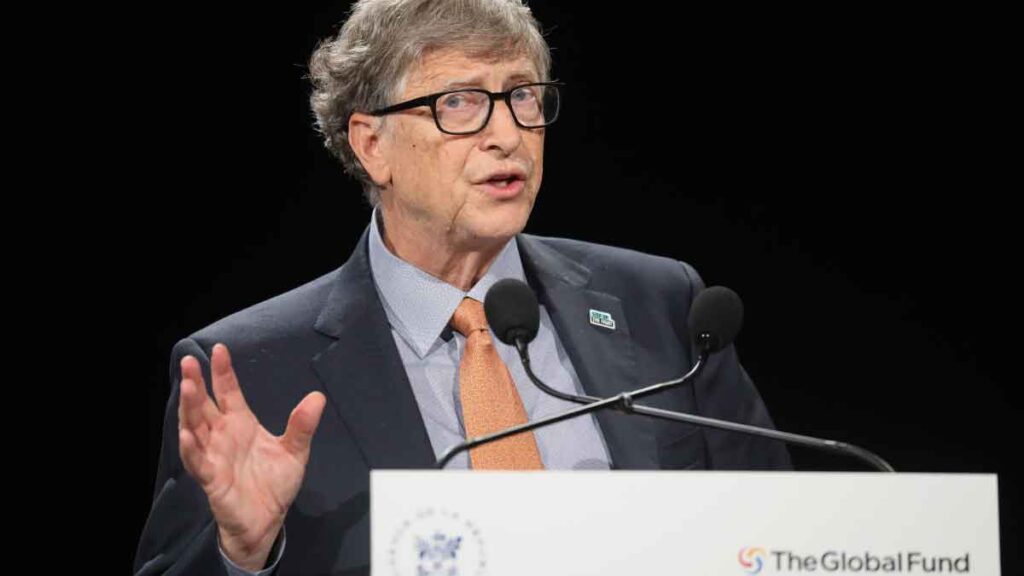 Despite damaging allegations suggesting Bill Gates pursued women who worked for him, don’t expect changes to his roles at the two iconic institutions he co-founded, Microsoft and his namesake philanthropic foundation.

Critics say the revelations raise accountability concerns, though it remains unclear how much the dent to Gates’ reputation might affect the institutions that are so closely associated with him.

The Bill and Melinda Gates Foundation says it is not investigating the allegations in the media, as the reported incident involving one of the world’s largest, most influential nonprofits was made by “an anonymous former employee.”

“The foundation has never received any formal complaints regarding Bill Gates,” the spokesperson noted in a statement to AP. “When we do receive an allegation of misconduct, we take it very seriously, conduct an investigation, and take deliberate actions appropriate to the situation.”

The New York Times and Wall Street Journal over the weekend detailed Gates’ reported behavior toward women, ranging from a full-blown affair at Microsoft to dismissiveness toward his now-estranged wife and foundation co-chair, Melinda French Gates, as well as asking out women who felt uncomfortable with his advances at both institutions.

Microsoft Corp. said the company hired a law firm in late 2019 to conduct an investigation after a Microsoft engineer alleged in a letter that she had a sexual relationship with Gates over several years.

Microsoft spokesperson Frank X. Shaw this week declined to answer further questions about what the board concluded and why the investigation wasn’t previously disclosed. The company in March 2020 announced Gates was leaving the board to “dedicate more time to his philanthropic priorities” but would continue to serve as a technology adviser to CEO Satya Nadella and other Microsoft leaders.

Gates’ spokesperson said the investigation did not force him off the board and that he had for years planned to spend more time on his philanthropy.

The spokesperson referred to a statement issued to the New York Times: “It is extremely disappointing that there have been so many untruths published about the cause, the circumstances and the timeline of Bill Gates’ divorce.”

On May 3, the Gateses announced in identical tweets that they had decided to end their marriage of 27 years.

The allegations against Bill Gates are a red flag for some of Microsoft’s shareholders, said Natasha Lamb, managing partner of Arjuna Capital, an investment firm that has pushed the company to address pay disparity concerns. She said the company allowing him to resign was cowardly of both Gates and the board and that the revelations are “a real setback for Microsoft in their ability to attract and retain diverse talent.”

“The case of Bill Gates is a classic example of money and power. Clearly, hitting on his employees was his move. That’s how he met his wife. It’s clear that kind of behavior continued,” Lamb said. “This leaves an open question as to how the board and leadership is addressing sexual harassment within the company. There was some change following MeToo in how the company was dealing with these issues internally. But clearly, you had this signal of bad behavior from the top, which sets the culture.”

A former Microsoft employee who waged a 5-year legal battle against the company over alleged gender discrimination in pay and promotions said the Gates allegations reflect broader problems with the company’s culture.

“A lot of their policies around harassment in the workplace were so ineffective at protecting women,” said Katie Moussouris, a cybersecurity researcher, who dropped her lawsuit against Microsoft in November. “I am completely unsurprised.”

Moussouris, who joined the company in 2007 under then-CEO Steve Ballmer, said it wasn’t unusual for engineers to occasionally encounter top corporate executives — especially when they were making presentations about their research. She said that raises concerns about Gates’ ongoing role as a technical adviser to Nadella.

“Which means he’s going to be sitting in exactly on those types of meetings, ongoing,” she said. “This does not remove him from encountering other women at Microsoft.”

It’s unclear the extent to which Melinda French Gates knew of such allegations but it’s been suggested that she was aware of his wandering eye and was horrified by his association with the convicted sex offender Jeffrey Epstein. Her private office, Pivotal Ventures, didn’t respond to a request for comment.

When she filed for divorce earlier this month, the couple pledged to continue to work together at the foundation. But now observers note the recent revelations might give Melinda French Gates more reason to open her own charitable organization with the slice of uncommitted money from the Gateses’ fortune following the divorce.

“The more stories emerge in the press that Melinda didn’t previously know about, she could become less and less interested in continuing a collaborative role with her former husband going forward,” said David Callahan, founder of the Insider Philanthropy website and author of “The Givers: Wealth, Power, and Philanthropy in a New Gilded Age.”

Gates’ spokesperson has pushed back against all the assertions.

“The characterization of his meetings with Epstein and others about philanthropy is inaccurate, including who participated. Similarly, any claim that Gates spoke of his marriage or Melinda in a disparaging manner is false. The claim of mistreatment of employees is also false. The rumors and speculation surrounding Gates’ divorce are becoming increasingly absurd and it’s unfortunate that people who have little to no knowledge of the situation are being characterized as ‘sources.'”

It’s unlikely that most shareholders want to rock Microsoft’s boat, given its years of steady growth since Nadella took over in 2014 that have made it one of the world’s most valuable companies. Its rising profits and stock performance have been largely unaffected by the pandemic because of the importance of its services to people working or studying from home.

In 2019, Arjuna Capital asked fellow Microsoft shareholders to vote in favor of making the company report on gender disparities in salaries at the company’s annual meeting. Microsoft asked investors to defeat the proposal, which they did — though 30% voted in favor, a relatively high percentage for activist proposals. The investment firm will be trying again this year.

Although the recent reports have been damaging to Bill Gates and the foundation that bears his name, Lawrence Gostin, a public health expert at Georgetown University, says it likely won’t affect how nonprofits looking for funding approach the organization.

“Most grantees will continue to come to the foundation for money, because they are more interested in money than they are in the intrigues that go on at the foundation,” Gostin said. But, he added, the reports are likely to influence how the public continues to view the foundation’s prolonged work around gender equality.

“The foundation will be seen not to be standing up for the high standards that it expects its grantees to stand for,” Gostin said, adding the charitable organization “will have to work very hard to restore its reputation, and particularly, to demonstrate that it’s taking allegations of sexually inappropriate behavior or harassment seriously.”