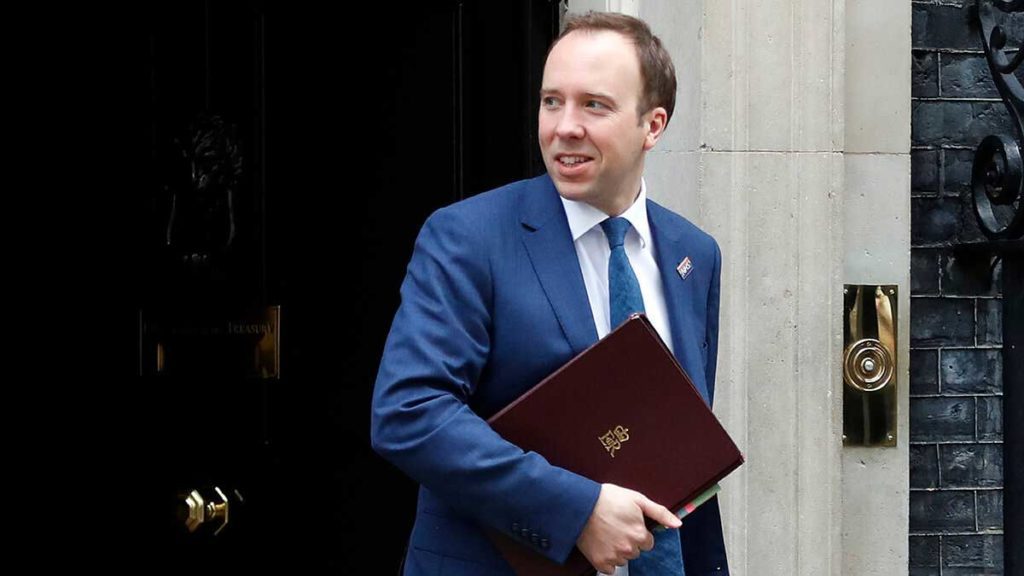 LONDON (AP) — Britain scrapped plans to launch its own coronavirus contact tracing smartphone app because of technical problems and will now work on building one using technology supplied by Apple and Google, health authorities said Thursday.

The app had been undergoing trials on the Isle of Wight, off the southern coast of England, with plans to roll it out to the rest of the country later, but the program went quiet in recent weeks.

Even though it worked well on Google’s Android devices, Health Secretary Matt Hancock said the government was abandoning the prototype app and instead putting its efforts into developing one using a special interface jointly developed by Apple and Google, which itself had problems.

“Our app won’t work because Apple won’t change their system,” Hancock said. He wasn’t able to say when a new app would be ready.

Britain has the highest coronavirus death toll in Europe, at over 42,000, and the Conservative government has been sharply criticized for what many see as its slow, muddled response to fighting the pandemic.

Authorities in Britain and elsewhere have been trying to harness new technology to help manage fresh virus flareups as lockdowns ease. However, efforts to develop mobile apps to help with manual contact tracing, a pillar of infection control, have been dogged by technical problems and privacy concerns.

Various contact tracing apps being rolled out across Europe use low-energy Bluetooth signals to anonymously log anyone who comes within close contact to a user — usually two meters for 15 minutes or more.

Britain initially opted to develop its own “centralized” tracing app that would send data about contacts to government servers for analysis, alarming privacy experts. The app is part of a broader British “test, track and trace” program that includes 27,000 people hired to track down anyone who’s been in contact with an infected person, so they can be told to get tested or self-isolate.

The Android version of the British app was fairly accurate at identifying other devices, but the Apple iPhone version wasn’t, picking up only 4% of contacts. The problem is that Apple’s iOS normally won’t let apps use Bluetooth in the background, so it can’t constantly scan for other users.

U.K. authorities started developing a second app in parallel that uses the Google-Apple interface, Hancock said. It was highly accurate at detecting other users, but poor at judging how far away they were, a feature Hancock said was “mission critical to any contact tracing app.”

“We’ve now got problems with both versions but there’s parts of each that can come together to build something that’s stronger than either version.”

Other European nations such as Switzerland, Germany and Italy and some U.S. states have adopted the Google-Apple system, which uses experts say is better for privacy because it keeps data on phones.

“It’s a shame they didn’t do so sooner as the spread of COVID-19 could have been mitigated if they hadn’t been so committed to going it alone,” he said.

However, the Google-Apple system has its weaknesses, said Emily Taylor, CEO of Oxford Information Labs, a cyber intelligence company.

“It won’t achieve the epidemiological goals of understanding hot spots of infection or identifying a second wave,” she said.

Danica Kirka and Pan Pylas contributed to this report.