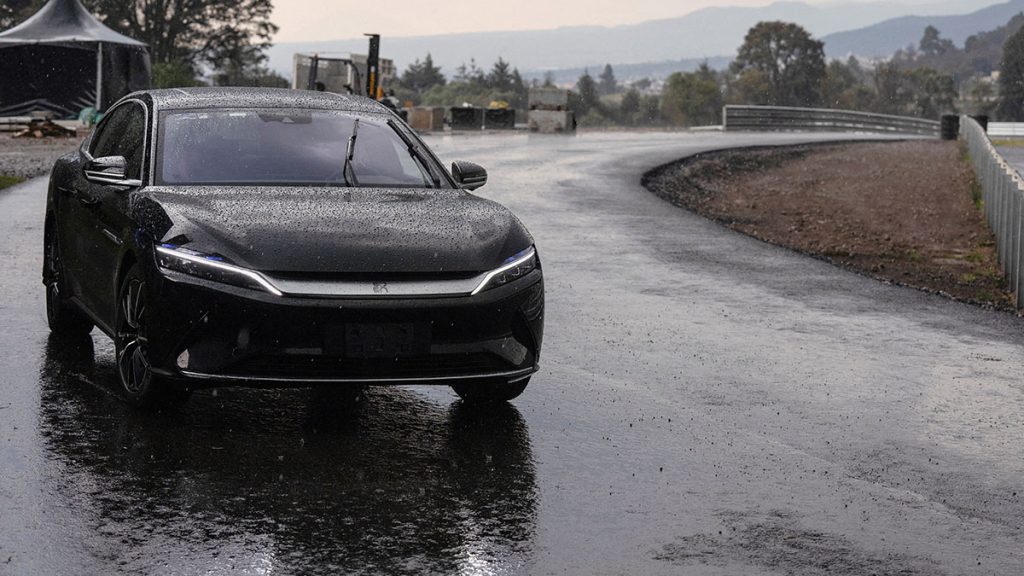 Chinese automakers can build an electric vehicle (EV) for 10,000 euros ($10,618) less than European automakers, an overwhelming cost advantage that will put pressure on European manufacturers in their home market, the head of auto supplier Forvia said.

As European consumers seek cheap EVs, Forvia Chief Executive Patrick Koller told the CES convention in Las Vegas on Wednesday that China was producing “good vehicles” and Europe would not be able to stop imports.

The issue is “more dangerous” for Europe than the United States, Koller told Reuters in an interview, as high duties have limited China’s U.S. market share.

Koller said Chinese EV makers can produce vehicles for less because they have lower research and development costs, lower levels of capital spending and lower labour costs than rivals in Europe.

Europe is relatively open to vehicles imported from China, and Chinese vehicle makers as well as global manufacturers such as Tesla Inc are rushing to step up shipments.

China has a roughly 5.8 percent of Europe’s EV share, according to French auto consultancy Inovev, which predicts a steep rise in the coming years as Chinese brands build more lower-cost models.

By contrast, high duties in the United States on Chinese-made vehicles have so far kept China’s share of the U.S. auto market negligible.

The outlook for global automotive demand in 2023 is uncertain, Koller said. An end to the war in Ukraine would lift prospects, but a deeper, protracted conflict could create a “far darker” scenario.

Koller said Forvia will invest more in the United States, in part to take advantage of federal incentives provided in the Inflation Reduction Act signed into law in August.

Forvia sees opportunities in supplying fuel cell technology for North American pickup trucks, and Koller said he expects a fuel cell pickup to be launched in the United States by 2025.

Forvia has invested in fuel cell technology company Symbio, and Stellantis NV, which owns the Ram pickup brand, said last month it was also in talks to invest in Symbio.

Forvia is on track to meet goals of boosting revenue to 30 billion euros by 2025, and selling 1 billion euros of assets this year, Koller said.

It can execute its asset sales and cost-saving even though it does not control 18 percent of Hella’s shares. Activist hedge fund Elliott Management holds a 10.75 percent stake in Hella. Koller said he is in no hurry to acquire the remaining Hella shares, given Forvia’s existing debt.