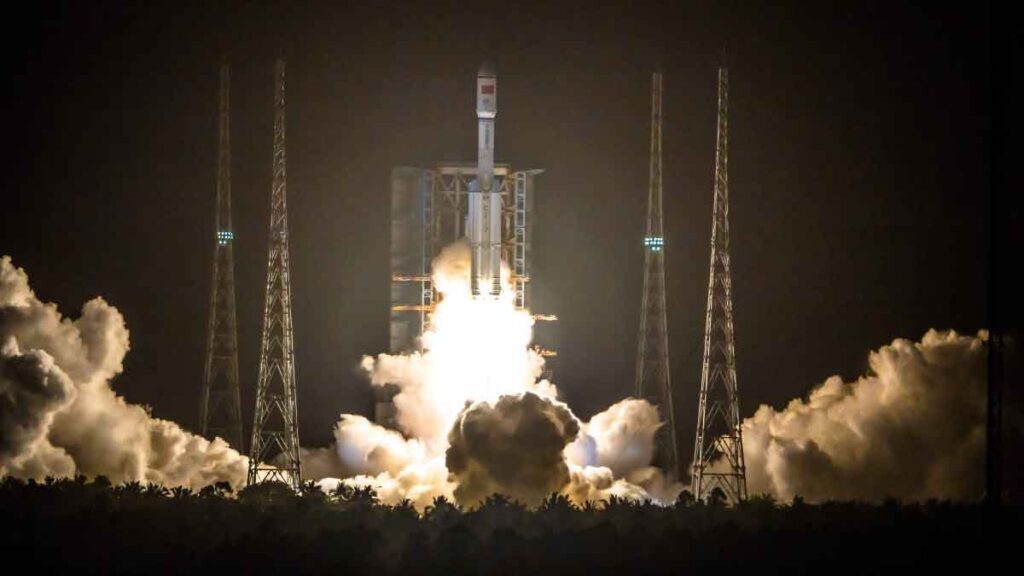 A rocket carrying supplies for China’s new space station blasted off Saturday from an island in the South China Sea.

A Long March 7 rocket carrying the automated Tianzhou-2 spacecraft took off at 8:55 p.m. (1255 GMT) from the Wenchang launch center on Hainan Island, the Chinese space agency announced. The agency said the craft entered orbit 10 minutes later and the launch was deemed a “perfect success.”

The Tianzhou-2 carried fuel and supplies, according to earlier state media reports. The station’s core module was launched into orbit April 29.

The Chinese space agency says 11 launches are planned through the end of next year to deliver two more modules for the 70-ton station, supplies and a three-member crew.

China was criticized for allowing part of the rocket that launched the Tianhe to fall back to Earth uncontrolled. There was no indication about what Beijing planned to do with the rocket from Saturday’s launch.

The Tianhe, or Heavenly Harmony, is the third and largest orbital station launched by China’s increasingly ambitious space program.

Beijing doesn’t participate in the International Space Station, largely due to U.S. objections. Washington is wary of the Chinese program’s secrecy and its military connections.