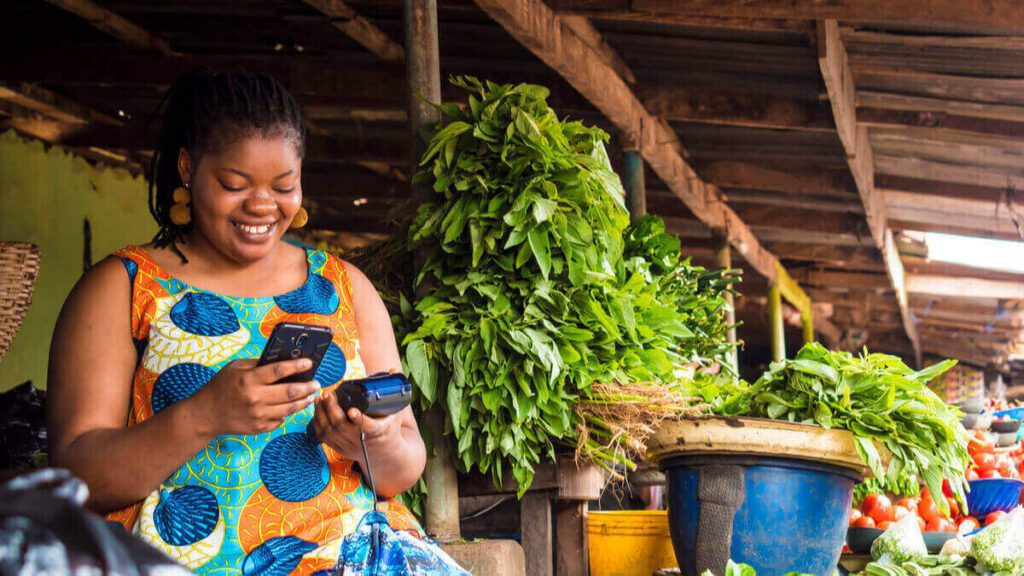 Internet connectivity is the bedrock of any modern economy; it contributes to a nation’s development, attracts investors, grows a startup ecosystem, bolsters banking sectors, and a plethora of other benefits.

It is literally the fuel that drives nations forward.

Even on a consumer level, smartphones help ease our day-to-day lives from the most mundane of things, to work-related obligations; as soon as we step into our homes, we switch to our Wi-Fi connection to carefully manage our mobile data – which is more often than not, unfairly overcharged.

However, there are parts of the world where people must carefully balance and decide which one to pay for; while most opt for the more expensive but more practical mobile data.

This decision must be taken daily by people in countries across Africa, who experience the highest rates for mobile Internet connectivity.

This is often the case due to difficult banking circumstances and a general lack of physical money, thus reliance on FinTech and mobile payment services is heavily leaned upon.

Out of the 230 countries, Africa had three countries topping the most expensive mobile data list, according to a survey done by UK-based price comparison website Cable.co.uk who analyzed the cost of 1GB of mobile data in 230 countries.

A rough pattern can be seen when analyzing the numbers that show the African continent having 10 out the 50 countries with the most expensive pricing per 1GB:

However, there are high levels of saturation between countries on the same continent.

Countries such as Rwanda, Sudan and the Democratic Republic of Congo have the cheapest mobile data in Africa; $0.58, $0.68, and $0.88, respectively.

Considering that the DRC and Sudan are recognized as being two of the poorest countries in the world, it comes as no surprise that mobile data in these countries would be affordable to the population.

While in Northern Africa, Egypt has the cheapest average cost of mobile data at $1.49, followed by Morocco and Western Sahara, both at $1.66 for 1GB of data. In Africa’s largest economies, Nigeria and South Africa, the average cost of data is still relatively expensive at $2.22 and $7.19, respectively.

There are several key characteristics that determine whether a country has a cheap broadband access.

Countries that boast a robust 4G infrastructure tend to have cheaper access to connectivity, mainly due to a telco’s ability to offer bundles that are way beyond 1-10GB per month, as in some countries, telcos have removed data caps.

Thus, cost per gigabyte would remarkably drop in such countries such as Italy and India.

From that, countries with no fixed-line broadband availability heavily lean on mobile data to fill the gap. Due to mobile data being the primary means to go online, coupled with saturated markets, existence of competing providers and low average wages, it allows for data plans to become exceptionally cheap.

According to the report by Cable UK, countries with overburdened infrastructures usually enforce limited internet use culture, regardless if mobile data is widely available and used. Since SIMs are relatively cheap and pre-loaded with bite-sized data amounts.

Thus, amounts of 2-5MB with one day expiries are the norm.

“When multiplying such small quantities to figure out the cost of a gigabyte, then, such countries tend to find themselves at the expensive end of the table. Chad and Benin are examples of this archetype,” the report highlighted.

Naturally, countries that have strong and wealthy economies are found on the lower side of the pricing spectrum, since infrastructures are strong, consumers have a high purchasing power, which subsequently paves the way for more data usage.

Currently, African countries that suffer from high broadband and mobile data prices, are mainly due to a monopolized telecoms landscape where only a maximum of three telcos operate, according to a report by the Coalition for Affordable Internet (A4AI), which is a coalition of businesses, governments, and civil society that aims to bring affordable Internet access all over the world.

The report sites that the primary recommendation is for greater liberalization of markets and measures to increase competitiveness. “Competition is core to successful broadband markets.”

In addition, there must be a move from consolidated markets – monopolies – to a multi-operator ecosystem that would drastically drop the cost of mobile broadband data.

“Our research estimates that 1GB data in a monopoly mobile market could be as much as USD $7.33 more expensive than if it were a two-operator market,” the report argued.

In addition, for this to happen there needs to be fair rules for market entry and incentives to encourage new competitors such as a liberal and transparent licensing regime.

The public sector needs to step in and intervene where for-profit models fall short.

“Provision of public access options such as free public Wi-Fi and telecentres to fill gaps in the market, which are applicable to rural and remote areas to ensure marginalized demographics can access the economic and social benefits of the Web,” the A4AI stated.

According to Dhanaraj Thakur, Research Director of The Web Foundation, governments can make better use of universal service funds to provide access in areas that are under served and there should be room for communities and local municipalities to also engage in service provision that they feel is most appropriate for their localities.

“The problem of lobbying governments to improve access when in several cases, such as Cameroon and Egypt, governments have done the opposite by severely restricting citizens’ internet use,” Thakur was quoted as saying.

He added that in these cases many reiterations have been made regarding the importance and economic benefits of Internet access and conversely the cost of shutting down the internet or specific applications.