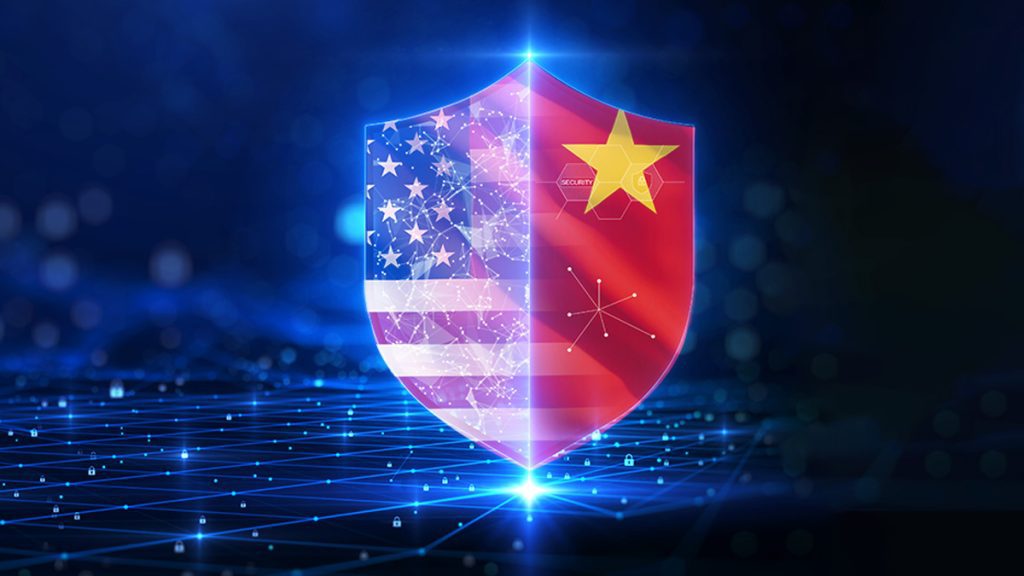 China began enforcing its most recent cybersecurity regulations,”MLPS 2.0,” which mandate that businesses install government-approved network equipment and make their networks transparent to Chinese government authorities. The Chinese Ministry of Public Security will now receive cybersecurity strategy reports from all companies operating in China. They will be permitted to monitor their secure networks. According to the China Law Blog, Chinese cybersecurity law allows the government to seize any information from anybody or anything it determines to be a danger to the country’s security or the general welfare. China is stepping up its cybersecurity measures in the increasingly digital era to safeguard its public and national security interests, as it sets the first stone in its protection scheme in preparation for the cybersecurity war.

Are We Losing the Cybersecurity War?

U.S. Side of the Fence

The sole tier-one cyber power in the world is the U.S. However, recent research from the International Institute for Strategic Studies (IISS) predicts that China will become a capable peer competitor during the next ten years. Since the middle of the 1990s, the United States has dominated cyberspace as a strategic objective, according to the research. It is the only nation with a significant global presence in both civil and military applications of cyberspace, although it currently views China and Russia as essential threats. The U.S. continues to outpace every nation regarding information and communications technology empowerment, but this is not a monopolistic position.

According to the report, China has improved its cyber capabilities over the past three decades, moving from “a position of relative electronics backwardness” to “conduct[ing] large-scale cyber operations abroad, aiming to acquire intellectual property, achieve political influence, carry out state-on-state espionage, and position capabilities for disruptive effect in case of future conflict.” Since then, China has “built the largest domestic cyber-enabled monitoring and censorship apparatus in the world.” But it has more expansive goals. The nation made its plans to compete with the U.S. and others in cyberspace, known in its 2015 military strategy and 2016 cyber strategy. The domestic tech market is expanding, and the economy is increasing, supporting its efforts.

China Side of the Fence

The most significant market in the world for Internet-enabled financial services, mobile payments, and online commerce is China. In China, about 400 million people use smartphones for most of their transactions. More than 700 million Chinese people are thought to have access to the Internet, making the country’s whole information technology market worth well over $300 billion. Therefore, any rule affecting the internet world—including cybersecurity—will impact how China conducts business.

Although innovation entails a complicated process, it also necessitates a culture that is as open and conducive to lively interpersonal interactions as feasible. Although cybersecurity is essential, this rule will also encircle the free market in addition to security. The “great firewall,” or government control of the Internet, is primarily unbothered by businesspeople in China. This new law represents a further step to tighten the government’s control over the Internet. Furthermore, this regulation will ultimately hurt China’s leaders in this dynamic sector, like Huawei, Lenovo, or Tencent, rather than benefiting them. Maybe the idea is that these businesses will fight to change the course and lessen the harmful effects on China’s online environment.

Many Need to Take a Hint

Chinese businesses, security professionals, and leaders consider the claims of Chinese cyberattacks an attempt to defame China. For instance, the state-owned Global Times cited opinions from Chinese companies and experts who said that these were American attempts to defame China. After the 2020 Qihoo 360 study, the China Institute of International Studies (CIIS) issued an article criticizing the United States for its “hypocrisy in cybersecurity.”

The Chinese government’s silence or lack of an effective response to the American charges of Chinese state-sponsored hacking was another annoyance. This is steadily evolving, and the threat of a cybersecurity war is mounting. The Foreign Ministry denounced the United States as a “hacker empire” in 2020. The ministry’s most recent media briefings and the state-sponsored propaganda apparatus highlighted the reports made public by Chinese security firms.

However, China’s messages are intended for a wider global audience rather than only for Americans. Beijing emphasizes that even U.S. allies are at risk from cyberattacks by the United States using these allegations as evidence. This was made evident in Wang Wenbin’s remarks, where he stressed that “the US doesn’t even spare its allies and partners in its global cyber-surveillance and attacks,” citing operations like “Dirtbox,” “PRISM,” “Irritant Horn,” and “Telescreen.”

Lastly, nothing is as it seems. The next major war is by cybersecurity. Yet, it is implausible that this battle is only about the reign over cybersecurity. The U.S. and China have enough resources to keep this battle raging for ages. It is better to consider the underlining of it all. Is it economic supremacy that’s really at stake? Is it the beloved dollar, the keeper of the U.S. legacy? It will all be clear soon enough.

Inside Telecom provides you with an extensive list of content covering all aspects of the tech industry. Keep an eye on our Cybersecurity sections to stay informed and up-to-date with our daily articles.