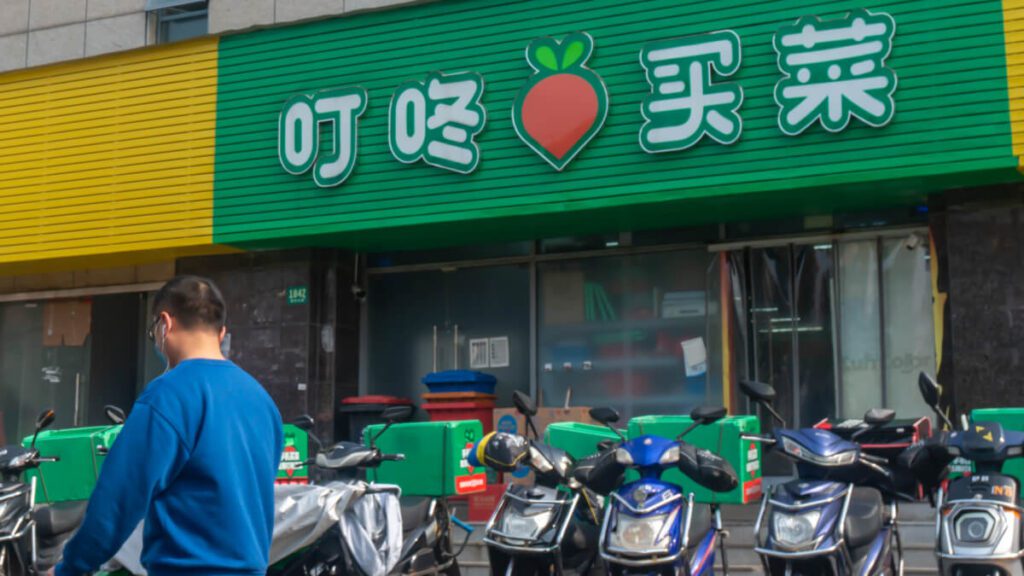 Many pundits and industry analysts have argued that the reason for Dingdong’s fall from grace is due to the cooling appetite of online grocery-based apps, while others view the shortfall as a lack of trust in Chinese tech companies following growing competition and attracting regulatory attention.

Regulations have been the talk of the town within China’s tech scene as the ruling Communist Party tightens control over fast-growing tech industries.

According to a Monday filing, Dingdong – which is backed by Soft Bank – said that it plans to raise $94.4 million in its U.S. IPO, down by more than 70 percent from its original target of $357 million.

According to reports by Chinese local media, the company will look to go public on June 29 on the New York Stock Exchange, as it plans to offer fewer shares, lowering its offering from 14 million shares to 3.7 million.

It is worth mentioning that the Shanghai-based company grew sales by 460 percent YoY to $580 million in Q1 of 2021, while its operating loss more than quadrupled, according to Refinitiv.

The company witnessed a high during 2019 and 2020 as the pandemic was in a full swing, as people turned to online shopping when indoors. Dingdong had secured more than a billion dollars in investment earlier in April and May from companies such SoftBank, Tiger Global Management, and Sequoia Capital China.

In parallel, the eyes of the world will turn toward ride hailing giant Didi, who is schedule to debut on Nasdaq this week, as the company looks to aim for a mildly disappointing valuation of almost $67 billion.