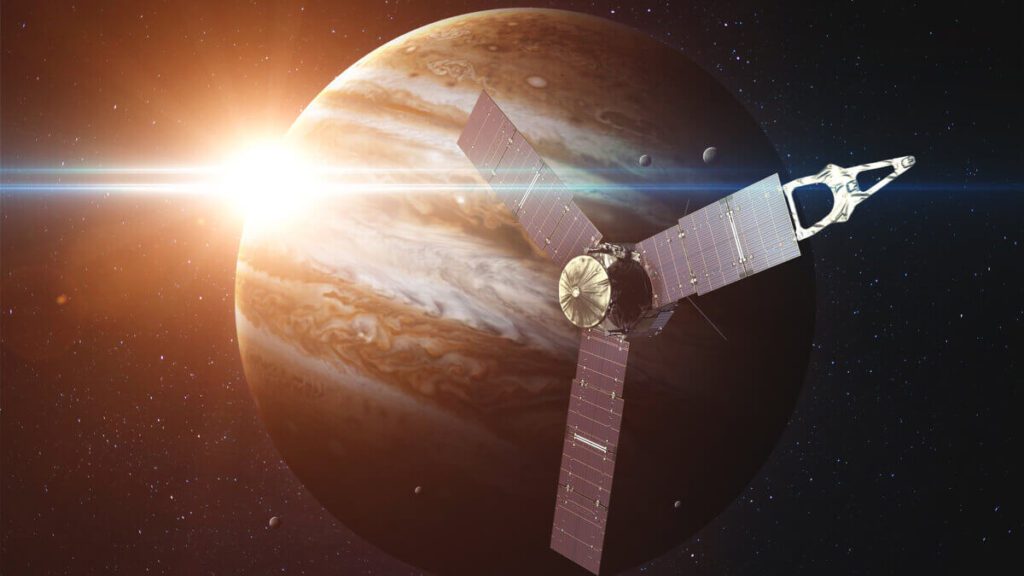 Elon Musk’s rockets and spacecraft company SpaceX has been officially chosen by NASA to explore one of Jupiter’s icy moons, Europa, to discover whether it can host conditions suitable for life.

All the way from Kennedy Space Center’s Launch Complex 39A, Elon Musk’s SpaceX will support NASA with the launch of a Falcon Heavy rocket for an award of $178 million. From there, the responsibility will shift solely on to Europa Clipper spacecraft to explore Europa’s surface.

The Europa Clipper mission is set to go off in October 2024, according to a statement by SpaceX.

NASA highlighted in a separate statement on Friday that “Europa Clipper will conduct a detailed survey of Europa and use a sophisticated suite of science instruments to investigate whether the icy moon has conditions suitable for life.”

In other words, NASA wants to examine if there’s an ocean under all ice which is 10 to 15 miles (15 to 25 kilometers) thick, acting as a hurdle from sustaining life.

According to NASA, the radiation blasted from Jupiter may create conditions for life in an ocean below the surface of Europa.

The Europa Clipper mission, which will not take place without Elon Musk’s SpaceX, will also attempt to “produce high-resolution images of Europa’s surface, determine its composition, look for signs of recent or ongoing geological activity, measure the thickness of the moon’s icy shell, search for subsurface lakes, and determine the depth and salinity of Europa’s ocean.”

Three vital elements of life need to be present for NASA to declare Europa as a planet that can sustain life. The three elements are: water, chemistry, and energy.

Out of the 79 moons around Jupiter, Europa has multiple advantages such as being the smallest of the four Galilean moons, the sixth closest to Jupiter and the sixth largest moon in the entire solar system. Europa is a distinctive planet, and it may be our best chance to finding life outside of earth.