Published 1 Year Ago on Wednesday, Oct 20 2021
By Associated Press 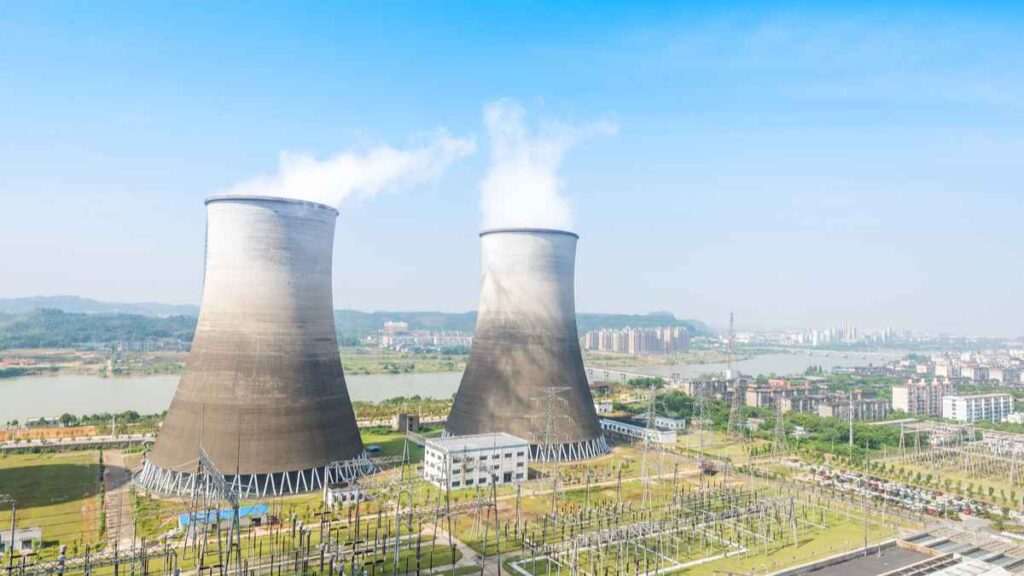 Power shortages are turning out streetlights and shutting down factories in China. The poor in Brazil are choosing between paying for food or electricity. German corn and wheat farmers can’t find fertilizer, made using natural gas. And fears are rising that Europe will have to ration electricity if it’s a cold winter.

The world is gripped by an energy crunch — a fierce squeeze on some of the key markets for natural gas, oil and other fuels that keep the global economy running and the lights and heat on in homes. Heading into winter, that has meant higher utility bills, more expensive products and growing concern about how energy-consuming Europe and China will recover from the COVID-19 pandemic.

Rising energy costs are another pressure point on businesses and consumers already feeling the pinch of higher prices from supply chain and labor constraints.

The biggest squeeze is on natural gas in Europe, which imports 90% of its supply — largely from Russia — and where prices have risen to five times what they were at the start of the year, to 95 euros from about 19 euros per megawatt hour.

It’s hitting the Italian food chain hard, with methane prices expected to increase sixfold and push up the cost of drying grains. That could eventually raise the price of bread and pasta at supermarkets, but meat and dairy aisles are more vulnerable as beef and dairy farmers are forced to pay more for grain to feed their animals and pass the cost along to customers.

“From October we are starting to suffer a lot,” said Valentino Miotto of the AIRES association that represents the grain sector.

Analysts blame a confluence of events for the gas crunch: Demand rose sharply as the economy rebounded from the pandemic. A cold winter depleted reserves, then the summer was less windy than usual, so wind turbines didn’t generate as much energy as expected. Europe’s chief supplier, Russia’s Gazprom, held back extra summer supplies beyond its long-term contracts to fill reserves at home for winter. China’s electricity demand has come roaring back, vacuuming up limited supplies of liquid natural gas, which moves by ship, not pipeline. There also are limited facilities to export natural gas from the United States.

Costlier natural gas has even pushed up oil prices because some power generators in Asia can switch from using gas to oil-based products. U.S. crude is over $83 per barrel, the highest in seven years, while international benchmark Brent is around $85, with oil cartel OPEC and allied countries cautious about restoring production cuts made during the pandemic.

The crunch is likely short term but it’s difficult to say how long higher fossil fuel prices will last, said Claudia Kemfert, an energy economics expert at the German Institute for Economic Research in Berlin.

But “the long-term answer that has to be taken out of this is to invest in renewables and energy saving,” she said.

The European Union’s executive commission urged member nations last week to speed up approvals for renewable energy projects like wind and solar, saying the “clean energy transition is the best insurance against price shocks in the future and needs to be accelerated.”

In the meantime, some gas-dependent European industries are throttling back production. German chemical companies BASF and SKW Piesteritz have cut output of ammonia, a key ingredient in fertilizer.

That left Hermann Greif, a farmer in the village of Pinzberg in Germany’s southern Bavaria region, unexpectedly emptyhanded when he tried to order fertilizer for next year.

“There’s no product, no price, not even a contract,” he said. “It’s a situation we’ve never seen before.” One thing is certain: “If I don’t give the crops the food they need, they react with lower yields. It’s as simple as that.”

High energy prices already were hitting the region’s farmers, who need diesel to operate machinery and heat to keep animals warm, said Greif, who grows corn to feed a bioenergy power facility that feeds emission-free energy into the power grid.

Likewise in Italy, the cost of energy to process wheat and corn is expected to go up more than 600% for the three months ending Dec. 31, according to the grain association. That includes turning wheat into flour, and corn into feed for cows and pigs.

Giampietro Scusato, an energy consultant who negotiates contracts for the AIRES association and others, expects the volatility and high prices to persist for the coming year.

High energy prices also seep into bread and pasta production through transport costs and electricity use, which could eventually affect store prices. Dairy and meat sections are especially exposed because prices are low now and farmers may be forced to pass along the higher cost of animal feed to shoppers.

People worldwide also are facing higher utility bills this winter, including in the U.S., where officials have warned home heating prices could jump as much as 54%. Governments in Spain, France, Italy and Greece have announced measures to help low-income households, while the European Union has urged similar aid.

Much depends on the weather. Europe’s gas reserves, usually replenished in summer, are at unusually low levels.

That would leave Europe dependent on additional natural gas from a just-completed Russian pipeline or on Russian willingness to send more through pipelines across Ukraine. But the new Nord Stream 2 pipeline has not passed regulatory approval in Europe and may not be contributing gas until next year.

In China, outages have followed high prices for coal and gas as electric companies power down amid limits in passing costs to customers or government orders to stay under emission thresholds.

Factories in Jiangsu province, northwest of Shanghai, and Zhejiang in the southeast shut down in mid-September, and dozens warned deliveries might be delayed ahead of the Christmas shopping season.

Chenchen Jewelry Factory in Dongyang, a city in Zhejiang, faced power cuts over 10 days, general manager Joanna Lan said. The factory makes hairbands, stationery and promotional gifts and exports 80% to 90% of its goods to the U.S., Europe and other markets.

Deliveries were delayed “by at least a week,” Lan said. “We had to buy generators.”

The biggest city in the northeast, Shenyang, shut down streetlights and elevators and cut power to restaurants and shops a few hours a day.

In Brazil, higher gas and oil prices have been compounded by the worst drought in 91 years, which has left hydropower plants unable to supply electricity and more expensive bills.

Rosa Benta, a 67-year-old from a Sao Paulo working-class neighborhood, fears she will no longer be able to provide for her unemployed children and grandkids.

“Several times, (energy company) Enel called me saying I had debt. I told them: ‘I’m not going to stop feeding my son to pay you,'” Benta said outside her concrete house on a steep, narrow street. “If they want to cut the electricity, they can come.”

Benta lives on 1,400 reais (about $250) a month and says she often has to choose between buying gas for cooking or rice and beans.

“I don’t know what we are going to do with our lives,” she said.