eSIMs will prove to be the biggest enabler for mass IoT 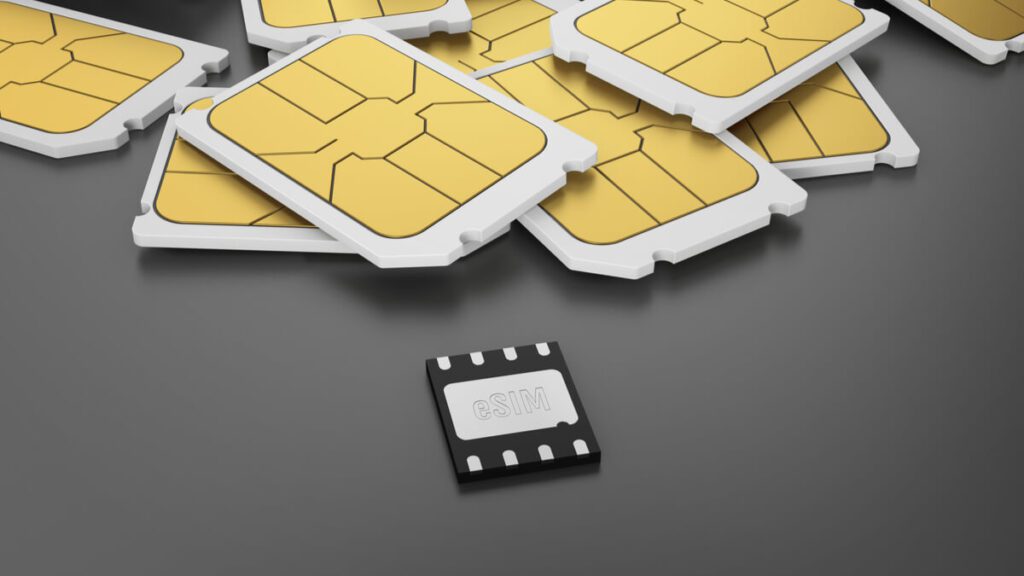 Years from now, 2020 will be remembered as the year that challenged the norm set forth by humanity for decades. Reality was altered, people were pushed indoors in attempts to shield themselves from the tidal spread of the Covid-19 pandemic.

But while people took refuge indoors and economies were tested, the technology field prospered and accelerated. From that, a myriad of advancements in the tech innovations skyrocketed, among them was the Internet of Things (IoT) and eSIMs.

According to a report by Strategy Analytics, a US-based tech strategy firm, sales of eSIMs for IoT applications will grow to 326 million by 2025.

“eSIM (Embedded Subscriber Identity Module) has been heralded as the next evolution of the SIM card, because it offers the ability to change service provider profiles using Remote SIM Provisioning (RSP), without needing to physically change the SIM card itself,” the report said.

This is vital in enabling devices where it is either difficult or inefficient to access a physical SIM, for example hermetically sealed medical devices, vehicles, consumer electronic devices or a whole range of other IoT devices.

Many experts forecast that eSIM developments are ramping up following a year of non-interoperable eUICCs (Embedded Universal Integrated Circuit Card), the industry is now aligned with clear standards and a broad ecosystem of partners, with over 200 carriers supporting eSIM.

“This growth has been pushed forward by the consumer market, where eSIM adoption is being driven by smartphones, as OEMs offer an ever-growing portfolio of devices, although eSIM is also a familiar feature of tablets and laptops, eReaders, smartwatches and other wearables,” the report added.

Even though there is still significant uncertainty around Covid-19 and its impact on the IoT industry, there is enough evidence to suggest that the ongoing pandemic will only accelerate the rate of change.

Thus, both sectors seem to be on the up-and-up as time passes by.

“The growing number of SIM-enabled devices in IoT projects presents a maintenance and management headache from an enterprise perspective; the need to change SIM cards in millions of IoT devices, is impractical and unrealistic,” Andrew Brown, Executive Director of Enterprise and IoT Research at Strategy Analytics said.

Brown highlighted that eSIMs offer a robust, scalable solution to the SIM card challenge especially for enterprises and is based on the open, vendor-neutral standard developed by the GSMA.

But while connectivity is often an afterthought for many businesses when building IoT solutions, cellular technology has proven to be a major player in delivering smooth and protected user experiences.

“Over the last few years, we have also seen growth in integrated SIM (iSIM), which builds on eSIM functionality. While an eSIM is a dedicated chip soldered on to a board and attached to a device’s processor, iSIM integrates the processor core and encryption in a system-on-chip (SoC),” Brown said.

He stated, however, that this is important for use cases which look for low cost, low power, and high levels of security in very small form factors. The growth in eSIM and iSIM is vital to driving seamless connectivity into as many devices as possible over the coming years.

The state of now

With IoT growing at such a sophisticated rate, SIM cards are limiting opportunities brought forth by IoT in terms of connectivity and flexibility, especially for large scale deployments.

Thus, with businesses locked into one mobile network on a standard SIM card, the only way to change networks is to change the SIM itself.

This is already an impossible hill to climb; but allows for the concept of eSIM/eUICC to take center stage. Commonly, UICCs are small plastic cards that house the SIM, plus other data, and ensures users can access the mobile network.

However, eSIM is simply an embedded SIM card and can store and accept multiple network profiles and change from one to another remotely based on a set of defined rules.

While it might sound simple, the tech is still in its infancy with many challenges spotted on the horizon.

“Profile swapping is not as simple as flipping a switch, with agreements necessary across the chain and complex API integration required. There are also additional costs, such as the SIM itself and fees for management and network swapping to factor in, which could make adoption uneconomic for small deployments,” the report by Strategy Analytics said.

This emphasizes the need for expert providers that provide the right expertise and platforms.

IoT and eSIM team up

According to Wireless Logic Telecom Group, a UK-based telecoms provider, there will be three key reasons why IoT businesses will be evaluating eSIM technology today:

The British telecoms provider believes that the rise of eSIMs represent a shift in the way the IoT ecosystem will operate.

“Accompanied by the right eSIM managed service, IoT businesses can unlock value with a streamlined user experience for managing connectivity, enabling devices to be deployed easily and flexibly,” a report by Wireless Logic said.

It also added that these types of managed service platforms are the future of IoT as they help to manage multiple networks and navigate additional complexities.

The path to 7 billion

According to a study by UK-based telecoms provider Truphone, they forecast that by 2024 seven billion eSIMs will have been activated in consumer and IoT devices around the world.

The study laid out six steps that would lead to the seven billion eSIM activations by 2024:

Inside devices, space is at a premium and needed for new features and better batteries, driving the development of eSIM-only devices.

We have seen DVDs give way to Netflix, CDs to Spotify, game disks to Steam, cash to contactless, newspapers went online, and software moved to app stores.

Similarly, consumers will engage with network service providers predominantly through digital channels, leveraging the ability for eSIM to be activated instantly, while the 30,000 tons of plastic used every year in SIM cards will be reduced.

It’s not scalable, cost-efficient or practical to pre-agree and select SIM cards for devices when you have no knowledge of where they will be used or will travel to.

With four billion cellular IoT connections forecast for 2024, integrated eSIMs will allow the decision on which connectivity service to use to be deferred to when the device is deployed.

A trusted mechanism to securely send and receive data for more and more connected devices is critical and will be a regulatory requirement in many scenarios.

The 25 billion IoT connections (cellular and non-cellular) predicted by 2025 will all need security built in and many of these will be able to leverage the security measures pre-integrated into eSIM to ensure data can be kept protected whilst minimizing any additional costs for IoT devices.

eSIM provides further flexibility to explore as many different connectivity options as possible.

5G is on track to account for 15 percent of global mobile connections by 2025 (1.4 billion connections), according to GSMA Intelligence.

Many of these 5G-capable devices will require new SIM cards to fully realize the benefits of 5G technology. Many of the 5G activations will simply jump straight to eSIM with 5G support built-in and ready to use.

While the dream of IoT demands higher levels of connectivity and the integration of flexible technologies such as eSIMs, these demands will have to be met by operators, OEMs and the like equally and in a secure way, paving the way for mass IoT to edge closer to reality.