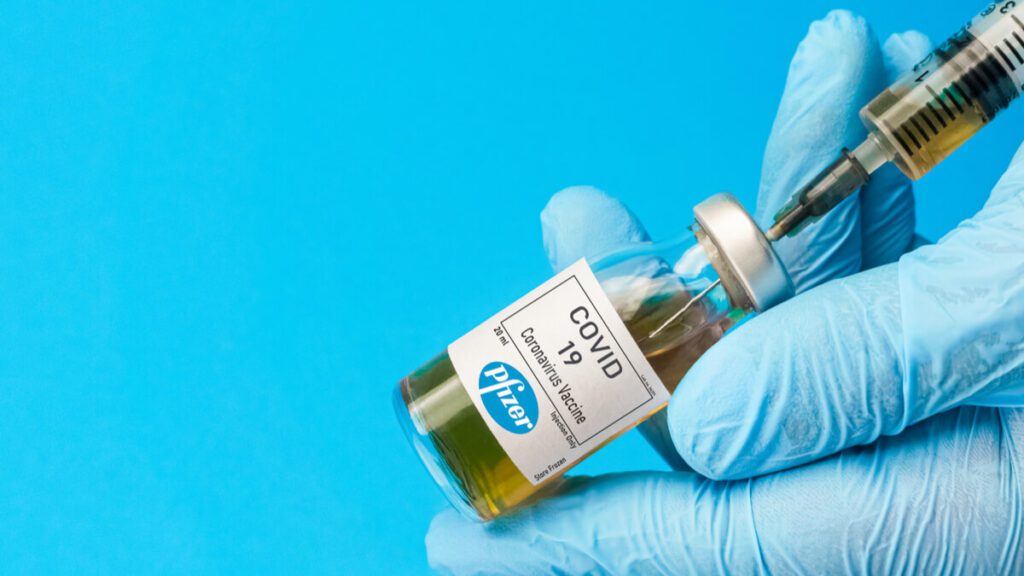 The European Union’s executive arm on Thursday finalized a third vaccine contract with Pfizer and BioNTech through 2023 for an additional 1.8 billion doses of their COVID-19 shot to share between the bloc’s countries except for Hungary, which opted out of the deal.

The European commission said the contract, which was agreed on behalf of all 27 EU countries earlier this month, will allow the buying of 900 million doses of the current shots and of a serum adapted to the virus’ variants, with an option to purchase an extra 900 million shots.

Although EU nations agreed to keep on with their strategy of buying doses collectively, Hungary decided not to be part of the new purchase agreement that followed previous agreements with the two companies for 600 million shots.

“Therefore it will not be covered by the contract,” EU Health Commissioner Stella Kyriakides said following a meeting with health ministers from the region. “All other member states will have the opportunity to purchase vaccines under the new contract.”

Hungary is using vaccines from China and Russia in addition to Western jabs. About 40% of Hungary’s population has received at least one dose of vaccine, the second-highest vaccination rate in the EU.

The signature of the new agreement comes less than a week before a court hearing in Brussels pitting the Commission against the pharmaceutical company AstraZeneca, which is accused by the EU of failing to deliver the promised number of doses of its own vaccine.

The Commission said that the deal with Pfizer-BioNTech stipulates that the production of doses must be based in the EU and that essential components are sourced from the region. “From the start of the supply in 2022, the delivery to the EU is guaranteed,” the Commission said.

AstraZeneca’s contract with the EU foresaw an initial 300 million doses for distribution among member countries, with an option for a further 100 million. The doses were expected to be delivered throughout 2021 but only 30 million were sent during the first quarter. According to the Commission, the company is set to provide only 70 million doses in the second quarter, rather than the 180 million it had promised.

In sharp contrast with the tense nature of its relationship with AstraZeneca, the Commission highlighted its “well-established cooperation” with BioNTech and Pfizer guaranteeing that “timely deliveries of the doses are ensured.”

The Commission said that under the new deal EU countries will have the possibility to donate some of their allocated doses to non-EU countries or through the U.N-backed effort known as COVAX, which is providing vaccines to low- and middle-income countries.

Kyriakides said the EU is now prioritizing vaccine technologies “that have proven their worth, like mRNA vaccines.”

The active ingredient in the Pfizer-BioNTech shot is messenger RNA, or mRNA, which contains the instructions for human cells to construct a harmless piece of the coronavirus called the spike protein. The human immune system recognizes the spike protein as foreign, allowing it to mount a response against the virus upon infection.

“But we keep our options open,” Kyriakides said. “The past months have clearly demonstrated the need to have access to a broad portfolio of vaccines and different technologies, as well as reliable partners. As the pace of vaccination increases every day and work on effective therapeutics intensifies, we can look ahead with more optimism and confidence.”

EU Commission president Ursula von der Leyen told an event organized by Germany’s WDR public television that, by the end of this week, 260 million doses of vaccine will have been delivered in Europe. She acknowledged that countries such as the U.S. and U.K. were faster to start with, but said “that has been put into perspective over time.”

After its much-criticized slow start, she said the bloc’s COVID-19 vaccination drive is a success.

“Yes, there was a lot of criticism of the European Union at the beginning,” she said in comments broadcast Thursday. “What counts in the end is that the European Union reliably delivers vaccines to its 450 million citizens day by day, and that we can say we got there together as a community. Measured by that, our European vaccination campaign is a success.”

Geir Moulson in Berlin contributed to this report.