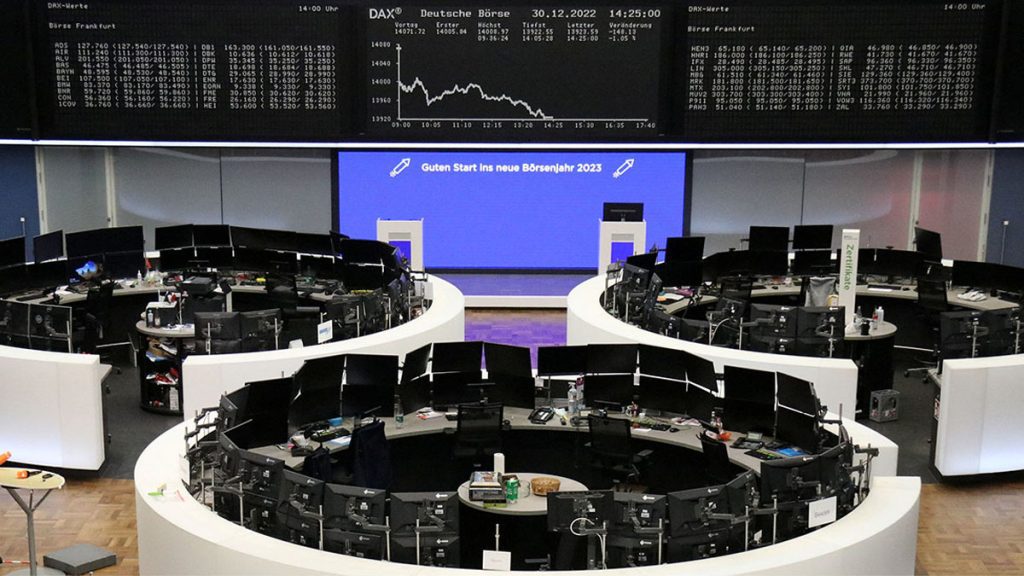 European shares rose in the first trading session of 2023 on Monday as euro zone manufacturing data suggested the worst had passed after a year marred by fears of a recession as central banks hiked rates globally.

The pan-regional STOXX 600 rose 1.0%, supported by consumer discretionary stocks. The automobile and parts sector gained 3.2% and luxury names like LVMH and Kering added about 2% each.

“With 10-year bund yields above 2.50%, relaxed year-end trading and the probable drop in HICP inflation are raising hopes for an upbeat start into the year,” Commerzbank Research analysts said in a note, referring to euro zone consumer prices inflation data due later this week.

An early indicator was data showing the downturn in euro zone manufacturing activity has likely passed its trough as supply chains begin to recover and inflationary pressures ease, leading to a rebound in optimism among factory managers.

“Europe is taking the latest round of PMIs well enough, as the final readings help to confirm the view (hope?) that the worst may be over for the EU bloc’s manufacturers, especially as energy prices recede to the levels of last February,” Russ Mould, investment director at AJ Bell, wrote in emailed remarks.

The STOXX 600 ended 2022 with sharp losses, driven by central banks’ aggressive policy tightening to rein in soaring prices, an economic slowdown, the Russia-Ukraine conflict that fanned inflationary pressures, and growing concerns over COVID cases in China.

Rate-sensitive technology stocks, among the worst-performing shares last year, rose 1.6% on the day, despite more hawkish signals from the European Central Bank.

Bond yields of Europe’s largest economy, Germany, dropped from their highest levels in more than a decade as investors braced for inflation data this week.

Germany’s finance minister expects inflation in Europe’s biggest economy to drop to 7% this year and to continue falling in 2024 and beyond, but high energy prices to be the new normal.

The German DAX gained 1.1%, while other European exchanges also started the year on a positive note. The London and Dublin stock exchanges were closed for the New Year’s day holiday.

Croatia rang in the new year with two historic changes, as the European Union’s youngest member joined both the EU’s border-free Schengen zone and the euro common currency.