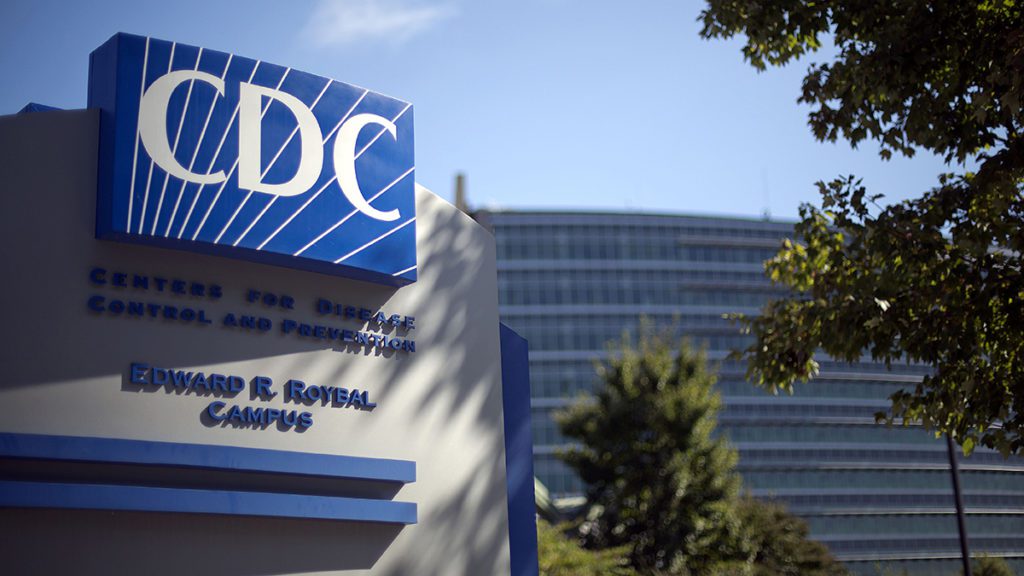 On April 1, a researcher at the Centers for Disease Control and Prevention emailed Nevada public health counterparts for lab reports on two travelers who had tested positive for the coronavirus. She asked Nevada to send those records via a secure network or a “password protected encrypted file” to protect the travelers’ privacy.

The Nevada response: Can we just fax them over?

This data dysfunction is hamstringing the nation’s coronavirus response by, among other things, slowing the tracing of people potentially exposed to the virus. In response, the Trump administration set up a parallel reporting system run by the Silicon Valley data-wrangling firm Palantir. Duplicating many data requests, it has placed new burdens on front-line workers at hospitals, labs and other health care centers who already report case and testing data to public health agencies.

There’s little evidence so far that the Palantir system has measurably improved federal or state response to COVID-19.

Emails exchanged between the CDC and Nevada officials in March and early April, obtained by The Associated Press in a public records request, illustrate the scope of the problem. It sometimes takes multiple days to track down such basic information as patient addresses and phone numbers. One disease detective consults Google to fill a gap. Data vital to case investigations such as patient travel and medical histories is missing.

None of this is news to the CDC or other health experts. “We are woefully behind,” the CDC’s No. 2 official, Anne Schuchat, wrote in a September report on public health data technology. She likened the state of U.S. public health technology to “puttering along the data superhighway in our Model T Ford.”

HOLES IN THE DATA

This information technology gap might seem puzzling given that most hospitals and other health care providers have long since ditched paper files for electronic health records. Inside the industry, they’re easily shared, often automatically.

But data collection for infectious-disease reports is another story, particularly in comparison to other industrialized nations. Countries like Germany, Britain and South Korea — and U.S. states such as New York and Colorado — are able to populate online dashboards far richer in real-time data and analysis. In Germany, a map populated with public data gathered by an emergency-care doctors’ association even shows hospital bed availability.

In the U.S., many hospitals and doctors are often failing to report detailed clinical data on coronavirus cases, largely because it would have to be manually extracted from electronic records, then sent by fax or email, said Johns Hopkins epidemiologist Jennifer Nuzzo.

It’s not unusual for public health workers to have to track patients down on social media, use the phone book or scavenge through other public-health databases that may have that information, said Rachelle Boulton, the Utah health department official responsible for epidemiological reporting. Even when hospitals and labs report that information electronically, it’s often incomplete.

Deficiencies in CDC collection have been especially glaring.

In 75% of COVID-19 cases compiled in April, data on the race and ethnicity of victims was missing. A report on children affected by the virus only had symptom data for 9%of laboratory-confirmed cases for which age was known. A study on virus-stricken U.S. health care workers could not tally the number affected because the applicable boxes were only checked on 16% of received case forms. In another study, the CDC only had data on preexisting conditions — risk factors such as diabetes, heart and respiratory disease — for 6% of reported cases.

Missing from daily indicators that CDC makes public is data such as nationwide hospitalizations over the previous 24 hours and numbers of tests ordered and completed — information vital to guiding the federal response, said Dr. Ashish Jha, director of the Harvard Global Health Institute.

“The CDC during this entire pandemic has been two steps behind the disease,” Jha said.

Instead of accelerating existing efforts to modernize U.S. disease reporting, the White House asked Palantir, whose founder Peter Thiel is a major backer of President Donald Trump, to hastily build out a data collection platform called HHS Protect. It has not gone well.

On March 29, Vice President Mike Pence, who chairs the task force, sent a letter asking 4,700 hospitals to collect daily numbers on virus test results, patient loads and hospital bed and intensive care-unit capacity. That information, the letter said, should be compiled into spreadsheets and emailed to the Federal Emergency Management Agency, which would feed it into the $25 million Palantir system.

Those mandates sparked a backlash among stressed hospitals already reporting data to state and local health departments. Producing additional cumbersome spreadsheets for the federal government “is just not sustainable,” said Janet Hamilton, executive director of the Council of State and Territorial Epidemiologists.

HHS Protect now comprises more than 200 datasets, including reporting from nearly three-quarters of the roughly 8,000 U.S. hospitals, according to Katie McKeogh, an HHS press officer. It includes supply-chain data from industry, test results from labs and state policy actions.

But due to limited government transparency, it’s not clear how accurate or helpful HHS Protect has been. Asked for examples of its usefulness, McKeogh mentioned only one: White House task force coordinator Dr. Deborah Birx receives a nightly report based on what the system gathers that provides “a common (nationwide) operating picture of cases at a county level.”

“We will continue to work to improve upon the common operating picture,” McKeogh said when asked about holes in HHS data collection. Neither HHS nor the CDC would provide officials to answer questions about HHS Protect; Palantir declined to discuss it on the record.

Farzad Mostashari, who a decade ago oversaw the federal effort to modernize paper-based medical records, said it would be far more efficient to fix existing public-health data systems than to create a parallel system like HHS Protect.

“We have a lot of the pieces in place,” Mostashari said. A public-private partnership called digitalbridge.us is central to that effort. Pilot projects that automate infectious disease case reporting were expanded in late January. Overall, 252,000 COVID case reports have been generated so far, said CDC spokesman Benjamin N. Haynes. In December, Congress appropriated $50 million for grants to expand the effort, which is already active in Utah, New York, California, Texas and Michigan.

In the meantime, public-health officers are still doing things the hard way. Up to half the lab reports submitted for public health case investigations lack patient addresses or ZIP codes, according to a May 1 Duke University white paper co-authored by Mostashari.

“We’re losing days trying to go back and collect that information,” said Hamilton of the epidemiologists’ council. “And then we’re reaching out to hospitals or physicians’ offices that, quite frankly, are saying ‘I’m too busy to tell you that.'”