Why open a store? Chinese merchants go livestreaming instead 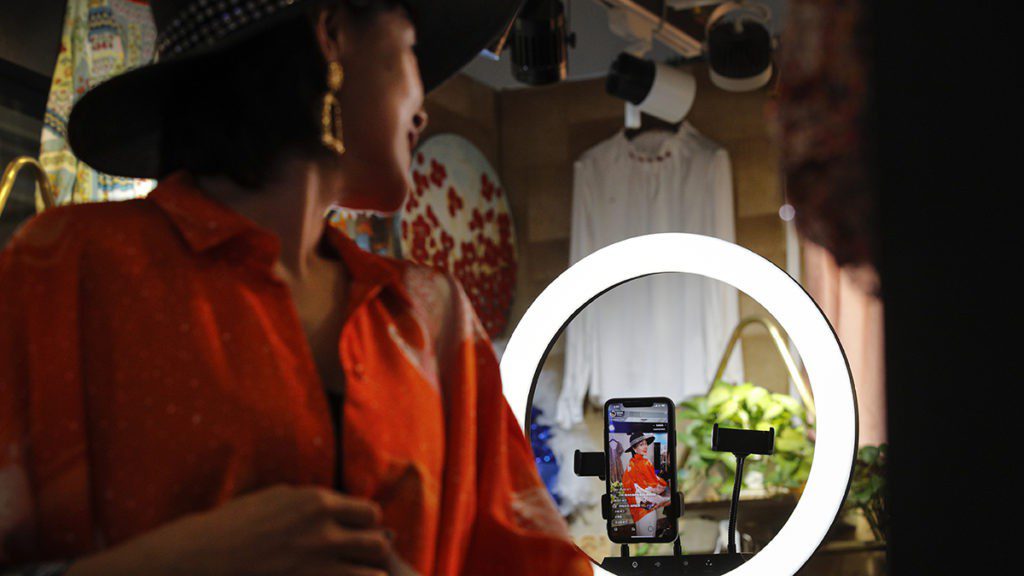 HONG KONG (AP) — At the height of China’s coronavirus outbreak, the skincare-products maker Forest Cabin closed more than half of its 300 stores across the nation as shoppers stayed home. With sales plunging, founder Sun Laichun decided it was time to reach his customers more directly.

“We knew it was time for us to focus on an online strategy to survive,” Sun said. But the company didn’t launch an online ad blitz or announce big giveaways. Instead, it trained hundreds of its salespeople to begin hosting live video streams where viewers could get skincare tips and buy products without ever cutting away from the online patter. Within just a month, Sun said, Forest Cabin’s February sales were up by 20% compared to a year earlier, despite a plunge in store sales.

These days, shoppers are making their way back to once deserted malls and shops as China emerges from its long winter of coronavirus shutdowns. But so many of the region’s retailers ended up embracing livestreaming that they’ve kicked off a new boom in Chinese “shoppertainment” that lets retailers interact with distant customers in real time.

Livestreaming has also created a profitable new niche for existing livestream stars who are now reaping hefty commissions as their shows draw millions of viewers. The trend might even suggest alternatives for battered retailers in the U.S. and Europe as those regions cope with stay-at-home orders and customers remain wary of crowds.

Commercial Chinese livestreaming goes well beyond the American formula pioneered by the Home Shopping Network and QVC, which play infomercials around the clock, said Michael Norris, research and strategy manager at the marketing firm AgencyChina.

In China, “there’s actually education about products and how to use them, and elements of entertainment wrapped up in the livestreaming,” he said. That plus instant sales makes livestreaming an excellent marketing tool, he added.

Both go live on the platform for about four hours, five to six nights each week. Millions of viewers tune in to catch their suggestions on skincare, snacks and household products.

On a recent evening, Huang’s live online audience had reached nearly 20 million people when she lifted a box of spicy duck necks — a specialty of Wuhan, the Chinese city where the coronavirus was first reported. “These will be prepared fresh and shipped to you, it’s the most popular flavor,” Huang said, holding up a piece to the camera before biting into one.

Within seconds, viewers snatched up 70,000 boxes, their purchases benefiting a Wuhan recovery charity initiative. By the end of her four-hour stint, Huang had hawked everything from sugar-free cookies and Hello Kitty-branded mints to sanitary napkins and pairs of white Skechers sneakers, almost all of which sold out their limited inventories.

For viewers, the fast pace of celebrity livestreams provide a constant sense of urgency that they’d be missing out on great deals if they don’t act quickly.

“It’s really exciting to watch,” said Coco Lu, a civil servant in Chongqing, a city roughly 400 miles (643.74 kilometers) west of Wuhan, who is still avoiding stores. “The hosts are very persuasive and there are giveaways, plus deals are only available for a very short period of time.”

Adam An, who works in marketing in Hangzhou, finds them a relaxing form of retail therapy. Watching a Li livestream “feels almost as if a friend is chatting with me, recommending me great products to buy,” he said.

Livestream sales are a godsend for small entrepreneurs like Dou Ma, who sells discount clothing, mostly costing less than 50 yuan ($8), from the comfort of her home in the southwestern city of Kunming. After putting her two young children to bed, she hops online and streams from her living room for about three hours.

All Dou needed to get started was her mobile phone. Her earliest streams in late March drew fewer than 20 viewers a night, but recently, they’ve begun drawing more than 100. Dou streams at a leisurely pace, warmly welcoming every viewer who joins and thanking them for their support.

“It’s okay if you don’t buy anything from me today, you’re welcome to just chat with me if you want,” Dou told nearly 100 viewers in a recent stream, as she held up a winter coat priced at just 59.90 yuan (about $8.50) with shipping.

When a viewer asks about the sizing of a dress via the comments section, Dou whips out her measuring tape, rattling off measurements. During her streams, she chats with her viewers, talking about everything from parenting tips to previous vacations she’s taken.

“Because of this pandemic, livestreaming has become a good option,” she said. “It’s no longer practical for newcomers like me to open an offline store anymore.”