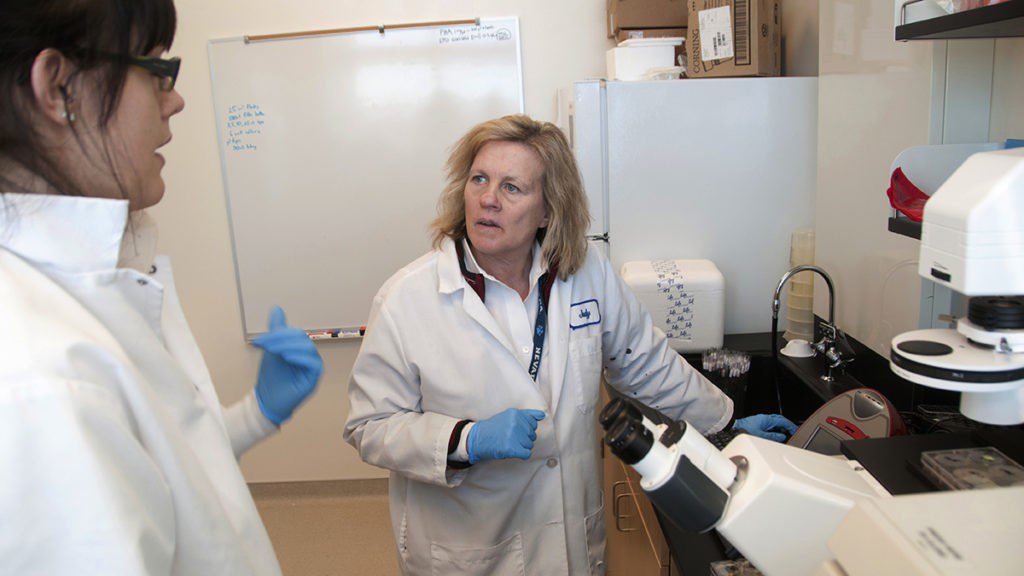 CHICAGO (AP) — One by one, tech companies across Silicon Valley scrambled to take down a slickly produced video of a discredited researcher peddling a variety of conspiracy theories about the coronavirus.

It was all too late.

The 26-minute documentary-style video dubbed “Plandemic,” in which anti-vaccine activist Judy Mikovits promotes a string of questionable, false and potentially dangerous coronavirus theories, had already racked up millions of views over several days and gained a massive audience in Facebook groups that oppose vaccines or are protesting governors’ stay-at-home orders.

Its spread illustrates how easy it is to use social media as a megaphone to swiftly broadcast dubious content to the masses, and how difficult it is for platforms to cut the mic.

Mikovits’ unsupported claims — that the virus was manufactured in a lab, that it’s injected into people via flu vaccinations and that wearing a mask could trigger a coronavirus infection — activated a social media army already skeptical of the pandemic’s threat.

Amid uncertainty and unanswered questions about a virus that has upended everyone’s lives, and a growing distrust of authoritative sources, people shared the video again and again on the likes of YouTube, Facebook and Instagram until it took on a life of its own even after the original was taken down.

“The other video has already been deleted by YouTube. … Let’s get it to another million! Modern day book burning at its finest,” read one post on a private Facebook group called Reopen California.

“Once it’s available, it has an infinite lifespan,” said Ari Lightman, a professor of digital media at Carnegie Mellon University.

In a matter of days, two of Mikovits’ books became best-sellers on Amazon. Conservative radio talk show hosts and dozens of podcasts available on platforms like Apple began airing the audio from “Plandemic” to their listeners. Fringe TV streaming channels invited Mikovits on for interviews.

Mikovits did not respond to The Associated Press’ request for comment.

Her sudden fandom and notoriety come nearly a decade after she pushed a discredited theory that a virus in mice known as XMRV causes chronic fatigue syndrome. Other researchers were unable to recreate her findings.

She was later fired from a medical institute and then arrested in 2011 on felony charges of stealing computer equipment and data belonging to her former employer. She wrongly claims in the recent documentary that she was held without charges, though the felony charges were later dropped.

Efforts by social media platforms to delete and ban “Plandemic” have given rise to further dubious claims and theories about a supposed coverup by tech companies regarding how the coronavirus started and is spread.

“It sort of increases its fandom or allegiance among followers and adds credence to their rallying cry that there’s a conspiracy theory out there that people are trying to shut down,” Lightman said.

Facebook said it is removing full versions of the video that include Mikovits’ suggestion that masks can make you sick, because that claim could “lead to imminent harm.” YouTube and Vimeo both said it violated their rules on harmful misinformation. Twitter said Monday it had prevented “Plandemic” from being displayed prominently and trending on the platform.

Michael Coudrey, CEO of Yukosocial.com and a verified Twitter user popular among supporters of Donald Trump, said that while he’s not anti-vaccine and does not believe in conspiracy theories, he doesn’t think the platforms should wipe out the video.

“Information is continuously being updated about the virus,” said Coudrey, who has more than 256,000 followers. “Censoring a doctor’s opinion sets a very dangerous and unnecessary precedent.”

“I immediately groaned and thought, ‘Oh no, not another video filled with false information that I will have to spend time and energy explaining basic science, biology and medicine to others,'” said Romberger, a Southern California resident.

He sent information debunking the video to his friends and flagged it to Facebook, but it was still up the next morning.

Clips of the video are still possible to find on some of the major platforms with just a few clicks, and the full version is readily available on lesser-known sites notable for lax policies on questionable or harmful material.

“Imagine a flood of more and more of these things,” said Tristan Harris, a former Google ethicist and co-founder of the Center for Humane Tech. “The solution isn’t just, ‘Gosh, we need to get better at taking this stuff down after a million people saw it.'”