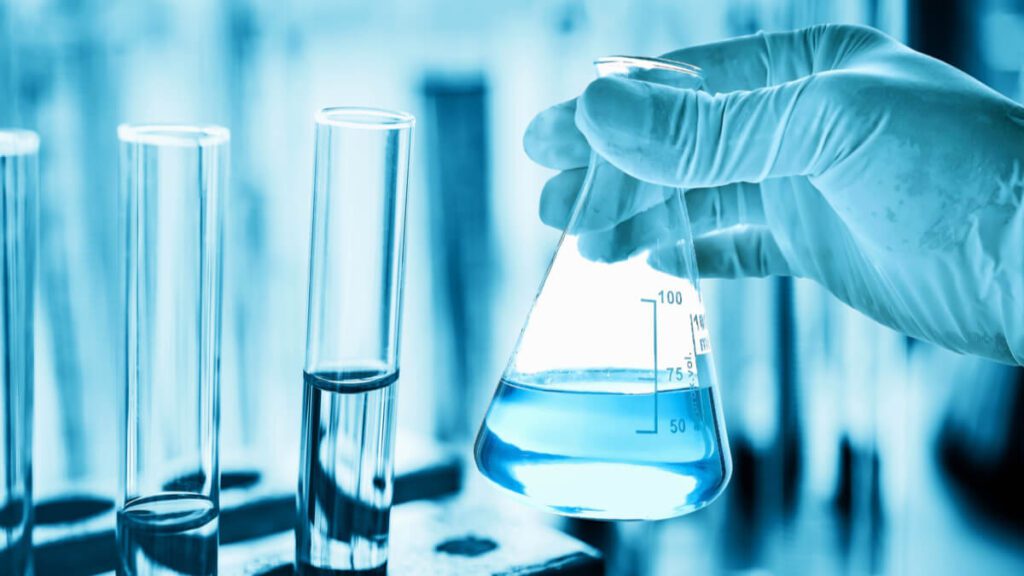 A company hired to help extinguish a fire that gutted a northern Illinois chemical plant this week used foam containing toxic compounds that have tainted surface waters and groundwater across the U.S., officials said Thursday.

The private contractor sprayed the foam for about three hours Tuesday at the Chemtool Inc. factory near Rockton, despite concerns raised by government regulators the previous day, the U.S. Environmental Protection Agency told The Associated Press.

The chemicals later were cleaned up and stored in a container, Fire Chief Kirk Wilson said at a news conference Thursday. Earlier, outside experts told the AP it would be difficult to prevent at least some of the material from seeping into groundwater.

The foam was made with chemicals belonging to a group known as per- and polyfluoroalkyl substances, or PFAS, which are used in a wide variety of industrial and household products, EPA said. They have been linked to numerous health problems including cancer and damage to organs including the liver, kidneys and thyroid gland.

Foams containing PFAS typically are used to extinguish highly flammable or combustible fires involving gas tankers and oil refineries, EPA said in a statement. Wilson said he ordered the company to switch to another type of foam that didn’t have PFAS after regulators informed him that PFAS-containing foam was being used.

No contamination of groundwater or the nearby Rock River with the compounds has been detected but tests are underway, the Illinois EPA said in a separate statement to AP.

“We will be fully transparent with the public and share test results and additional guidance as soon as we are able to do so,” the state agency said.

Authorities are still investigating the cause of explosions Monday that tore through the plant near the Wisconsin state line, prompting evacuation of about 1,000 residents within a 1-mile (1.6-kilometer) radius of the plant.

Crews dug a trench around the facility and placed booms in the Rock River to prevent runoff from escaping, Wilson said Wednesday, adding there had been no release of toxins into waterways and that hazardous materials “are contained at this point.”

In an email responding to AP inquiries, EPA said officials with the agency and with Illinois’ environment department had raised concerns with Chemtool on Monday about using foam containing PFAS and requested a discussion about it with leaders of the firefighting operation.

The next day, after realizing the foam pumping was underway, the state and federal agencies requested a halt to review containment controls, EPA said.

“Since then, foam which does not contain PFAS has become available onsite and that is what is being used for fire-suppression operations,” the federal agency said.

Alicia Gauer, spokeswoman for The Lubrizol Corporation, parent company of Chemtool, said before the foam was applied, “we provided all requested information, including safety data sheets, to incident command and those at the scene. We followed all notifications protocols throughout the process…. We have been and will continue to be fully transparent, coordinated and supportive with all those involved.”

The Illinois EPA said the foam initially used was a “flourinated surfactant” that could contain PFOA, or perfluorooctanoic acid, and PFHxA, or perfluorohexanoic acid. Both are among some 5,000 PFAS compounds with oil- and water-resistant properties used in clothing, furniture, cookware, food packaging, cosmetics and other goods.

They are described as “forever chemicals” because they don’t degrade in the environment or the human body.

U.S. manufacturers have phased out PFOA and PFOS, the most common and widely studied compounds in the group.

But it remains legal to use PFAS chemicals in firefighting foam except in a few states, said Melanie Benesh, a staff attorney for the Environmental Working Group, an advocacy organization. Congress has ordered a halt to use of PFAS in military fighting foams by 2025.

U.S. Fire Pump used 3,200 gallons of the PFAS foam mixed with 71,000 gallons of water for the Chemtool fire, the state agency said.

“Visual inspections do not indicate any impacts to Rock River at this time” but tests are continuing, it said.

Groundwater, from which the town draws its drinking water, also will be evaluated. The closest municipal well is 1.25 miles (2.01 kilometers) from the ruined factory, the Illinois EPA said.

Vacuum trucks have sucked water from trenches, where soil samples are being taken, and the plant grounds, the agency said.

Linda Birnbaum, a toxicologist and former director of the National Institute for Environmental Health Sciences, said it was “amazing” that the company would use PFAS-containing foam when alternatives were available.

“If they contained the stuff so that it doesn’t leave the area, that’s good,” Birnbaum said. “But you can’t totally keep it from reaching the ground; some of it is going to run off. The problem with these chemicals is that they never go away.”

The volume of PFAS-containing foam used on the fire was “relatively small,” said Betsy Southerland, former director of science and technology with the U.S. EPA’s Office of Water. Still, PFAS chemicals easily infiltrate soil and reach groundwater, where they could migrate to streams or wells, she said.