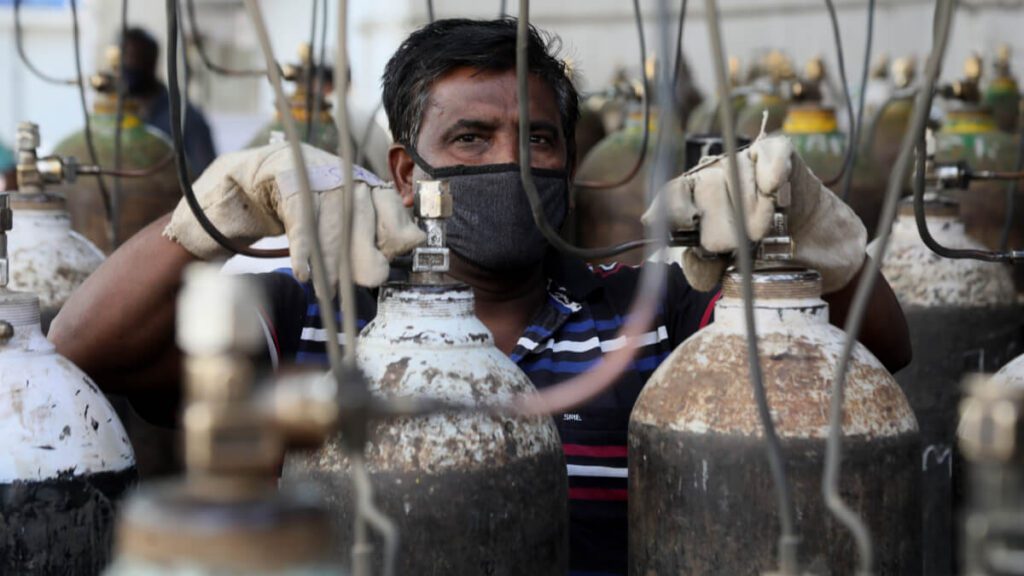 Last week, the Indian Ministry of Electronics and Information Technology urged several social media platforms such as Twitter, Facebook, and Instagram to take down user content critical of the nation’s response to the COVID-19 outbreak as cases go on a sharp rise yet again.

Over 100 such take-down requests were sent out to stamp out ‘misinformation’ around the pandemic response that could insight panic or social unrest.

Politicians and activists were among those targeted as well, with a minister in the state of West Bengal named Moloy Ghatak, a lawmaker named Revnath Reddy, a filmmaker named Avinash Das and freelance journalist Pieter Friedrich who tweeted and received a notice from Twitter informing him of the tweet take-down.

India’s COVID cases have been rising at an alarming rate, and the overwhelmed healthcare system has led many to take to social media to express their resentment, fear, and mistrust of the government’s response to the outbreak.

According to Medianama, at least 50 Tweets have been targeted for erasure, and many other posts on other platforms each justified with a myriad of reasons loosely based on maintaining social order and public safety.

Twitter submitted this information to the Lumen Database, an independent research project from Harvard University that studies cease and desist letters pertaining to online content. In it, it was described that some posts and URLs were cited as “unrelated, old and out of the context images or visuals, communally sensitive posts and misinformation about COVID19 protocols,” sources in the IT ministry told The Indian Express.

Other posts, however, showed visuals of the recent Maoist ambush in Chattisgarh that took the lives of over 20 security personnel.

In parallel, a senior IT ministry source added that while the country is witnessing a harsh second wave of COVID-19 cases, many are misusing social media to create panic among people, citing the Information Technology Act, 2000 as the law in question.

Twitter is compelled to act in accordance with local law, and as such is only obliged to censor content from being shown in the country in question.

“When we receive a valid legal request, we review it under both the Twitter Rules and local law,” a Twitter spokesperson told the media in a written statement. “If the content violates Twitter’s rules, the content will be removed from the service. If it is determined to be illegal in a particular jurisdiction, but not in violation of the Twitter Rules, we may withhold access to the content in India only,” the spokesperson continued.

This is not the first time that social media platforms have been put in such a situation. During the country’s controversial Farmer’s protests, the popularization of the hashtag #ModiPlanningFarmerGenocide lead to the Indian government asking Twitter to take down over 250 tweets, citing India’s Section 69A of its IT Act.

Other governments have resorted to such methods of social media censorship throughout the pandemic, where civil liberties and freedom of speech are overlooked or trampled in the name of public good.

Social media platforms such as Twitter find themselves walking a fine line between continuing to comply with government orders and betray the purpose of their platforms, or guard their users right to speak, risking legal liabilities.