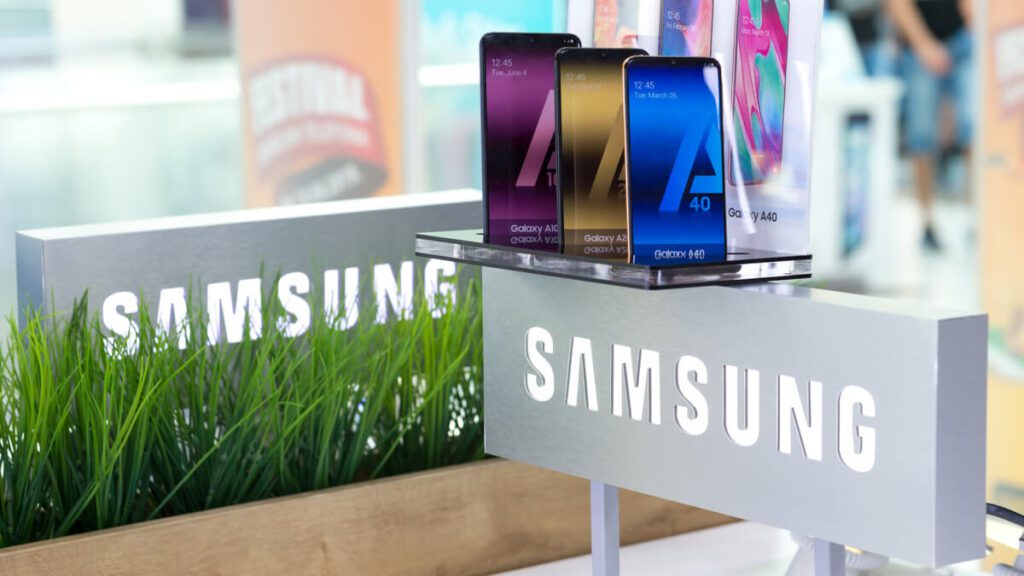 Samsung Electronics said Thursday its operating profit for the last quarter jumped 46% from a year earlier driven by increased sales of smartphones and televisions as its business continues to flourish amid the pandemic.

The South Korean tech giant also said its quarterly revenue of 65.39 trillion won ($59 billion) was its highest for the first three months of the year.

The company’s operating profit of 9.38 trillion won ($8.5 billion) would have been higher it not for an underperforming semiconductor business, which was impacted by a storm-related shutdown at its chip plant in Austin in February and declining prices of NAND memory chips.

Samsung said it expects its chip business to rebound in the current quarter, driven by stronger demands in servers and a resumption of full operations at its Austin plant. However, the company expects its profit from mobile devices to decline during the period due to supply shortages of some components and slowing sales of its flagship smartphones.

Samsung said its TV business could possibly benefit from major sporting events, such as the UEFA Euro 2020 soccer tournament and the Tokyo Summer Olympics, but that the continued spread of COVID-19 and lockdowns were creating uncertainties.

The company said global demand for its TVs could slow in the second half of the year, due to a “switch of demand from home entertainment to outdoor activities as more countries reach herd immunity” as their populations are vaccinated.

“For the second half, market conditions (are) expected to improve for the component business with the company continuing to extend product and technology leadership,” Samsung said in a statement. “However, global macroeconomic risks, including uncertainties over demand related to COVID-19, are likely to persist.”

Samsung is coming off a robust business year, with its dual strength in parts and finished products allowing it to benefit from the pandemic and the prolonged trade war between United States and China.

Samsung’s semiconductor business benefited by increased demand for PCs and servers as virus outbreaks forced millions of people to stay and work at home. U.S. sanctions against China’s Huawei Technologies have meanwhile hindered one of Samsung’s biggest rivals in smartphones, components and equipment.

Samsung has shown no obvious sign of trouble related to the imprisonment of its vice chairman and de facto chief, Lee Jae-yong. He is serving a 2 1/2-year sentence for bribing then-President Park Geun-hye and her close confidante to win government support for a 2015 merger between two Samsung affiliates.

The deal helped strengthen Lee’s control over the Samsung group, but the revelations about his corrupt ties with the Park government fueled a 2016 corruption scandal that spurred huge protests and ousted Park from office.

But some politicians, religious and business leaders have been calling for President Moon Jae-in to pardon Lee. They say it would help Lee strengthen Samsung’s leadership in semiconductors and he could possibly use his business reach to help the country secure more coronavirus vaccines.

On Wednesday, the Lee family said it will donate tens of thousands of rare artworks, including Picassos and Dalis, and give hundreds of millions of dollars to health care while unveiling a multiyear plan to pay an $11 billion inheritance tax bill following last year’s death of Lee’s father and company chairman, Lee Kun-Hee.

Raising cash for the tax payment is crucial for the Lee family to extend its control over Samsung’s business empire, and some analysts say the process could possibly result in a shakeup across the group.