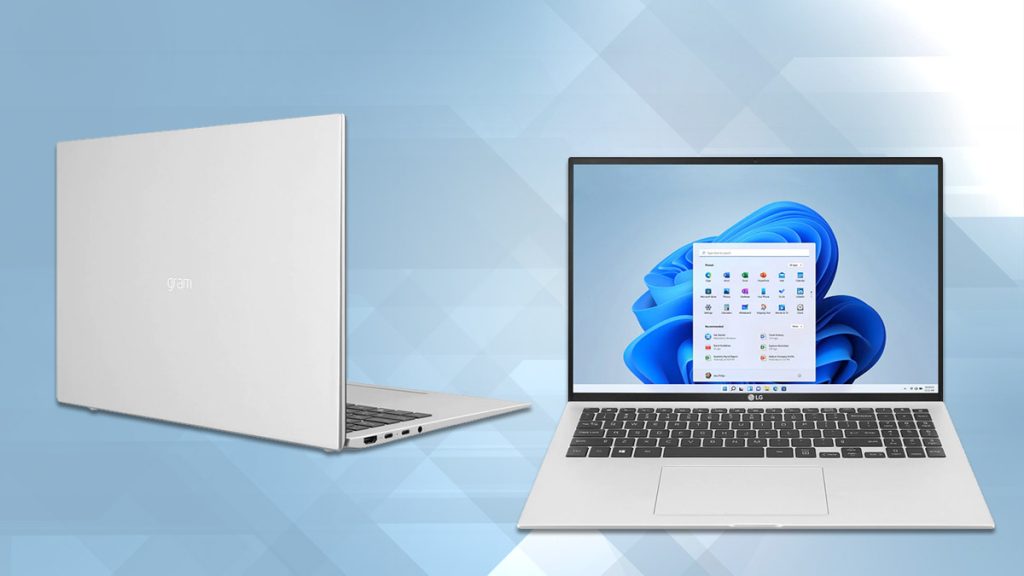 The LG Gram 16 is one of the few large-screen ultrabooks that are currently on the market; it has a bigger display while still maintaining the mobility, lightweight design, and high-end specifications of an ultrabook that has received the Evo certification. The development of 16-inch 16:10 panels in 2021 made this possible, and the Gram 16 is one of the first portable items to have one of these screens.

Most people might not be interested in a huge screen on an ultraportable laptop because it also means a larger gadget to carry about. However, some of you will undoubtedly value the comfort of working on a screen like this, which provides additional area for your apps while remaining thin, light, and sleek. The LG Gram 16 weighs only 1.2 kilograms (2.6 pounds), plus 0.3 kilograms (0.6 pounds) for the charger. They weigh nearly the same as a 13-inch MacBook Air and its charger when combined.

The LG Gram 16 is entirely made of magnesium alloys, has a simple design, and materials with a rougher texture—the sort that provides good grip and deters smudges and scratches rather well. Many of the magnesium alloys I’ve handled in the past have a plastic-like feel to them, but this one doesn’t because of the way the materials are made.

When you take this out of the box, you’ll notice right away how lightweight the entire thing is, considering its size.

Despite this, it doesn’t squeak or bend when picked up, even from a corner. However, the lid cover and keyboard deck do flex substantially, and this type of flex may disturb you if you use it frequently.

Given that, I’d take extra precautions and put this in a protective sleeve before putting it in my backpack. You’ll need to purchase one separately as LG doesn’t include one.

Regarding the IO, it is richer overall than I would have anticipated for such a little laptop and is lined along the sides. Two Thunderbolt 4 compatible USB-C ports, two USB-A ports, a full-size HDMI video connection, a headphone jack, a micro SD card reader, and a Lock are also included. The only little complaint I have is that the charger can only be connected to one of the two USB-C ports, which are on the left edge. It would have been more practical to have the ports split between the left and right.

This LG Gram 16 has a high-resolution 16-inch 16:10 screen with minimal bezels all around and a superb display that is ideal for everyday usage and even creative work because of the wide color gamut coverage.

A few things you should bear in mind, however. First off, LG chose to top this panel with a glossy plastic surface, which, when combined with the panel’s average maximum brightness, causes a lot of glare and reflections to be an eyesore in bright areas or outside.

Despite the glossy texture, there is no touch support, and the protective glass coating that would have otherwise strengthened the lid structurally but also increased weight is absent. Although it is quite similar to this clamshell device and has a 360-degree touchscreen in place of the traditional screen, LG does sell the Gram 16 2-in-1 series in select locations.

Aside from that, I should also point out that even at its lowest brightness level, this doesn’t get very dark, which could be a problem for those of you who like to use your laptop in the dark.

Last but not least, keep in mind that this is a normal 60 Hz panel with reaction times in the 40+ ms GtG range, which makes it unsuitable for any kind of gaming.

Hardware-wise, the LG Gram series is built on the 11th generation Tiger Lake Core architecture, which also underpins several other current generation ultraportables. The Core i7-1165G7 version is the most widely accessible. Along with 16 GB of LPDDR4s memory, it has a quick SK Hynix NVMe disk and quick wifi.

With the exception of the SSD, which may be upgraded, all of the components are soldered to the motherboard. There are two M.2 slots inside, so if you wish to increase your storage capacity, you can just install another SSD.

The LG Gram 16 performs multitasking and regular use with ease, quietness, and composure. Although it can also run some workloads, such as Photoshop for picture processing or some programming tools, I don’t anticipate this implementation to deliver very high performance.

In the LG Control Center control software, LG offers three power profiles to select from, with Optimal intended for daily usage and pperformance as a higher-power alternative. As you can see in the table below, this profile enables the CPU to operate at about 16–18 W of continuous power under taxing loads, making the LG Gram 16 a lower-power implementation of Tiger Lake technology as opposed to the most potent models available.

The LG Gram 16 will be a fantastic option for a larger segment of prospective consumers because there aren’t many full-size laptops that provide the type of mobility, fine craftsmanship, display quality, and daily-use experience you’ll be receiving with this model.