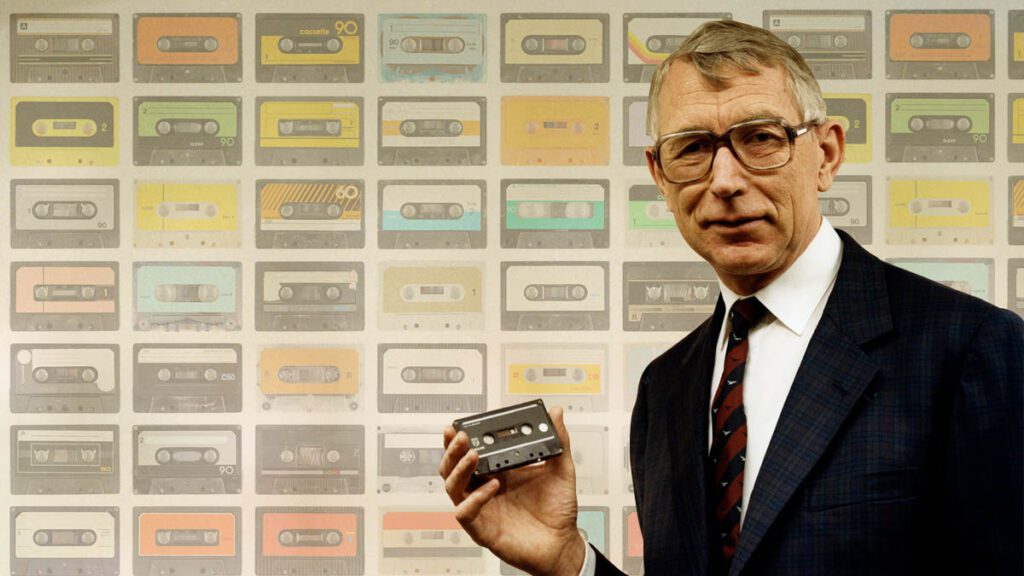 The inventor of the cassette tape, Lou (Lodewijk Frederik) Ottens, has passed away at the age of 94, his family confirmed to news media.

As much as the world has lived with game-changing new technologies over the last several decades, at the time of its invention, over 50 years ago, the cassette greatly changed the portability of music and recording.

In practical usage it proceeded many of current technologies for conveying personal thoughts, political messages, and other information.

But more than anything, the cassette was a medium for music that gave competition to the record industry and proceeded the invention of the CD. Now all three have been confined to antique stores or garage sales in favor of streaming.

But among various aficionados’ cassettes live on – they are the type of legacy technology that can still actually be used, provided you have a cassette player, which often seem to last forever, considering you get the batteries changed.

Records are a whole other matter, as although records and their players have made a niche comeback, finding a working legacy record player can prove difficult and expensive.

According to estimates, Ottens invention led to 100 billion cassette tapes being sold worldwide, as if that wasn’t sufficient accomplishment, at the Phillips company – which was Ottens longtime corporate home – he also supervised the team that developed the compact disc.

In an interview with CNN, Ottens was called by colleague Olga Coolen, the director of the Philips Museum, “an extraordinary man who loved technology.”

Ottens was an engineer by trade and five years after joining Philips, he became head of product development at the company’s audio department, the company said.

After him and his team developed the early portable tape recorder, he revolutionized the technology two years later by inventing the compact cassette.

The goal for this “pocket recorder,” as it was nicknamed, was to be inexpensive and small, with low battery consumption but reasonable sound quality. Originally, Philips planned on working with RCA and using their cassette system, but Ottens found that the dimensions and tape speed of the set made it not suitable for their desired product.

Philips eventually decided to develop their own cassette, with RCA’s cassette as a starting point.

Ottens started the design of the cassette by cutting a block of wood to fit into his jacket pocket. This wood block would become the model for what became the first portable cassette recorder, the EL 3300.

The cassette recorder and tape proved a huge global success, particularly with young users from the 1960s through to the 1980s.

According to Phillips, the innovated device captured test recording of such musical icons as the Rolling Stones Keith Richards “Satisfaction” who recorded a draft version of the song after waking from a dream and then returning to sleep.

He only discovered that something has been recorded when he played the cassette come morning, the rest is history.

Netherlands’s publication Dutch News reported that during a previous interview, when Ottens was asked about pride in his inventions, he modestly answered “I have no pride dial’’ emphasized the engineer, noting that both inventions – the cassette and CD, were team efforts.

Phillips noted for the media, that in 2013, the 50th anniversary of the cassette tape, the company held a special exhibition in honor of Ottens at the Phillips Museum.

The first-ever cassette recorder remains on display, as a testimony to Ottens “foresight and innovation.”